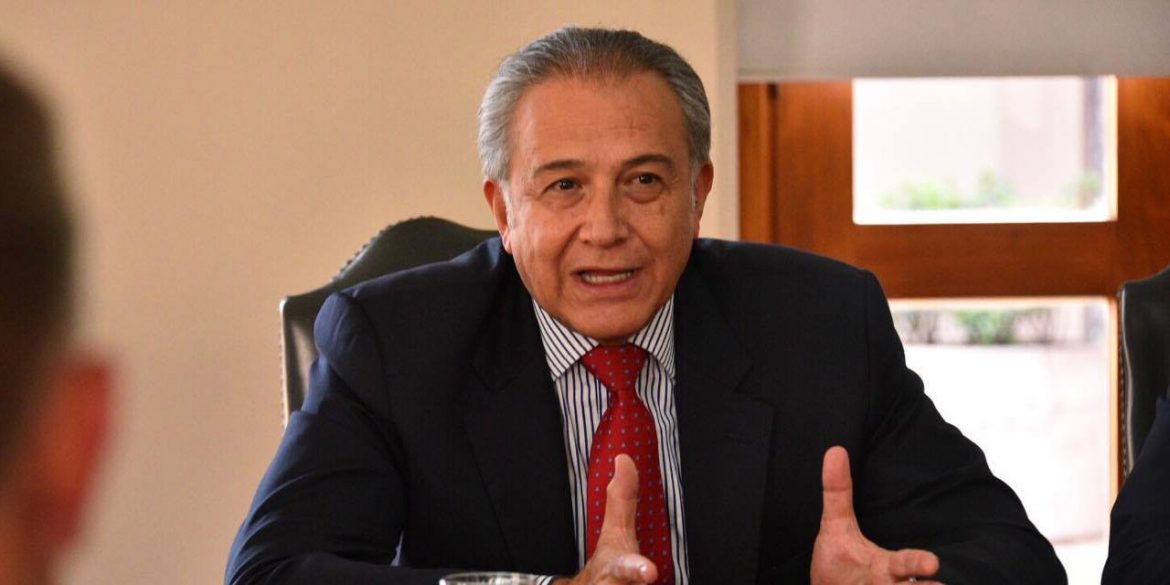 The son of a police general, Naranjo was born in Bogota in 1956. He attended Calasanz College in the Colombian capital, a school attended by religious and upper-middle class students. He applied to study sociology at the National University, but dropped out of the course soon after starting. Instead he enrolled at the Javeriana University in Bogota, to study journalism.

His father, Francisco Jose Naranjo, was commander of the National Police in Bogota at the time. On one occasion when Naranjo had to write an article for a university class, his father got him to accompany a group of policemen on a mission to rescue a kidnap victim. This experience gave Naranjo the motivation to leave his university studies and apply to the General Santander Police Academy.

In 1978 he graduated as an officer. Between 1981 and 1983, his father was the head of the National Police, and this gave Naranjo the opportunity to start his career knowing the institution inside out. This privileged position has undoubtedly helped him through his career.

Naranjo specialized in police intelligence after his father went to retirement. As a captain, he became head of The Technical Investigation Department’s (DIJIN) counterintelligence group. Naranjo modernized the unit, introducing modern wiretapping equipment that would ultimately bring down the bosses of both the Medellin Cartel and the Cali Cartel.

The two played a major role in the so-called 8,000 trial against then-President Ernesto Samper (Liberal Party) about the Cali Cartel’s contributions to his 1994 election campaign. Serrano additionally purged the police of 11,000 police officers with alleged ties to drug traffickers with the help of Naranjo’s Intelligence unit.

The 8,000 process made Naranjo a known — and by some feared  — figure among politicians and was “promoted” the become Colombian government’s police attache in London by President Andres Pastrana (Conservative Party).

After Alvaro Uribe took presidential office in 2002, Naranjo was called back and appointed the chief of police in Cali, at the time home of the Norte del Valle Cartel, which was founded by mid-level Cali Cartel members after their supreme bosses’ arrests in the 1990s.

In his first year, Naranjo recaptured Cali Cartel founder Gilberto Rodriguez, who had been released from prison just months before and was subsequently extradited to the United States.

However, his years in Cali were not without controversy, and led to several claims that Naranjo had links to “Los Rastrojos,” a dissident enforcer army of the Norte del Valle cartel, and “Macaco,” a commander a paramilitary AUC.

In 2004, a prosecutor said that Naranjo was being investigated for providing protection to the Rastrojos, led by “Jabon,” who had gone to war against “Los Machos” of former fellow-cartel boss “Don Diego.”

These allegations surfaced again after his brother, Juan David Naranjo, was arrested in Germany in 2006 and sentenced to five and a half years in a German prison.

Despite the continued allegations, Naranjo managed to continue his rise to power unscathed, and in May 2007 Uribe named him director of the National Police.

As the head of police, he led numerous successful missions against guerrilla group, the FARC, leading to the deaths of top FARC commanders “Raul Reyes” and “Mono Jojoy,” and the 2008 rescue of former presidential candidate Ingrid Betancourt and three US contractors held captive by the guerrillas.

In December 2010, President Juan Manuel Santos promoted him to a 4-star general, making him the first police officer to achieve that rank. The DEA named him an honorary special agent in the same year.

Curious enough, the same DEA released a compromising report in 2011 that contained allegations by a former police chief, Byron Ernesto Ordoñez, that Naranjo had received bribes from AUC paramilitary chief “Macaco.” In the same year, accusations over his ties to the Rastrojos were confirmed by the Norte del Valle’s extradited assassinations chief while on trial in the US. Naranjo again denied the allegations.

He presented his letter of resignation to Santos in April 2012 and left the Police force a few months later, only to be appointed member of the Colombian government delegation for peace talks with the FARC in Havana, Cuba.

After Santos’ reelection in 2014, Naranjo was named as a Counselor for the Post-Conflict, a new position directly linked to his previous role in the negotiations with the FARC and the ELN. He was replaced by senior politician Rafael Pardo only a year later.

Santos and the FARC agreed to peace in August 2016.

The president announced Naranjo’s nomination to become the first-ever general to become vice president in January 2017, to replace German Vargas, who resigned in early March 2017 to prepare his candidacy for the 2018 presidential elections.

Colombia’s Congress backed the appointment, and Naranjo became the Vice President on March 29, 2017.