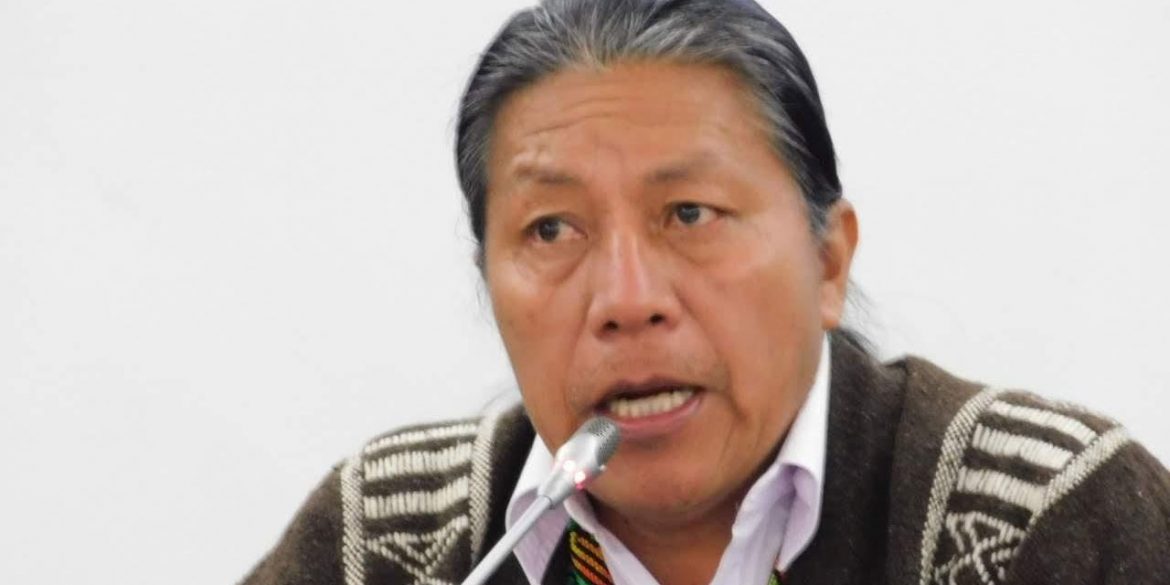 A native Colombian senator survived an assassination attempt on Thursday while on his way to the commemoration of a massacre in the southwest of the country.

The car of Senator Feliciano Valencia, arguably Colombia’s most influential indigenous leader, came under fire in Toribio, a municipality in the war-torn northern Cauca region.

According to the Northern Cauca Association of Elders (ACIN), the senator was not injured in the attack and being protected by the Indigenous Guard of the Taqueyo reserve.

Far-right President Ivan Duque failed to publicly condemn the attack, but did call the opposition senator, according to newspaper El Pais.

Duque has consistently refused to meet with indigenous leaders about the excessive violence that cost the lives of approximately 70 native Colombians in the northern Cauca region this year alone.

Other government officials, like Interior Minister Alicia Arango and Peace Commissioner Miguel Ceballos, did publicly condemn the attack a week after they accused native Colombian protesters led by Valencia of being infiltrated by guerrillas.

The Ombudsman’s Office said they “urge authorities to urgently evaluate the security of the congressman and swiftly and effectively investigate what happened”.

Defense Minister Carlos Holmes Trujillo and top military commanders traveled to Cauca and vowed to “continue working against the delinquents who commit crimes in northern Cauca” after meeting with the opposition senator.

Duque and his defense minister have promised to combat the rapidly deteriorating security situation in historically violent areas for more than two years without any effect.

Valencia and other indigenous leaders have consistently urged the government to implement the 2016 peace deal with demobilized FARC guerrillas, which is fiercely opposed by the president’s political party.