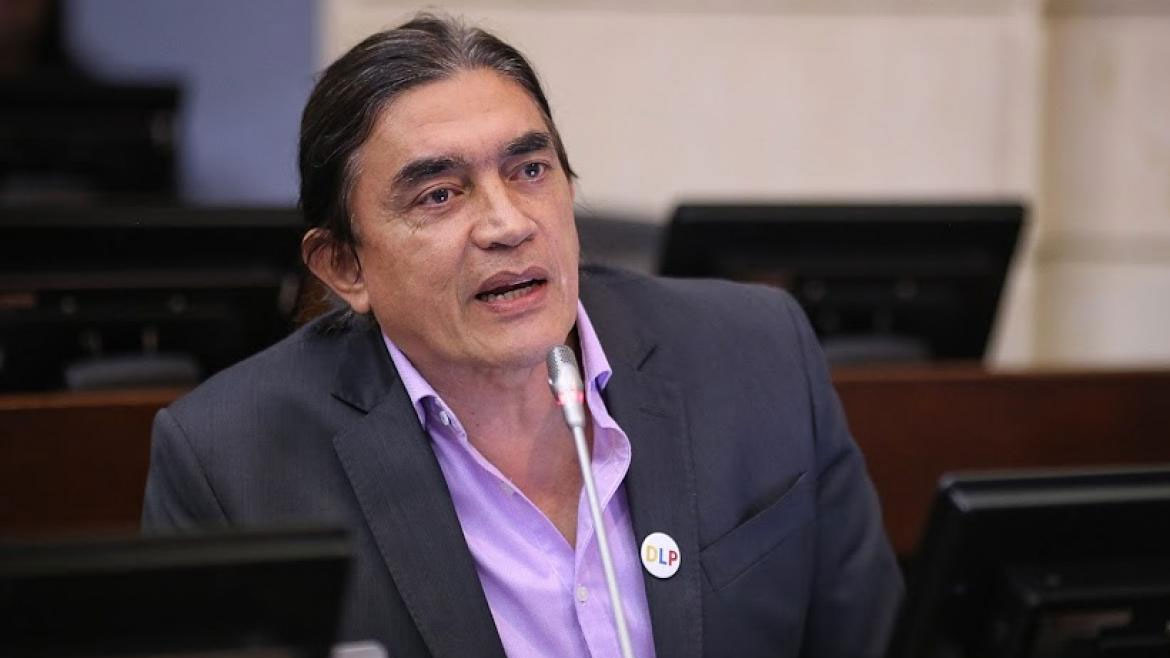 One of Colombia’s leading opposition senators said Tuesday that he has left the country, and requested international protection against death threats and political persecution.

In a video message, Senator Gustavo Bolivar said he had asked the human rights commission of the Organization of American States to protect him.

Bolivar blasted the National Protection Unit (UNP) for allegedly refusing to protect the senator outside of the capital Bogota since the beginning of the 2022 election campaign in mid-September.

I have left the country because of the multiple death threats you already know about, because of the political persecution I am subjected, but more than anything because the National Protection Unit hasn’t granted me their services for my travels outside of Bogota.

The death threats and the bodyguards

Far-right group “Aguilas Negras” issued a death threat against supporters of Bolivar and his political ally, Senator Gustavo Petro, who is running for president in September.

We declare all guerrilla collaborators who call themselves social leaders, union leaders, victims’ committees and all those Petristas who believe that whatever they want in the municipality of Soacha a military objective, sons of bitches who promote leftist policies supposedly to defend human rights and brainwash the people by promoting marches, brigades and protests to later recruit them.

The group with apparent ties to the security forces declared the senator and other opposition politicians a “military objective” last year.

According to Bolivar, the UNP refused the Senator protection outside of Bogota when Petro launched his presidential campaign in Barranquilla in mid-September.

The UNP again denied the senator protection before he returned to the Caribbean port city over the weekend, Bolivar said.

Bolivar testified before the Supreme Court last week after an attorney with ties to the CD filed criminal charges against the senator earlier this year.

Both the criminal charges and the disciplinary probe are due to the fact that Bolivar promoted a crowdfunding campaign for ‘Frontline” groups during anti-government protests that kicked off in April.

The kids of these groups put on helmets and made shields to protect themselves and other protesters against police brutality that allegedly killed dozens of protesters.

The government and the prosecution have accused these protesters of vandalism and even terrorism without evidence.

The senator said that he had talked to Senate President Juan Diego Gomez (Conservative Party) to virtually take part in debates and votes “like the majority in Congress.”

Bolivar additionally said he would return once the UNP agrees to provide the senator with bodyguards outside of the capital.