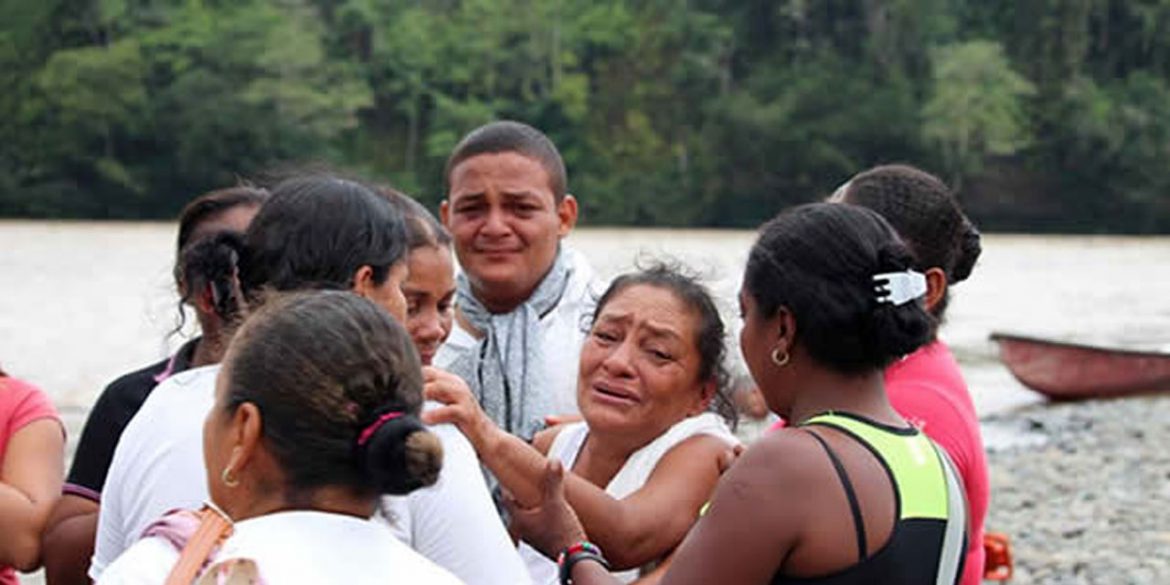 One year after Tumaco massacre, Colombia has sanctioned not one counter-narcotics cop

Anti-narcotics agents allegedly opened fire on protesting coca farmers, killing eight in southwest Colombia exactly a year ago. Not one of the 40 implicated officials has reportedly been sanctioned since then.

The massacre that took place on October 5 last year in Tumaco, Nariño was the first since the government of former President Juan Manuel Santos and demobilized rebel group FARC signed a peace deal in November 2016.

The security forces initially blamed regional FARC dissident leader “Guacho” for the massacre, but this was immediately disputed by the locals and an anonymous soldier who was standing at four yards of the protests when the shooting began.

The Prosecutor General’s Office said in December that it would file criminal charges against the commanders of the military and police units allegedly responsible for the massacre.

A year after the massacre, no official has been convicted and the Inspector General’s Office, which also announced an investigation, sanctioned none of the 40 policemen and soldiers present at the massacre, according to newspaper El Espectador.

According to the prosecution, the promised homicide charges were never filed “because the judges were transferred,” the newspaper reported.

The Inspector General’s Office reportedly also has yet to file charges.

The National Police, which promised an internal investigation immediately after the massacre, told El Espectador that it ended its probe after the “preferred powers” took over.

While the policemen who allegedly murdered the protesters have enjoyed full impunity, the locals in Tumaco have been sucked further into violence.

Abandoned by the state, the farmers are left at the mercy of Guacho and other FARC dissidents, ELN guerrillas, and AGC paramilitaries.

Coca production in the region went up 7% despite the national authorities’ increasingly aggressive counter-narcotics policy to forcibly eradicate coca, much to the despair of Governor Camilo Romero (Green Party).

“What is most urgent is that it is left clear that the farmers and the small producers [of coca] are no delinquents or criminals,” Romero told El Espectador.

But Defense Minister Guillermo Botero disagrees. Instead of continuing a program to replace coca crops and help farmers enter Colombia’s legal economy, he said he would end the program that was set up with the help of the United Nations, against the advice of virtually every expert in the country.