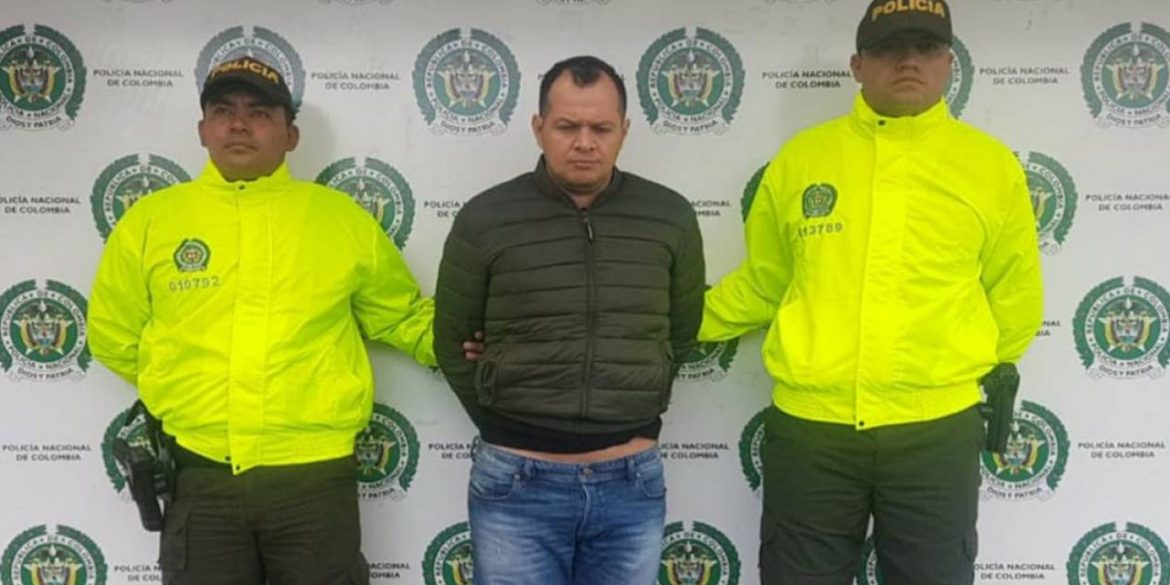 The fugitive leader of drug trafficking group “La Constru” has been arrested just outside Colombia’s capital Bogota, despite alleged protection from the military.

Miguel Bastidas, a.k.a. “Gargola,” was arrested in the city of Soacha on Wednesday just when Colonel Elkin Argota, the National Army’s recruitment chief, was driving him out of Bogota, the prosecution’s Organized Crime chief Claudia Carrasquilla told press on Thursday.

For at least two months before his arrest, the fugitive drug lord had been staying at an army garrison in the capital Bogota, Carrasquilla said. The top prosecutor wouldn’t say which garrison.

The top army official was not arrested because, according to Carraquilla, he wasn’t Gargola’s “bodyguard, but his brother-in-law.”

Gargola went for the third time since 2013 from where he was released in 2017 because, according to police general Fabio Lopez, he appeared on a list of FARC members who were granted amnesty.

Nevertheless, “we carried out the necessary investigations to prove he was no FARC member, but the leader of a structure dedicated to drug trafficking,” police General Fabio Lopez said at the press conference.

The war crimes tribunal expelled Gargola from the peace process after which Gargola again became a fugitive and allegedly sought protection with his top-ranking brother-in-law.

Just before Carrasquilla and Lopez’ press statement, newspaper El Tiempo reported that Gargola had been arrested in an operation in Puerto Asis, a rural municipality in the southern Putumayo province and the stomping ground of La Constru.

Citing “authorities,” El Tiempo reported that the drug lord was arrested together with “El Alarcan,” a former capo of the now-defunct Cali Cartel, and 12 others.

According to El Tiempo, El Alarcan was mysteriously released from prison in January 2017, a month after the FARC began its demobilization process and while Gargola and his brother “Bonito” were in prison.

According to the prosecution, El Alarcan moved to Puerto Asis, a year after Gargola was released from prison in July 2017.

By then, Ecuadorean security forces had found out that dissident members of the FARC’s 48th Front, which had long run the Putumayo drug trade with La Constru, were rearming under the leadership of former mid-level commander “Sinaloa.”

What is happening to the Putumayo drug trade?

La Constru’s long-time leader was presumed to have returned to Putumayo and to be running the drug trade until his arrest with his top-ranking brother-in-law just outside of Bogota.

El Tiempo cited “Military Intelligence” in April, claiming that Sinaloa was assassinated by his own men in March, but his body was never found and the reliability of both the military and the newspaper have been compromised.

Newspaper El Espectador reported that El Alarcan was not arrested on Wednesday, but on Tuesday, meaning that Gargola could have been caught while rushing back to Putumayo with the help of his wife’s high-ranking brother after months of alleged military support.

Whatever the authorities’ role was in Putumayo’s drug trade, the arrest of the National Army’s recruitment chief must have dealt an enormous blow. Now that both El Alarcan and Gargola are back in prison and Sinaloa is allegedly dead, a power vacuum seems to have been created.