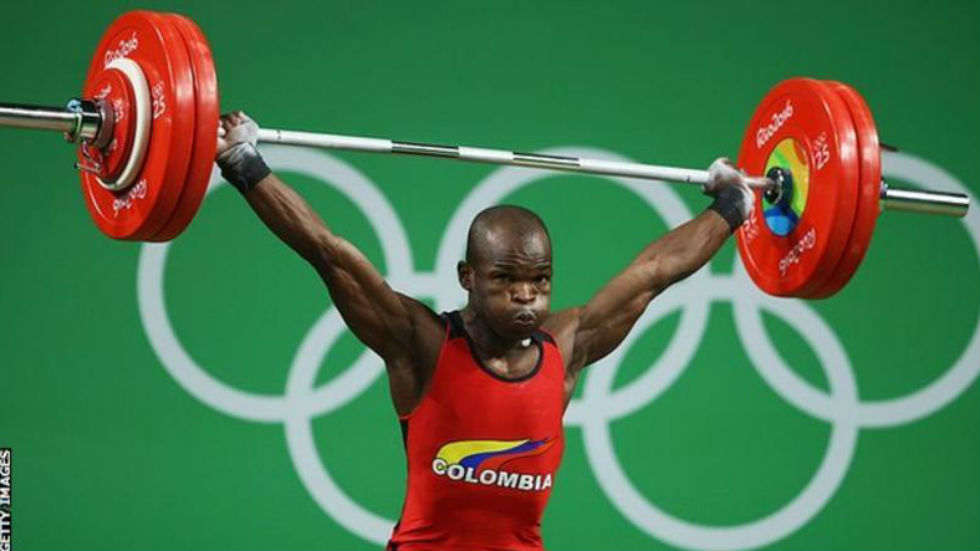 Mosquera, 32, who finished seventh in the 69kg of the Olympic games at Rio 2016 was shot multiple times in the knee and head at a bar in Palmira, Valle del Cauca.

Weightlifting federation Fedepesascol took to Twitter to express its sympathy to the family and friends of the Choco-born star who had worked as a professional soldier for 14 years in the Batallion of Engineers Agustin Codazzi.

Weightlifting is in mourning, Edwin Mosquera, outstanding athlete who represented Colombia in the past Olympic Games Rio 2016, passed away yesterday, our deepest condolences go to his relatives and friends.

No definitive motive was given for the murder but it was reported to have resulted from an exchange of words between Mosquera and the attacker at the nightclub.

Authorities have offered a reward of almost $2,500 for information leading to the capture of the murderer of the athlete described by Colombia’s Olympic Committee as “one of the most prominent Colombian weightlifters of recent times.”

Mosquera won a silver medal at the World Weightlifting Championships in Houston, United States in 2016 before representing Colombia at the Olympic games in Rio.