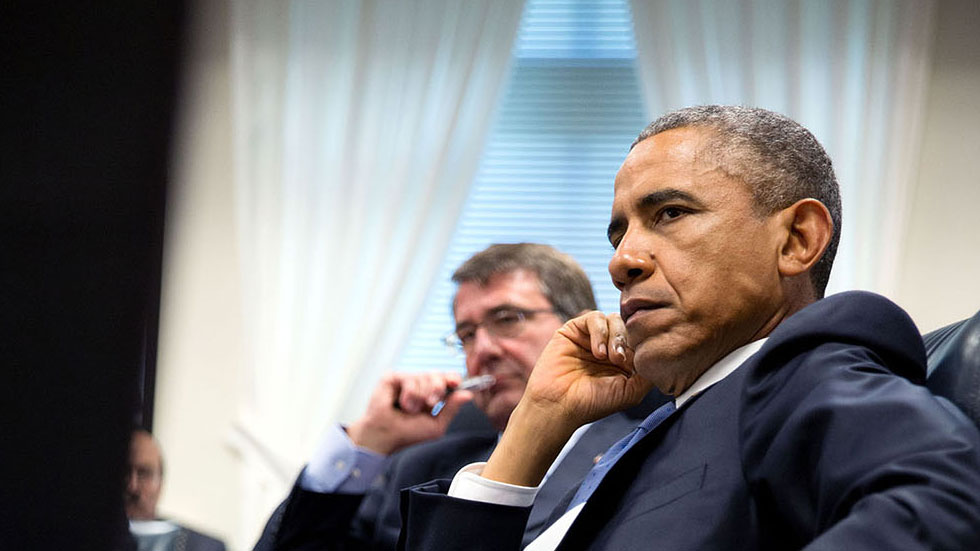 US President Barack Obama on Sunday expressed confidence that his Colombian counterpart Juan Manuel Santos will be able to secure peace in the South American country.

Obama did so while on an official visit to Spain where he met with Prime Minister Mariano Rajoy.

In a brief mention of Latin American issues, Obama stressed his administration’s efforts to normalize relationships with Venezuela and Cuba and said he wishes “lots of luck to President Santos because he’s employing great efforts.”

Peace in Colombia has been elusive for decades.  And the fact that President Santos has been able to initiate these changes and forge a tentative but very important peace deal I think promises greater prosperity and security for all the Colombian people.

Santos has been spearheading talks with the FARC, the country’s largest and longest-living rebel group for over four years.

The United States, once Colombia’s main ally in trying to defeat the FARC, has been supporting the negotiations.

The US government has sent a Special Envoy, senior diplomat Bernard Aronson, to attend the talks that have been taken place in Cuba.

Additionally, Obama asked US Congress to reserve $450 million to finance the massive peace process that will kick off once the Colombian government and the FARC sign a final peace deal.

This deal could come within weeks or months as the warring parties have already agreed to a bilateral ceasefire and negotiators are working on the final details of a peace accord that will end the hemisphere’s longest-running conflict.

While peace with the FARC would be a major step towards peace in the country, other groups that have been engaged in political violence continue to be active.

The ELN, the second largest rebel group, has yet to agree to peace talks and successor groups of the officially demobilized AUC paramilitary organization continue to threaten and kill human rights workers and leftist politicians.