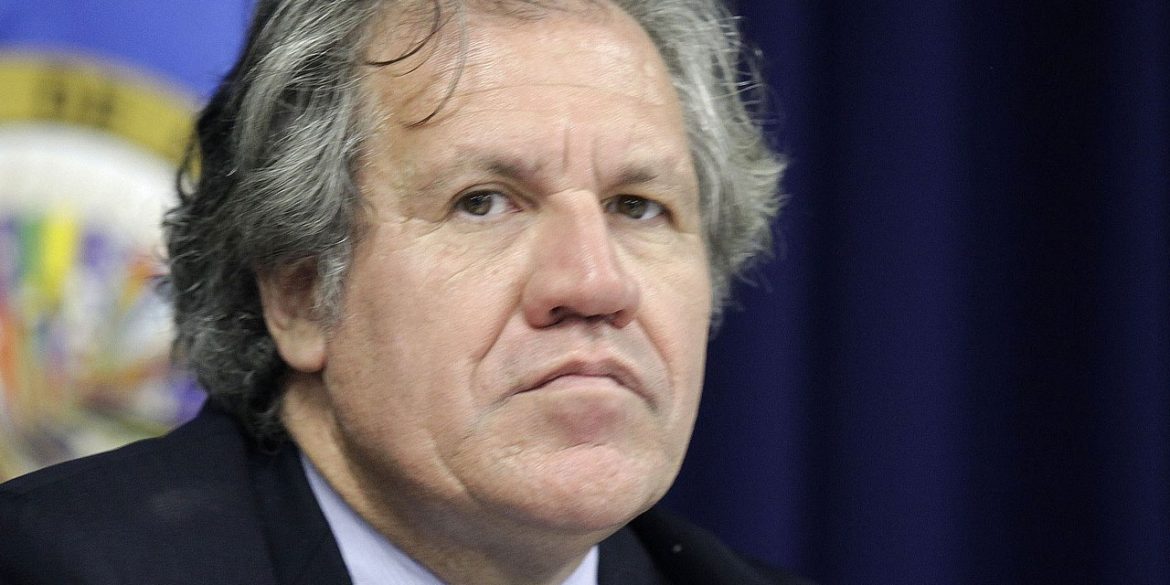 The head of the Organization of American States (OAS) came under fire on Wednesday after praising Colombia’s President Ivan Duque’s implementation of a peace deal made with former FARC rebels.

Powerful peace advocacy group Defendamos La Paz (DLP) asked OAS Secretary General Luis Almagro to clarify a statement made on Wednesday in which he claimed Duque has “done everything” to maintain peace.

Almagro made the claim at the opening of the 49th General Assembly of the OAS in Colombia’s second largest city Medellin.

In a statement signed by former negotiators, lawmakers, victims and social organizations, DLP rebuked Almagro’s claim, saying that “it is not true that President Ivan Duque has done everything to secure peace with justice.”

According to the peace advocates, Duque has deceived the international community, including Almagro.

Despite the fact that, on his frequent international trips, the president has said he is complying with the peace deal, in the country he has restricted his promises to comply with the adequate reintegration of those who laid down their arms and the partial implementation of some aspects of the deal.

“We understand how the contradiction between what he says abroad and what he does at home can cause international observers to come to the wrong conclusion,” DLP went on to say.

Firstly, DLP referenced Duque’s initial refusal to sign off on the country’s war crimes tribunal and persistent attempts to limit the powers of the Special Jurisdiction for Peace (JEP) as clear evidence against Almagro’s claim.

The JEP was set up as part of the peace deal to investigate war crimes committed during the victimization of 8.5 million Colombians

The president has repeatedly undermined the transitional justice system by speaking out against it, most notably after the JEP rejected a US extradition request for FARC congressman “Jesus Santrich.”

The group also criticized Duque’s recently adopted four-year development plan in which major cuts were made to multiple programs designed to prevent a possible return to armed conflict and political violence.

The group reminded Almagro that the peace process includes specific provisions to fight drug trafficking that have virtually been abandoned by the Duque administration.

Crop substitution programs and rural development programs mandated in the peace deal, for example, have not been observed by the current government, the peace advocated pointed out.

It seems inexplicable that the National Government has stopped encouraging voluntary substitution, instead opting for the repressive route which includes spraying these areas with glysophate.

To round off, DLP blasted Duque’s response to the systematic killings of demobilized guerrillas, human rights defenders and community leaders in Colombia.

The high mortality rate poses an existential threat to the peace process, as the deaths seems to be driving FARC dissidence, with 1,600 armed FARC members currently active in Colombia according to the Prosecutor general’s office. Reuters puts the number at 2,300.

Colombia is also suffering an epidemic of violence against community leaders, 51 of whom died in the first four months of 2019 alone.

DLP argued in their statement that Duque’s government has not put sufficient protection measures in place for those under threat, stating that “the murders of hundreds of social leaders paints a very worrying picture regarding the creation of confidence in the process and advancing along the path of a lasting and stable peace.”

In light of these considerations, the organization invited Almagro to make a “more objective” assessment of Duque’s role in the peace process.

The peace advocated stressed that they will make sure every attendee of the conference is notified of the actual situation in Colombia rather than the one portrayed by the president.