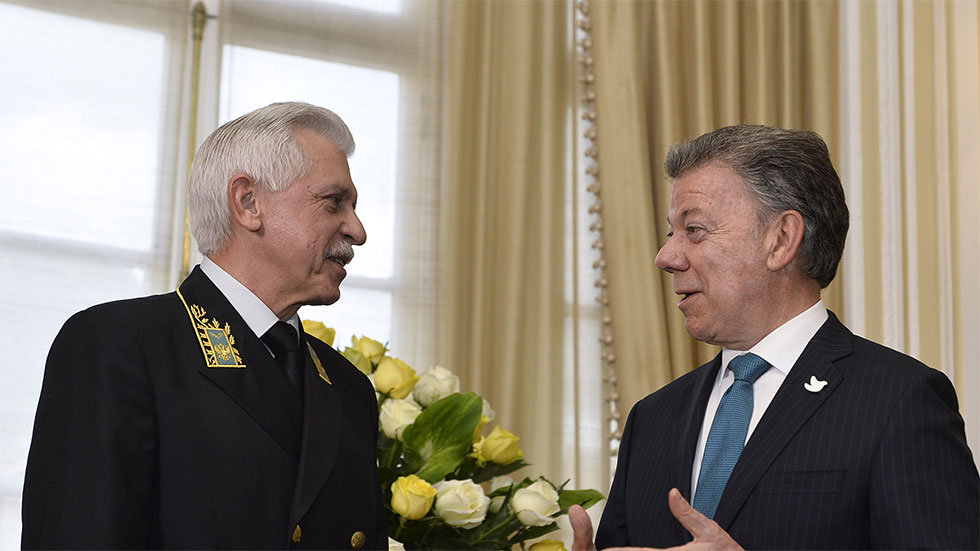 ‘There are no Russians under your beds,’ ambassador tells Colombia

Russia’s ambassador in Colombia on Tuesday denied claims by a Miami university that his country has been interfering in upcoming elections in the South American country.

Ambassador Sergei Koshkin reacted to claims by former US official Frank Mora that Russians are “using social media to generate mistrust and confusion among the electorate,” which led to Colombia’s president installing an intelligence unit to deal with the supposed threat.

They already accused us of many sins and of this also, they accused us of interference in the elections in the United States, where by the way we were so efficient that we won. We were accused of wanting to interfere in the Mexican elections and the Mexicans themselves, their official representatives, denied it outright, and all these accusations, including the latter about Colombia, had no basis or proof. “

Colombian President Juan Manuel Santos on Monday announced that he would create an electoral intelligence unit to curb possible cyber attacks in upcoming elections in March and May.

While Santos did not comment specifically on the claims about alleged Russian interference, he acknowledged that he believed there is a foreign threat.

“There is information of possible attacks or unholy intentions that could even come from abroad,” said the president.

The Russian diplomat Koshkin however, has moved to dispel fears that Russia is a threat, claiming that the accusations have absolutely no foundation.

“There are no Russians on their computers. They can calmly choose the candidate they like. After all, we had relations with Colombians more than 70 years ago,” he said.

Mora, a former deputy assistant secretary of Defense for the Western Hemisphere under President Barack Obama,claimed that Vladimir Putin’s administration is seeking to“identify options that could create a conflict with the US and weaken the alliance between the two countries.”

These claims were vehemently rejected by Koshkin who insisted that in general Russia wants to promote diplomacy with countries in Latin America.

“We are interested in maintaining solid relationships with solid countries, that these governments maintain their diplomacy. That is what interests us. Harming the soundness of governments in Latin America is not our policy,” he said.

A cyber security unit called the Integrated Center for Electoral Intelligence (CI3E) will take force next week to “confront any digital security threat“ ahead or during the upcoming elections, the president said.

The unit will be led by Vice-President Oscar Naranjo and Interior Minister Guillermo Rivera and “count on the support of experts in computer and digital security,” Santos said.

Colombians go to the polls at least twice this year.

A new Congress is elected on March 11. Colombians will then be called to vote again on May 27 to elect a new president.

In the case of no presidential candidate securing more than 50% of the votes, there will be a second round in June.