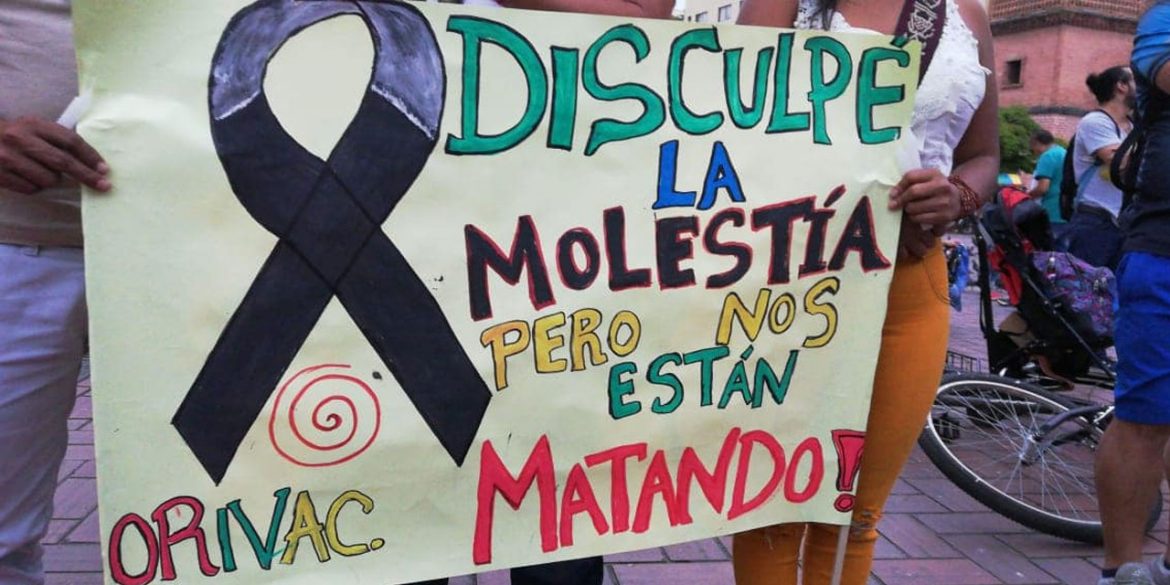 The mass killing of Colombia’s human rights defenders continued unabated in the first quarter of 2020, according to the United Nations and social organizations.

According to UN human rights chief Alberto Brunori, his office received 56 reports of assassinated social leaders, but has only been able to verify 14 of them.

Unfortunately, with the coronavirus, the killers have not given up. We’re seeing a disturbing number of reports. 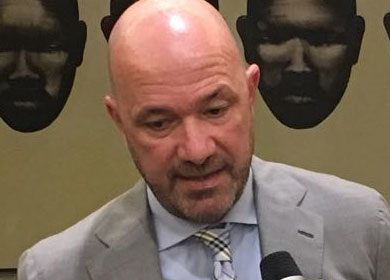 Human rights organization Somos Defensores reported a similar problem. They received 62 reports, but have only been able to verify if the homicides corresponded to social leaders in 36 cases.

Because of a nationwide quarantine that took force on March 25, the human rights leaders have been unable to travel to the often rural areas to verify if the victims belonged to any kind of social organization.

The most complete and concerning report came from Indepaz, which registered 72 homicides in the first three months of the year, more than double that of the same period last year.

The organization added that at least 20 demobilized FARC guerrillas were also assassinated in the first three months of the year.

Social leaders killed per month since 2016 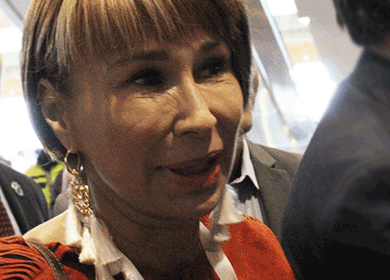 At a virtual congressional meeting last week, Interior Minister Alicia Arango was either concealing numbers or doesn’t have the slightest idea what she is doing, to the desperation of lawmakers of UN mission chief Carlos Ruiz.

While the UN and the social organizations were reporting dozens of assassinations, Arango claimed she knew of no more than the killing of eight, approximately the number of her facial botox implants.

Colombia’s interior minister has no significant executive experience other than being a former executive of President’s Ivan Duque far-right Democratic Center Party.

The minister initially read out statistics  he had been given over prosecution investigations and at one point erratically continued reading out statistics about the eradication of coca, the base ingredient of cocaine.

While in his statistical trance, Trujillo accidentally revealed that coca cultivation between 2018 and 2019 had gone up a staggering 57%. The defense minister was mayor of Cali when the Cali Cartel ran the mayor’;s office, so his failing drug policy surprised few.

According to think tank Fundacion Ideas para la Paz (FIP), the quarantine to slow down the coronavirus is likely to further aggravate the mass killing of social leaders and demobilized FARC leaders.

Restricted mobility can increase the vulnerability of these people, making their routines and location much more predictable, while the channels of care and reporting of attacks can be affected by the reorientation of the activities of State institutions.

While communities and their leaders are confined to their homes because of the quarantine, illegal armed groups and the military are not, making the social leaders more vulnerable to deadly violence than ever before.

In most cases illegal armed groups are suspected of carrying out the killing, but claims and evidence that the security forces are involved in the extermination are becoming more evident by the day.

Investigating homicides is also severely impeded because prosecutors and social organizations are  hardly able to carry out investigations without violating the quarantine.

Meanwhile, the Duque administration is overwhelmed by the pandemic and  more distracted than ever.