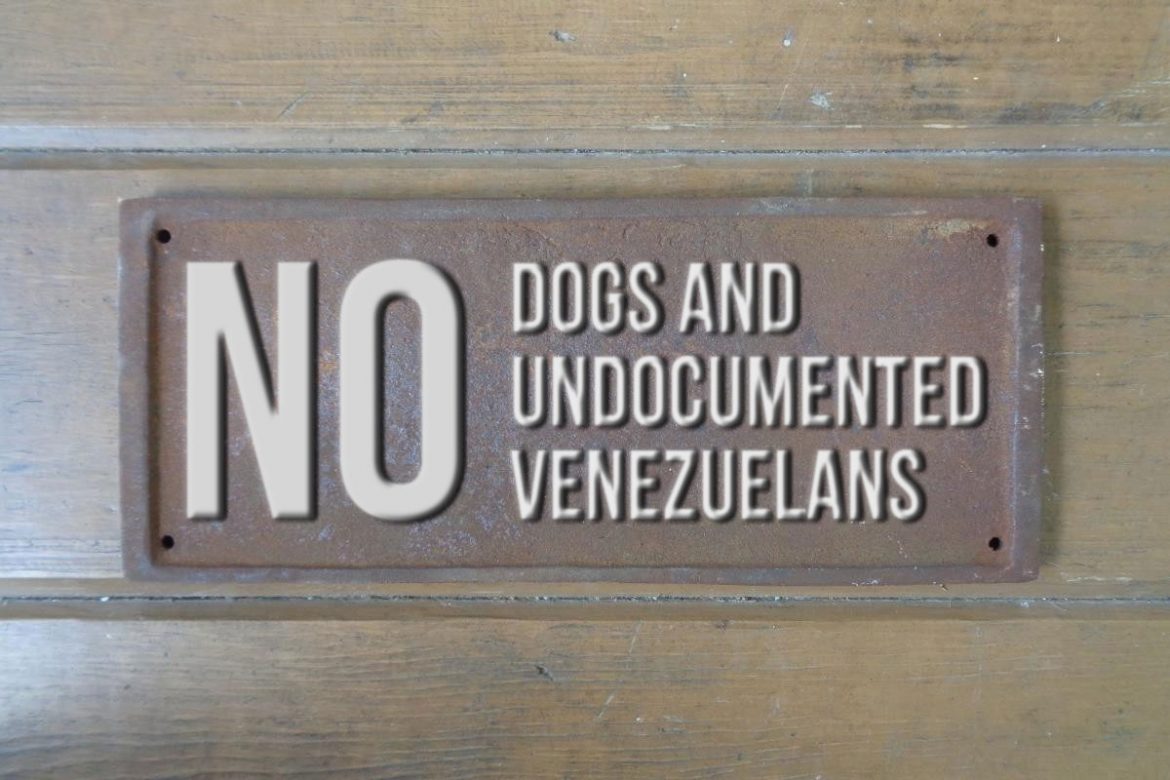 Colombia’s government refusal to provide COVID vaccines to some 900,000 undocumented refugees from Venezuela effectively could result in ethnic cleansing.

The refusal of far-right President Ivan Duque’s to vaccinate the refugees spurred fierce criticism and fueled xenophobia targeting the 1.7 million refugees, many of whom are Colombian citizens, who are currently estimated to live in Colombia.

We have our priorities, which will always be the Colombian citizens.

Academics warned that excluding part of the population makes no sense from an epidemiological point of view while  leading opposition Senator Gustavo Petro stressed that “xenophobia is one of the pillars of fascism” and asked what would happen if Colombians abroad were excluded from vaccination campaigns.

Former health minister and rector of Bogota’s elite Andes University, Alejando Gaviria, said Duque’s exclusion of undocumented migrations “was a bad idea from an epidemiological point of view” and “unethical.’

Not vaccinating Venezuelans is a bad idea from an epidemiological point of view. But it is above all an unethical proposal: it excludes the most vulnerable and discriminates in an almost threatening way against a group of people because of their nationality and immigration status.

Because of the government crisis in Venezuela, 56% of those who fled to Colombia had no choice but to do so without any formal documentation.

These migrants and refugees, many of whom are Colombian citizens, would be denied a vaccine in what could become a biological ethnic cleaning.

Duque left it to his embattled Health Minister Fernando Ruiz to explain why the government refuses to vaccinate the approximately 900,000 undocumented migrants.

According to Ruiz, the reason to exclude the refugees is merely a matter of statistics as the government is trying to measure the side effects of those receiving a vaccine “be it Colombians or non-Colombians.’

In order to come up with a coordinated plan in which we had complete traceability of the vaccinated people and that allows us to study the side effects, it was fundamental and essential that the population was registered.

Calculating how many of the 900,000 undocumented migrants could die without healthcare is impossible to calculate, especially because the UNHCR expects the number of immigration to increase 20% before the end of next year.

The government has previously implied to not be in a rush to document at least the Colombian refugees, citing electoral interests in the 2022 elections.

Estimated refugees from Venezuela next year

Among both documented and undocumented migrants from Venezuela, 600,000 refugees are already on the brink of starvation, according to the UNHCR, making their health even more vulnerable.

The living conditions of refugees and migrants with the intention to stay in Colombia have deteriorated significantly following the introduction of the COVID-19 preventive isolation measures. The loss of income from formal and informal jobs has decreased their ability to access basic goods and services, such as food, health, and education: 60% of households reported to have a source of income from employment, compared to 86% before COVID-19. 69% of those surveyed stated that they had been deprived of at least one meal a day out of the three required, with 60% of the households eating twice a day, and 9% eating only once.

When your ethnicity becomes a public health threat

The appearance of a new strain in the UK made it evident how easy the coronavirus can mutate while the development of drugs against HIV/AIDS has shown how long it could take to provide innovative drugs to poor countries.

“With HIV/AIDS, it took 10 years for the drugs to reach people in lower-income countries,” Arzoo Ahmed of the Nuffield Council on Bioethics from the UK told The Associated Press in July.

Executives at Pfizer and some other major drug makers have opposed suspending patent rights proposed by World Health Organization (WHO), which warned that the rush of rich countries to obtain a quick vaccine pharmaceutical firms trying to make a profit could backfire.

The longer lower-income countries have to wait for a vaccine, the bigger the chance becomes of a COVID variant that is resistant to early vaccines and could cause a new pandemic.

To prevent this, the WHO convinced a number of countries, including Colombia, to create a pool to create the not-for-profit COVAX vaccine, which would allow lower-income countries access to a vaccine.