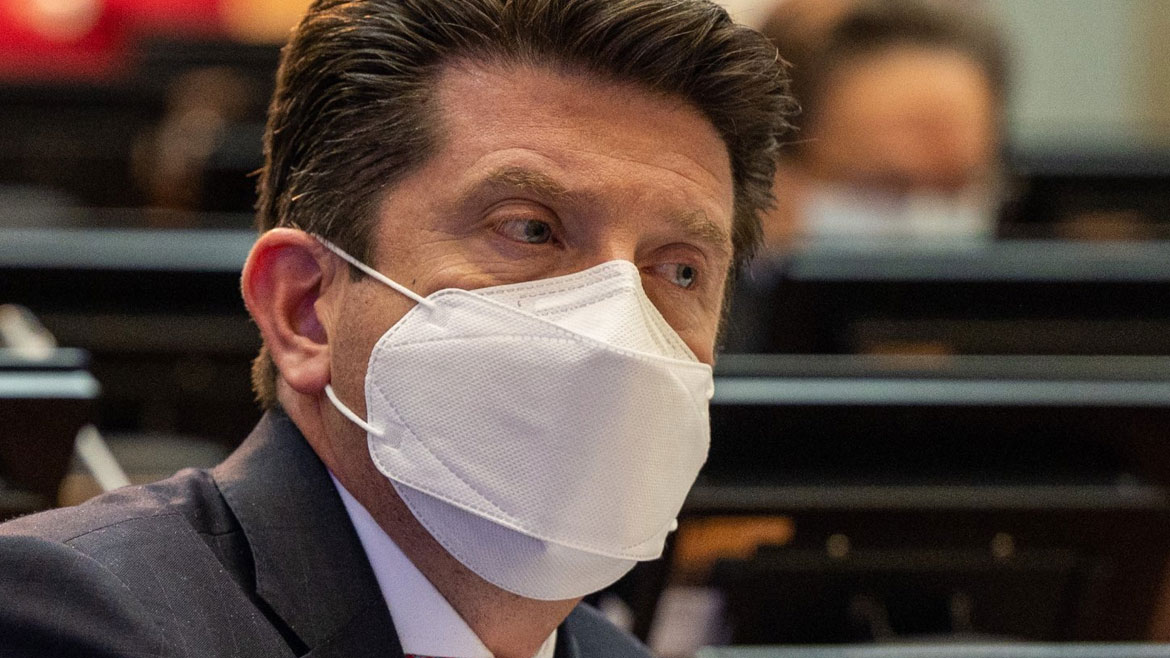 Police intervened in Colombia’s congress on Tuesday when a debate on a no confidence motion against the defense minister threatened to turn violent.

Emotions overheated when coalition Representative John Jairo Hoyos (U Party) said he would break with the coalition agreement to vote against the motion.

Police stepped in to prevent physical aggression between lawmakers in a nearby chamber and House President German Blanco (Conservative Party) adjourned the session.

I would like to remind the lawmakers that their behavior is being watched on television by an entire national audience, these confrontations do not lead to anything. I beg all of you to compose yourselves.

Molano defended himself against the motion in the Senate on Monday before the expected vote in the House on Tuesday.

The defense minister is under fire because of overwhelming evidence that the security forces have engaged in gross human rights violations to crack down on peaceful protests.

In some cases police brutality led to violent retaliations and in other cases armed civilians attacked protests.

On Tuesday, one person was killed and the local courthouse burned down in Tulua, a city in the Valle del Cauca province, two days after armed men murdered three anti-government protesters.

Molano blamed the fire on “vandals who want to obstruct justice,” associated the incident to the protests and said “those responsible will be know the weight of the law.”

The United Nations called for calm, “dialogue, non-violence and the respect for the human rights of all people.”

We are in contact with authorities and civil society. We are reminding that human rights and dialogue are the way to overcome this situation.

Despite the aggression in Congress and the outbreak of violence in Tulua, the defense minister is expected to return to Congress for the vote on the motion of confidence on Wednesday.