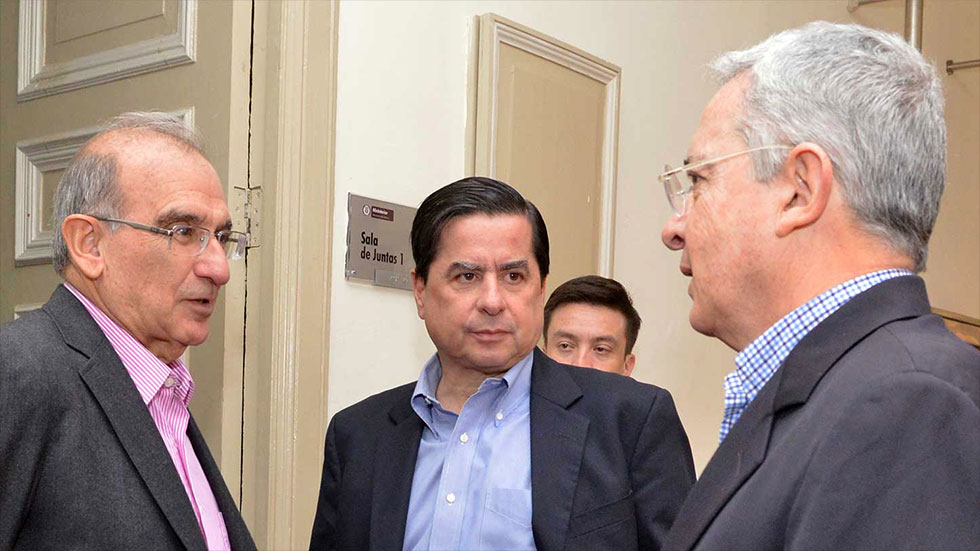 ‘No agreements’ after negotiations with Uribe on Colombia peace deal

While Colombia’s government negotiators and former President Alvaro Uribe reached no agreement on amendments to revive a sunk peace deal with the FARC, both parties stressed the cordiality of the three-day negotiations.

Uribe was the leading promoter of a “No” vote in an October 2 referendum in which Colombia’s voters narrowly rejected the peace agreement with the FARC that had been negotiated since 2011.

After years of resisting peace with the FARC, the former president and his political allies agreed to sit down with government negotiators to seek the inclusion of their objections to the revised deal that will either be sent to Congress or be put before the public in a second referendum.

The talks began Monday and continued until Wednesday, after which the government negotiators said they had received 410 proposals.

These proposals on Thursday will be scrutinized for viability by the administration of President Juan Manuel Santos before being sent to Havana where the FARC has to agree to amendments to the deal that was signed just days before the referendum sank it.

After the removal of proposals deemed unfeasible by the government, chief negotiator Humberto de la Calle said he will deliver Uribe’s proposals “with the intention of restarting the discussion with the FARC and producing a new deal, one that is genuinely new and has changes that allows more Colombians to support this idea of a national agreement.”

While De la Calle said that many of Uribe’s proposals will be “difficult” to include in a revised pact, the negotiator stressed the “positive environment” in which the talks took place in contrary to the often harsh clashes between Uribe and Santos in the preceding years.

This was confirmed by Democratic Center president Oscar Ivan Zuluaga, who told press that in spite the fact “there were no agreements” “it is important to stress that the debate was held in a frank and positive tone and a good environment.”

According to Zuluaga, “there are a lot of coincidences in issues like integrated rural development, political participation and victims.”

According to De la Calle, this was because a number of proposals from the “Uribistas” were already in the deal.

The proposals of Uribe will be included in the set of more than 400 proposals from civil society for “adjustments and clarifications of the deal” that seeks to end 52 years of violence that has left more than 265 thousand Colombians dead and 7 million displaced.

Once the government and the FARC have reached agreement about the revises agreement, it will either be sent to Congress or put in a referendum before the Colombian people for ratification, after with the suspended peace process can continue.