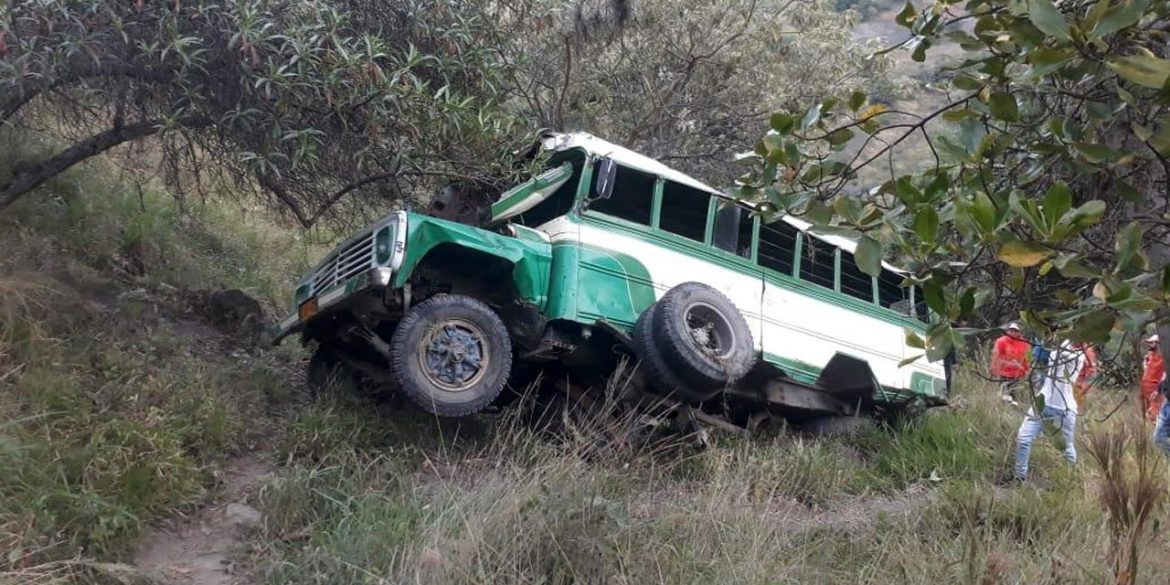 Nine people were killed and 10 were injured in northeast Colombia on Wednesday when a bus plunged in a 150-meter ravine. The deadly bus crash is the second this month.

The latest accident took place in San Mateo, a rural municipality in the Boyaca province.

According to newspaper El Tiempo, the 80-year-old driver of the 50-year-old bus did not have a license to drive public transport buses.

The bus drove off the road and fell into the ravine due to an error of the driver, who was among those killed in the crash, according to the newspaper.

According to Triana, the bus was not registered as a public service provider and transporting locals in the remote and mountainous area around San Mateo.

Another nine people were killed in a bus crash in the southwestern Valle del Cauca province earlier this month.