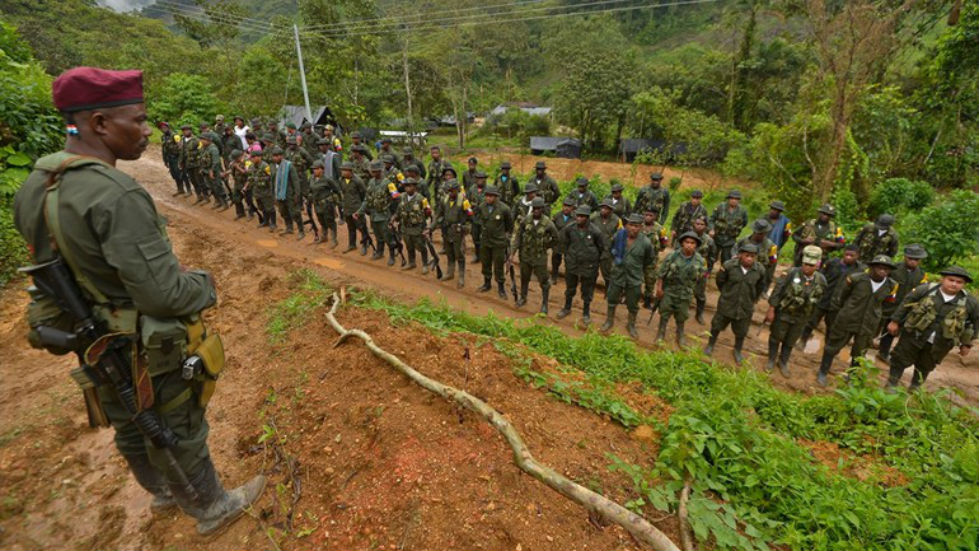 A number of alleged drug traffickers who were claiming to be FARC guerrillas in order to avoid extradition to the United States have been excluded from Colombia’s ongoing peace process, reported W Radio.

The unidentified drug trafficking suspects, many of whom reportedly are facing extradition to face drug charges in the US claimed that they had been financing the Marxist-inspired guerrillas in their “anti-subversive struggle in the midst of armed conflict in the country.”

The claimants hoped that they would be considered to be part of the guerrilla movement thus entitling them to enter the special transitional justice system that the demobilizing rebels will benefit from.

According to W Radio, the drug traffickers had collected and delivered almost $1.7 million in an attempt to persuade the FARC to credit them as members but as responses slowly came back to their prison cells, they were notified that they would not qualify for inclusion.

The narcos admitted that they had “been kicked out” and not put on the FARC list, thus leaving them to face the full force of the law, which in many of their cases includes extradition to the United States.

The extraditions had been held up for several months awaiting confirmation from the FARC leadership as to the level of involvement of the individuals.

President Juan Manuel Santos on Monday did order the suspension of the extradition of Franklin Mosquera that was agreed in February until authorities have verified whether or not he qualifies as a member of the FARC.

The suspect was arrested in 2009 on claims he was a member of the FARC’s 34th Front.

The rules cited by the Judiciary refer to the guarantee of non-extradition that “reaches all members of the FARC-EP and persons accused of belonging to that organization, for any conduct performed prior to the signing of the final agreement.”