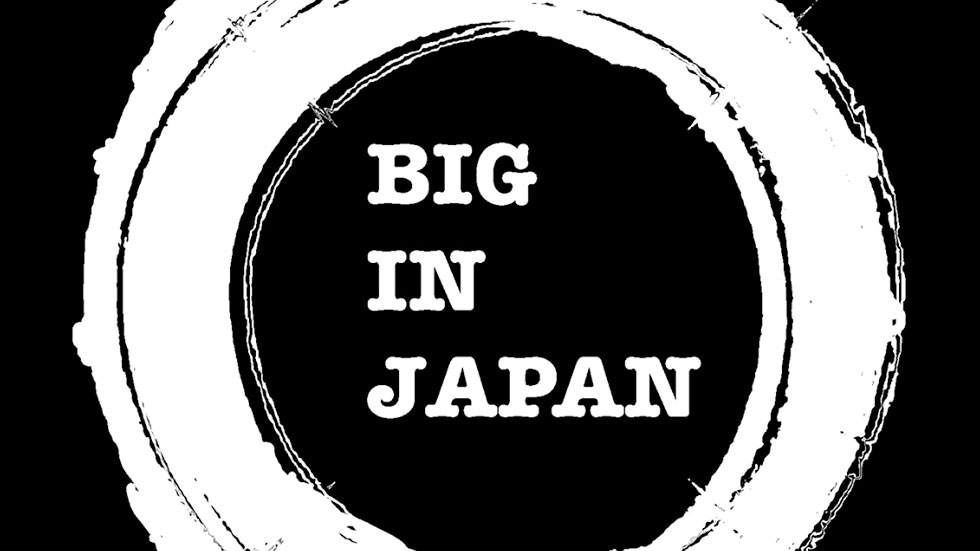 A brand new Bogota-based record label, Big in Japan, is promoting Colombia’s diverse music talent to the rest of the world.

“Big in Japan” – explains British co-founder Seb Jenkins –  is a term to describe something you may not have heard of but is up-and-coming.

“The idea with the label is to start with acts from Colombia and help push them to a wider audience,” Jenkins told Colombia Reports.

Colombia is a great market, but it’s also a limited market. And I think that a lot of the music being produced will connect really well in Europe too. That’s the intention behind Big in Japan.

Jenkins comes from a music industry background based in Europe. His first professional job in music was with the Ninja Tune record label, where he met Liam Nolan, who who went on to become his current day business partner.

From management to marketing, he experienced the ins and outs of the industry, before taking off to travel through Latin America and then returning to live permanently in Colombia. Jenkins moved first to Medellin to learn Spanish, and then to Bogota to immerse himself in the local music scene.

After working in the music industry in London for so many years, I felt like I knew a fair bit about it. But coming to Colombia was a huge education for me. Outside of Colombia, the music here is classified as “Latin” music, whereas actually it’s so much richer than that. There’s cumbia, bachata, reggaeton, vallenato … and then you have so many genres within that. There’s an incredible burgeoning electronic music scene as well, which for me, is hugely underrepresented outside the country. Which is a shame.

To really dive deeper into Colombia’s music scene, Jenkins threw an event in Bogota in October of 2015. Jenkins brought over an old friend DJ/Producer DJ Vadim from London to headline, accompanied by local acts such as Dani Boom, the DJ/Producer for Afro-Caribbean collective Systema Solar, as well as local hip-hop/funk/soul legend DJ Fresh. With Red Bull Music Academy on board as sponsor and Colombia’s Shock magazine stepping in as the press partner, the event was a success.

Following the event, Dani Boom invited Jenkins over for dinner.

“He played me some music from his new project El Leopardo, and I loved it,” said Jenkins,

I said to him straight away, ‘I really want to work with you on this, in a management capacity.’ I really felt that there is such a vibrant music scene in Bogota, and Colombia.

Jenkins got in touch with Liam Nolan, his coworker from his days at Ninja Tune, who was now living in Berlin working with a techno label called EPM Music.

They discussed all the amazing sounds coming out of Colombia, and how great it would be to use their connections to help promote it outside of the country. Jenkins followed up the conversation by sending him a bunch of contemporary Colombian electronic music he thought had that potential – acts like El Leopardo, Cero39, Ghetto Kumbé, Zyderal, Mitu, Las Hermanas, Sagan and bigger acts like Systema Solar and Bomba Estereo – and Nolan loved all of these as well.

“Liam said, look, if this is something that you want to do, I’m in,” Jenkins said.

Shortly after, Jenkins was talking to Cero39’s manager, Luis Felipe Rios, who said that the group was looking for a new label to release their upcoming EP on. While Cero39 might be well-renowned in Colombia, they could be considered an obscure electronic duo outside of the country. With Cero39  preparing to take off on a European tour, the time seemed right to get on a label with European connections.

Jenkins and Nolan rushed to get their new label up and running to correspond with Cero39’s tour. By the end of May 2017, they had launched Big in Japan Records, and a couple days after that, their first EP.

Cero39 has garnered some good press coverage, including features in New York’s remezcla.com (a source for emerging Latin music & culture), Noisey Colombia, The Ransom Note (UK) and support on important radio shows like Nemone’s Electric Ladyland on BBC radio 6 as well as other European radio stations and featured on Spotify playlists.

“It’s exciting to work with super talented musicians, with sounds that are different than what people are used to, but that have the ability to connect as well,” Jenkins said, “To be able to go on that journey with the artist, and to help them on that journey, I think is the exciting bit for us.”

Big in Japan has a couple more EPs set to release later this year, including one from Dani Boom, and another from local electronic act La Payara. There are additional releases in the works that are still under wraps, but that could do big things for Big in Japan Records, and for Colombian music worldwide.

The main focus for the label in it’s infancy is to push the vast array of Colombian talent that Jenkins has discovered and then also release from other scenes they discover around the world as well.

Big in Japan has a few more EPs set for release later this year, including one from local techno legend and co-architect of the 90’s Bogota rave scene, Dani Boom, and another from new act, La Payara, who fuse cumbia with psychedelia and electronic beats.

There are additional releases in the works that are still under wraps, but that could do big things for Big in Japan Records, and for Colombian music worldwide.