Nestor Humberto Martinez is Colombia’s former chief prosecutor and a highly controversial figure because of his association with some of the country’s biggest corruption scandals.

Martinez is the son of Humberto Martinez, a late comedian and journalist, and graduated both in economy and law at the elite Javeriana University in Bogota.

The chief prosecutor is considered one of Colombia’s “super poderosos” with influence in all branches of government, the private sector and even the United States’ Drug Enforcement Agency.

After ending his studies in the early 1980s, Martinez began his career at the business watchdog Superintendency of Societies after which he became one of the top judicial advisers of the Bogota Chamber of Commerce.

In 1988, when Martinez was only 34, former President Virgilio Barco (Liberal Party) named him Superintendent for Banking after which he became the chairman of the Banking Supervising Organism of Latin America and the Caribbean, vice-president of the Inter-American Development Bank and a member of the board of directors of Colombia’s Central Bank. 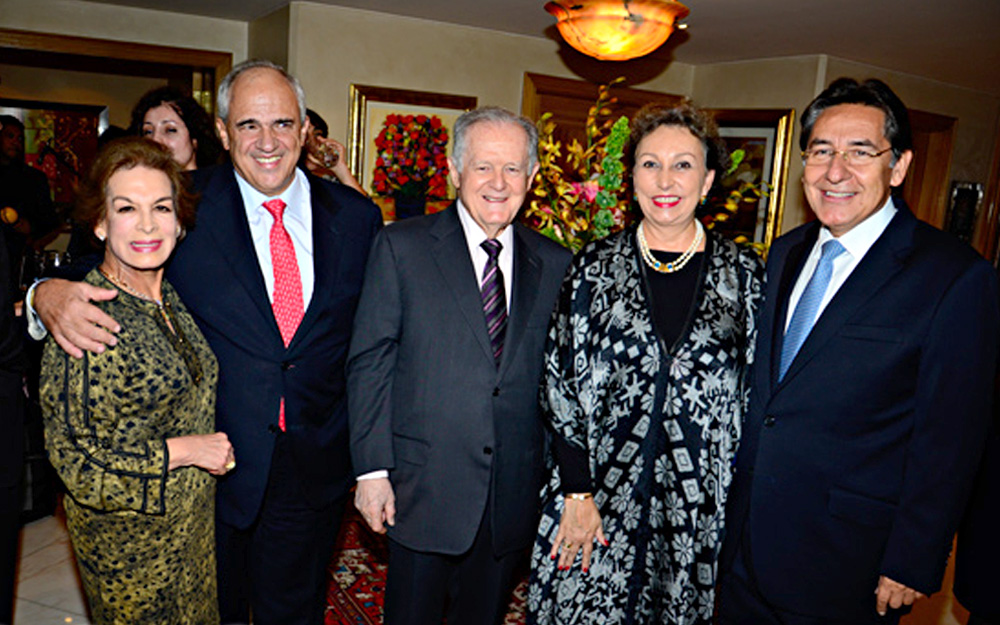 Martinez entered government in 1994 when former president Ernesto Samper (Liberal Party) — who was elected with the support of the Cali Cartel — appointed him Justice Minister.

Martinez and other Liberal Party dissidents formed the “Alliance for Change” party.

Pastrana rewarded Martinez for his political support and appointed him Interior Minister, with disastrous consequences.

Escape to the private sector

While he was Interior Minister, Colombia was nearly declared a failed state and Martinez came under tremendous pressure. He resigned in 2000 before Congress could hold a vote of no confidence.

Dynasty politician German Vargas took over Alliance for Change and dubbed it “Radical Change” after a political merger with his “Colombia Forever” party in 2002.

While maintaining his relations with the liberal political dynasties, Martinez helped Sarmiento buy newspaper El Tiempo of the family of former President Juan Manuel Santos and even became one of the newspaper’s editorial board members.

With the help of massive bribes to both the Uribe administration and Santos’ 2010 presidential campaign, the consortium was granted the project. According to evidence released by a late witness, Martinez was aware of the bribery practices and called the guy who denounced the crimes an “idiot” for raising the issue.

After Santos was elected president in 2010, Vargas took part in the government and Martinez gradually moved towards politics again, taking advantage of the facts many in Colombia had forgotten the failed state episode.

In 2013, Martinez was the government’s judicial adviser on the controversial privatization of government land, a project that was also disgraced by fraud.

When Santos was re-elected in 2014, he named Martinez “Minister of the President,” a post that did not exist before and had no clear job description, but made Martinez the most powerful man in Colombia after the president.

The “superminister” was forced to resign in June 2015 after a public fight with then-Interior Minister Juan Fernando Cristo and then-Justice Minister Yesid Reyes over the rewinding of a 2005 constitutional amendment that allowed a president two terms as President, which had caused a major distortion in the balance of power.

Less than a year after Martinez left government, Santos proposed him as Prosecutor General at the recommendation of Vargas, and Martinez’ nomination was approved by the Supreme Court.

In fact, the chief prosecutor appointed an attorney best known for defending corrupt politicians, Luis Gustavo Moreno, as anti-corruption chief, a decision he came to regret a year later after the DEA caught Moreno red-handed trying to barter bribes between corrupt politicians and Supreme Court magistrates.

In November 2017, the US Justice Department publicly accused Odebrecht of having bribed Colombian officials to acquire the Ruta del Sol project. Martinez, who had been the Odebrecht consortium’s legal adviser and had personally approved the project as “superminister,” came under fire for taking charge of the investigation of the scandal that had his name written all over it.

Martinez’ already controversial career took another turn in 2018 when he openly began opposing a transitional justice court that had come into power as part of a 2016 peace deal with the FARC, until then the country’s largest rebel group.

The chief prosecutor caused a judicial crisis after he ordered a raid of the Special Jurisdiction for Peace (JEP) main office in Bogota and opened criminal investigations against JEP workers.

JEP president Patricia Linares said Martinez was “categorically meddling with” and even “intimidating” the court. The representative of the United Nations in Colombia, which had been monitoring the peace process, implicitly urged Martinez to “respect” the JEP.

Around the same time, the Supreme Court appointed Special Prosecutor Leonardo Espinosa to investigate parts of the Odebrecht bribery scandal after two witnesses and the son of one witness died, reports of disappearing evidence emerged and Martinez’ conflict of interest became evident.

Martinez resigned in May 2019 days before the Supreme Court reportedly planned to tell him all investigations into corruption by Grupo Aval and Odebrecht would be removed from the Prosecutor General’s Office.

The special prosecutor effectively and immediately became redundant and within 48 hours prosecution officials ransacked Espinosa’s office and removed all the evidence obtained during five months of investigation, including evidence that reportedly could incriminate Martinez.