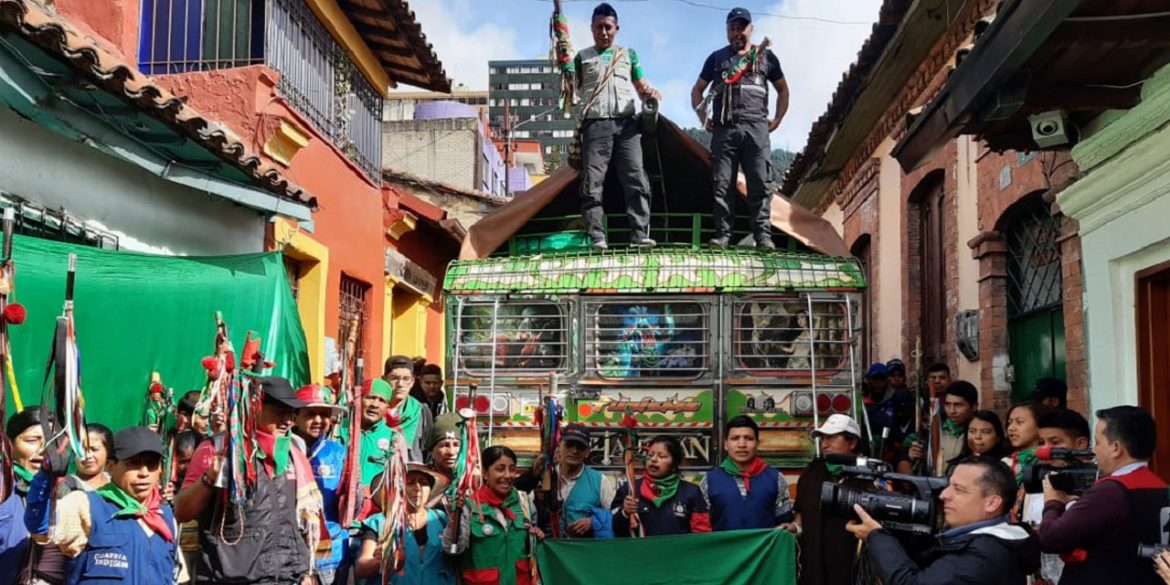 While Colombia’s President Ivan Duque was having a “National Conversation” with himself, native Colombian representatives arrived in the capital Bogota on Thursday to join urban protesters.

The representatives of 24 indigenous peoples arrived in the capital to give the government their proposals to strengthen their autonomy on Friday, according to national indigenous organization ONIC.

Others joined the urbanites in ongoing anti-government protests that entered their second week on Thursday.

According to a spokesperson of the CRIC, the organization of the indigenous peoples from the southwestern Cauca province, their delegation took its time to stop in towns and villages on their way to explain the purpose of their trip.

Meanwhile in their territories, indigenous communities have begun blocking roads and railroads in another escalation of the protests that have isolated Duque and his far-right Democratic Center party.

On Thursday, the Wayuu people in the northern La Guajira province blocked the railroad that connects the coalmine of controversial company Cerrejon to its port on the Caribbean coast.

In Cauca, the Nasa people blocked the Panamerican highway connecting Ecuador to the cities of Cali and Medellin on Wednesday, allowing traffic to pass intermittently.

The native Colombians announced their support for the national strike that triggered the anti-government protests after the murder of an indigenous governor in Cauca in late October.

The indigenous peoples previously rose up about ethnic violence in March, but like other social organizations they say the government refuses to hold meaningful talks to resolve their concerns.

President Ivan Duque  traveled to Cauca in response to the deadly violence that has been targeting indigenous and other social leaders three times, but not once agreed to meet with civil society representatives.

Also during the ongoing protests, the president has refused to negotiate with strike leaders, despite broadly supported calls to do so. Instead, Duque kicked off a “National Conversation” without the participation of any of the strike leaders or representatives of the groups taking part in the protests.