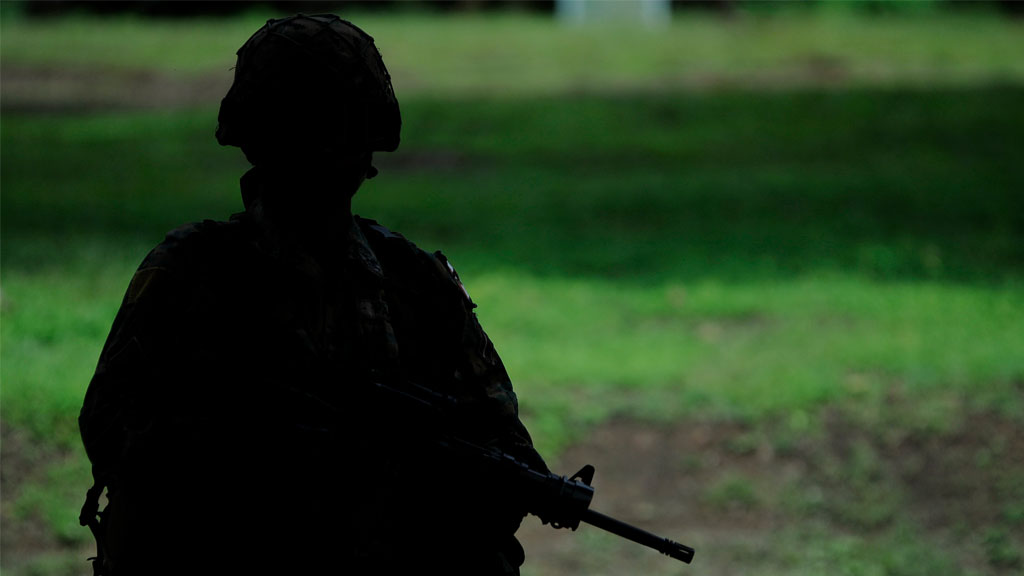 One Colombian soldier was killed and three were injured in clashes between government forces and drug traffickers in the northeast of the country on Sunday.

The soldier was killed as fighting broke out between the National Army and members of a tiny dissident faction of the demobilized EPL guerrilla group, which has converted to a powerful drug trafficking group in the Catatumbo region of the EPL’s demobilization in 1991.

The injured were evacuated from the combat site in El Tarra to the nearby city of Cucuta for treatment.

The deceased also was brought to a medical center in the province capital but died due to the severity of his injuries.

Fighting broke out when government troops were attacked with rifle blasts and explosive devices by the group while conducting security operations along the Caño Limon-Coveñas oil pipeline, the second largest oil pipeline in the country.

Despite the loss of life on the side of the army, the military reported that several members of the dissident drug-trafficking gang were also severely wounded.

State authorities are in a constant battle in the area which is overrun with drug-trafficking and guerrilla groups that operate in addition to the EPL faction, renamed “Los Pelusos” by the government.

“The Second Division continues in the development of military operations in the general area of the Norte de Santander province, in order to protect the inhabitants from any threat to their integrity and property of the state,” said the army statement.

Other groups like the Marxist ELN and paramilitary successor group AGC are also active in the region and among the suspected culprits in the attacks on the security forces.

Particularly the ELN has been attacking government forces and oil infrastructure in an attempt to increase their leverage ahead of possible peace talks with the administration of President Juan Manuel Santos.

The attacks often target the strategic Caño Limon-Coveñas pipeline which is 484 miles long, and can carry up to 220 barrels of oil a day, but on average it carries 80,000 barrels to port in Coveñas.