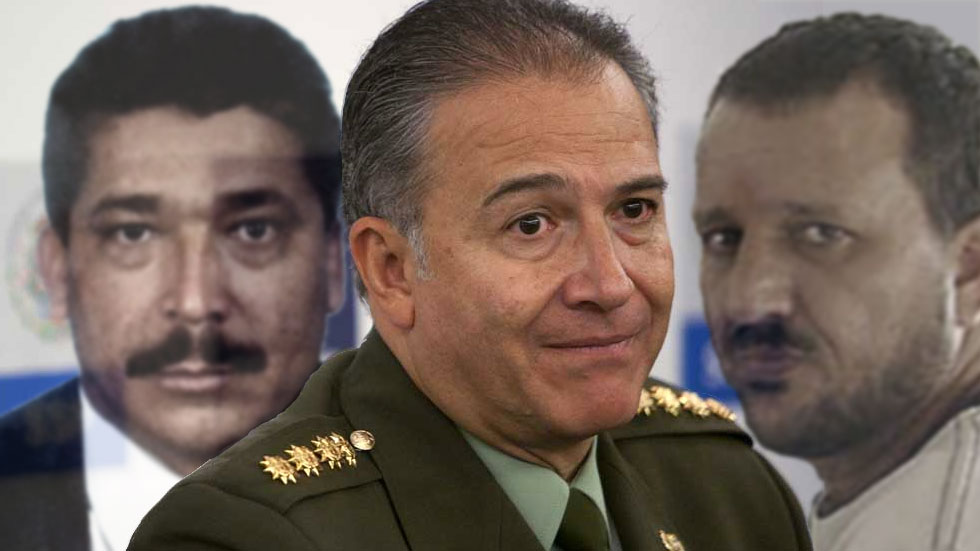 Colombia’s new vice-president is the decorated golden boy of Colombia’s police force. He has, however, also been accused of links to both drug cartels and paramilitary forces.

Oscar Naranjo, retired general and former National Police Chief, was named an honorary special agent by the DEA in 2010, the same year he was heralded as the World’s Best Policeman.

However, he has in the past been called out by former paramilitary leaders, drug traffickers and retired officials for allegedly receiving bribes and providing protection to drug traffickers.

A self-proclaimed former CIA agent, Baruch Vega, raised a red flag over Naranjo in 2006 in an interview with news website Narco News.

Between 1997 and 2000, the DEA employed Vega as an operative in separate investigations focused on the Norte del Valle Cartel leadership, he said. At the same time, Vega claims, he also worked as a foreign counterintelligence source for the CIA.

Vega alleges that in the late 1990s and early 2000s, agents in the DEA office in Bogota were leaking information about ongoing US law enforcement investigations to key players in the Colombian National Police. Vega says those corrupt police officials were aligned with Norte del Valle Cartel narco-traffickers, in particular a faction of that cartel led by an individual named Wilber Varela, a.k.a “Jabon.”

The names of informants were leaked and what followed was a bloodbath, Vega said, resulting in numerous informants and cooperating sources being assassinated.

This cartel, named Los Rastrojos, was originally the enforcer army of Jabon. Many of its members, including Jabon, were former police officials, along with active members of the police under the direction of a corrupt colonel named Danilo Gonzalez. Vega also contended that Naranjo, who served in the police with Gonzalez, was a key part of this circle of corruption.

In 2004, a prosecutor said that Naranjo was being investigated for providing protection to the Rastrojos, who had gone to war against “Los Machos” of a rival cartel boss, “Don Diego.” However, the investigation was shortly dropped.

This allegation re-emerged seven years later in a jury trial transcript, filed in US District Court in Miami in 2011, in which Diego’s lieutenant, Gildardo Rodriguez, said he met up with Naranjo in Bogota in July 2004.

According to Rodriguez, Naranjo was very concerned that allegations of ties to Jabon published on Diego’s website might prevent him from ascending to the top position within the Colombian National Police.

Two — how do you call those — two web pages came out, one from the Varela people and another one from Diego’s people. That was on the Internet. On Diego’s web page, it stated that Naranjo was allied with Varela in the war against the Montoyas. At that time, Naranjo was still a colonel and his promotion to become general was in proceedings before congress and he requested from me specifically that we should take his name out of that Internet web page because that was going to prejudice his possible promotion.

Mexican newspaper La Jornada, took the allegations a step further when they released a damning report on Naranjo in June 2012, in response to him being hired by Mexican President Enrique Peña Nieto to help battle Mexico’s drug trafficking networks.

La Jornada highlighted the former general’s role in the famous Search Bloc special operations unit tasked with finding drug lord Pablo Escobar. Naranjo was the intelligence chief of the Colombian Police at the time (1993), and allegedly built a close working relationship with the Cali cartel (the Rodriguez brothers) and Carlos Castaño, the leader of paramilitary group “Los Pepes” that would help kill Escobar and later form the AUC.

This alleged link with the AUC, a paramilitary organization that operated in Colombia from 1997 to 2006, was once again exposed in an article published by Colombian radio network Caracol, in early 2016.

The radio network reported that they had uncovered documents dating from 2008, at the time when Naranjo was chief of the National Police, implicating the former general in receiving bribes from paramilitary commander “Macaco,” also a former Norte del Valle narco.

In the leaked testimony, Macaco detailed how he and other drug traffickers managed to evade the authorities through bribes and payments made to senior officials, including Naranjo.

This accusation was backed up by retired police commander Byron Ernesto Ordoñez in a compromising report released by the DEA in 2011. Ordoñez told DEA agents that bribes had been given to generals like Naranjo and Jose Roberto Leon, also a former director of the National Police.

To further the current VP’s problems, his brother Juan David was arrested in 2006 in Germany and sentenced to five and a half year prison for drug trafficking.

Naranjo has consistently denied all allegations of his links to either paramilitary groups or drug cartels. In a statement released in July 2012, Naranjo dispelled his critics citing that during his tenure as director of the National Police 1,400 people were captured on charges related to drug trafficking.

“I have lived in Colombia for 36 years as a police officer. If there is an officer who has captured more ‘narcos’ than me, please point him out. My life is based on results,” said Naranjo.