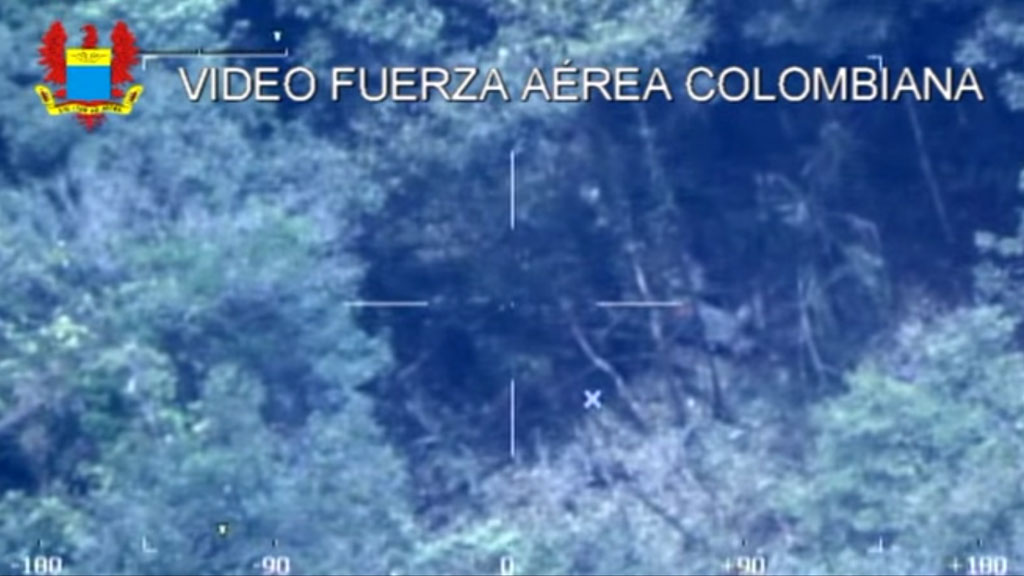 With the killing of a senior FARC ringleader in western Colombia on Monday, the total number of guerrillas who have died since the resumption of air strikes on April 15 has exceeded 40.

While peace negotiators in Havana, Cuba, have been talking about deescalating the armed conflict since December, the recent escalation of attacks appears to have achieved exactly the opposite.

Fighting between the army, and rebel groups FARC and ELN has mainly escalated in western Colombia where more than 1000 civilians have been forced to flee their homes in the last month alone.

Hundreds of indigenous displaced by war in west Colombia

These displacements have mainly taken place in the western Choco and Cauca provinces where the army has been carrying out its offensives.

The last FARC guerrilla to fall was “Ramon Ruiz,” a senior rebel and the commander of the group’s 18th front, one of the FARC’s fighting units active in the western Choco province.

According to local media, Ruiz was the second-in-command of rebel military commander “Pastor Alape,” one of the FARC’s negotiators in Cuba. However, this claim could be false as Alape’s area of influence is concentrated in the east of the country.

In response to last week’s attack that killed 26, the FARC almost immediately resumed attacks on security forces, killing at least one policeman and one soldier.

The rebels were supported in their decision to suspend their ceasefire by the ELN, Colombia’s second largest rebel group, who have been fighting the military while holding exploratory peace talks.

Army commander General Juan Pablo Ruiz ordered all army units to be on highest alerts and said he had redoubled security measures around oil infrastructure, a common FARC target.

The sudden resumption of violence followed a series of violent attacks from both the FARC and the army that undid attempts to deescalate the armed conflict while peace negotiations between the rebels and the administration of President Juan Manuel Santos are ongoing in Havana, Cuba.

In December, the FARC announced to uphold a unilateral truce, saying it would refrain from carrying out attacks and only use violence in the case of an attack on one of their units. Months later, Santos reciprocated and announced a suspension of air strikes against the guerrillas.

While critics of the FARC truce have consistently stressed that the guerrilla group continued to carry out criminal activity during the truce, the guerrillas clearly violated their own ceasefire in April when killing 11 soldiers in a surprise attack in Cauca.

Because of discrepancies between the army’s account of events and those of locals, Colombia’s Prosecutor General opened a disciplinary investigation against nine members of the battalion that was attacked, including two of its commanders.

Following the FARC attack, Santos ordered a resumption of air strikes, one of which resulted in the death of the 26 guerrillas belonging to the 29th Front.

The FARC, that has consistently been calling for a bilateral truce for the duration of the peace talks, subsequently suspended their own truce and resumed offensive operations.

While the war on the ground continues, so do the peace talks.

Peace delegates of the FARC and the Santos administration are currently negotiating how to compensate the approximately 7 million victims, transitional justice for perpetrators of war crimes and the final end of the conflict, which would include a bilateral ceasefire and the eventual demobilization, disarmament and reintegration of the FARC’s approximately 8,000 armed and 12,000 unarmed members.