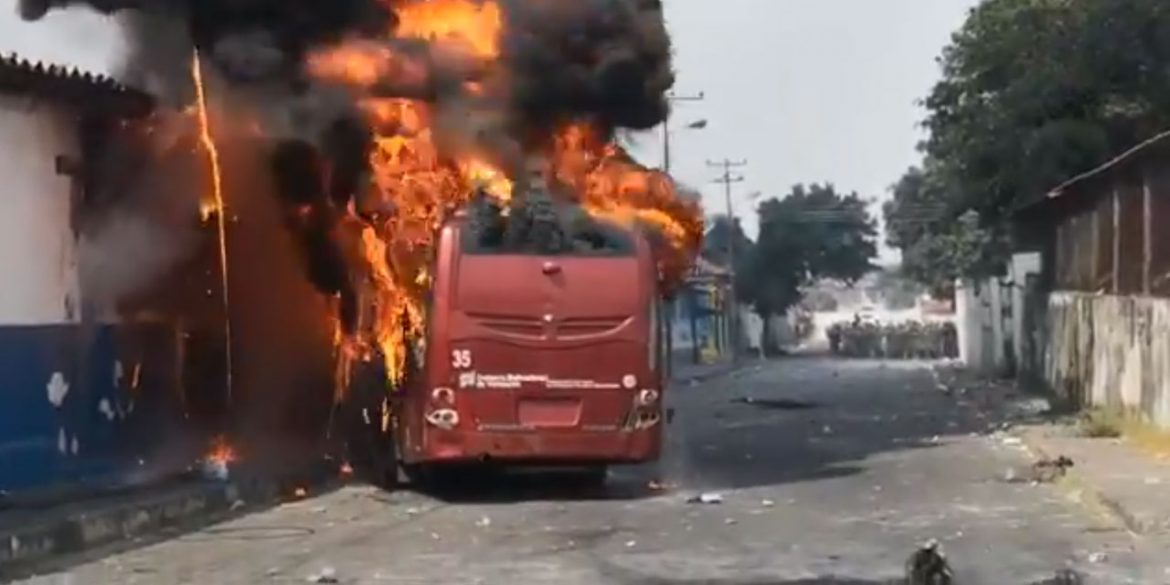 Among the injured were 30 Colombian citizens, according to Foreign Minister Carlos Holmes Trujillo.

Guaido, who declared himself interim president last month, arrived in Colombia before the closing of the border has effectively been locked out of his country.

The opposition leader had hoped that the arrival of the trucks with American supplies would spur members of the security forces would end their loyalty to the country’s authoritarian President Nicolas Maduro, but he bet wrong.

Colombia’s migration authority said that more than 60 members of the security forces jumped the border in the Norte de Santander and Arauca provinces, not enough to break the blockade.

At least one of the trucks went up in flames as Guaido supporters threw rocks and Molotov cocktails to National Guardsmen who fired tear gas at the protesters.

The surviving trucks were called back to the Colombia side of the border after it became clear that the incursion that was supported by Colombia, the United States and the Organization of American States had failed.

Maduro broke off all diplomatic ties with Colombia on Saturday and gave diplomats 24 hours to leave the country.

Colombia’s government has refused to recognize Maduro after his allegedly fraudulent reelection earlier this month, but Trujillo said he would call back his diplomats “as soon as possible” “to preserve the life and integrity of the officials.”

Venezuelan opposition figures close to Guaido called for military intervention “now” after the violence and Guaido’s effective expulsion from the country.

US President Donald Trump, who earlier in the day tweeted that “the people of Venezuela” were “ready to reclaim their country” did not immediately respond to latest escalation of the crisis.