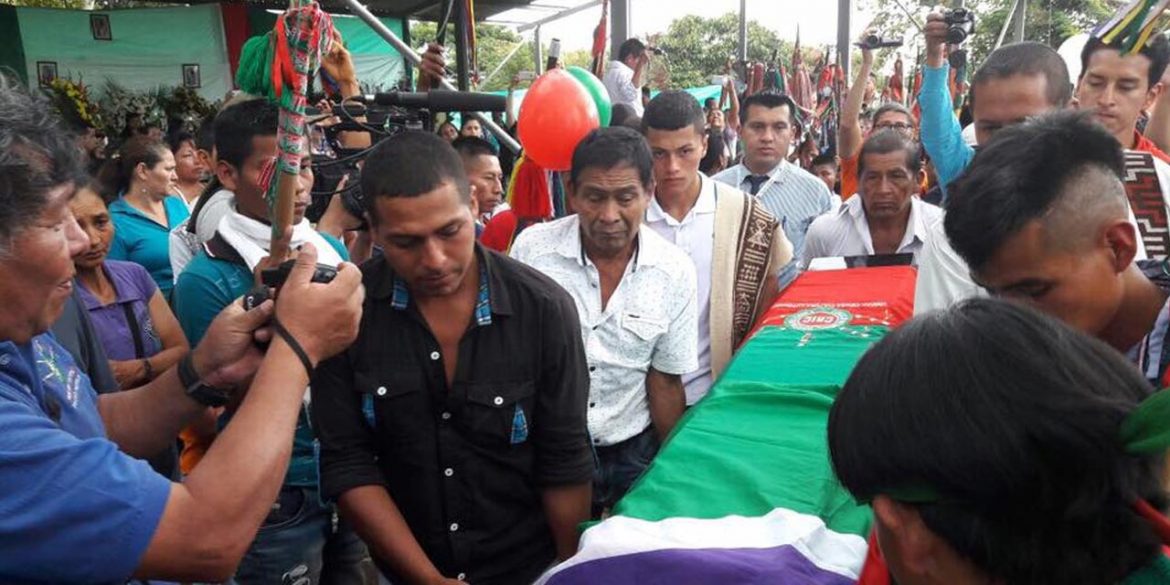 More than 200 social leaders, peasant representatives and human rights defenders have been murdered since the start of Colombia’s peace process, according to a report.

The killings are spurring fears that the widespread killing could be a repetition of an extermination campaign in the 1980s and 1990s in which thousands of leftists were murdered, and spurred a wave of retaliatory guerrilla violence.

The mass killings spurred ELN guerrillas to reject the extension of a ceasefire and are terrorizing entire communities, mainly in areas where authorities failed to assume control after the demobilization of the FARC last year.

The number of killings spiked after a ceasefire with the ELN came into effect in October, according to think tank Indepaz, which is monitoring the peace process.

The study did not include assassinated members of the FARC.

The think tank said that authorities’ failure to assume control in areas vacated by the FARC spurred other illegal armed group to fill the vacuum.

“Other actors, like the paramilitaries and the ELN, have come to take over territories, and they have done so with force,” Indepaz director Leonardo Gonzalez told El Tiempo newspaper.

“The increase in homicides is due to two conflicts: territory and resources. The latter refers to income generated by illegal mining and illicit crops” such as coca and poppy, said Gonzalez.

The United Nations, which is monitoring parts of the peace process, said in December it was “very concerned about the dismissal … and stigmatization” of social leaders by government officials.

The UN’s human rights chief in Colombia stressed that the social leaders’ role is “legitimate, necessary and fundamental for the consolidation of democracy, the rule of law and the construction of sustainable peace.”

President Juan Manuel Santos has come under fierce criticism over the state’s failures to implement the 2016 peace accord and the ongoing victimization of the civilian population.

Congress torpedoed much of the process that sought to end more than 50 years of violence, which has resulted in the state complying with less than 20% of the commitments made in the peace accord.

The country’s traditionally corrupt legislative branch saw more than 60 lawmakers imprisoned for using designated terrorist groups to get elected into either the Senate or the House of Representatives.

Illegal armed groups have increased their attacks on victim representatives and community leaders promoting the substitution of illicit crops like coca, the base ingredient for cocaine.

The ongoing mass killing of leaders begins to resemble a political extermination campaign carried out by paramilitary groups and state forces after a peace deal with the FARC in 1985.

More than 3,000 members of the leftist political party Patriotic Union, including presidential candidates, were assassinated in the decade after that agreement.

The political extermination of the leftists spurred the most violent and traumatic period in the 50-year history of Colombia’s armed conflict.

Since 1964, the year groups like the FARC and ELN were founded, more than 265,000 Colombians have been killed. Millions were displaced.