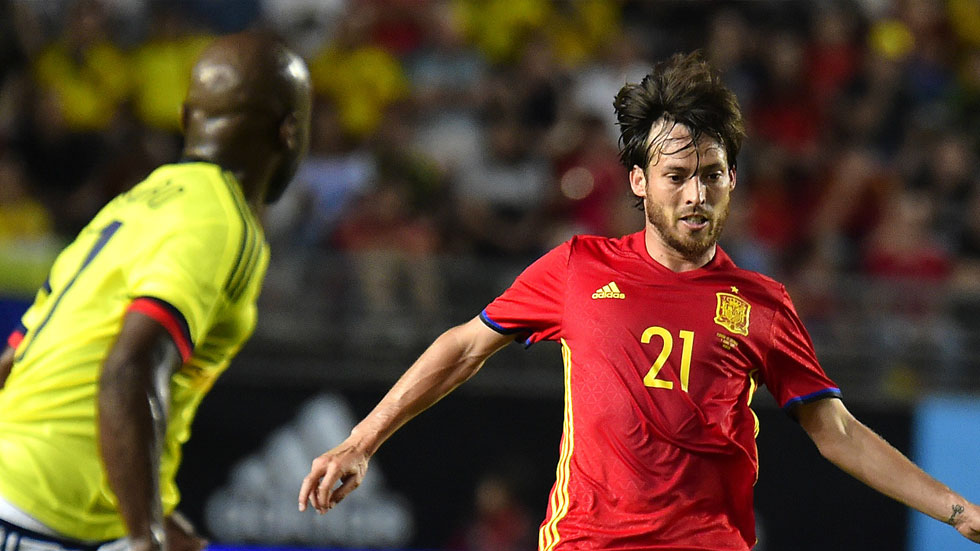 A late header from Spain’s Alvaro Morata rescued a 2-2 draw against Colombia in a pulsating friendly on Wednesday as the hosts kept their unbeaten record under coach Julen Lopetegui.

Spain, who gave midfielder Asier Illarramendi his debut, should have gone ahead in the ninth minute but Silva was guilty of a triple miss after Andres Iniesta threaded the ball through the Colombia defence to send him clear.

Silva’s first shot was blocked by David Ospina, his effort from the rebound hit a defender and his third drew another save from the Colombia goalkeeper.

Silva made amends in the 21st minute when he squeezed the ball past Ospina from Pedro’s pulled-back pass to put Spain ahead.

But Colombia had already looked dangerous, with Juan Cuadrado testing Pepe Reina from long-distance and James Rodriguez sending a shot just wide of the post.

The visitors capitalised on a defensive mix-up to level.

Cesar Azpilicueta, Gerard Pique and Reina failed to clear the ball, allowing Cardona to lob the ball into the goal six minutes before halftime.

Colombia went ahead in the 55th minute when Falcao headed in at the far post from a James Rodriguez corner with Reina caught in no man’s land.

Ospina denied Koke an equaliser but second-half substitute Morata salvaged a draw for Spain with three minutes left when he got in front of his marker at the near post and diverted a superb header into the net from Saul Niguez’s cross.