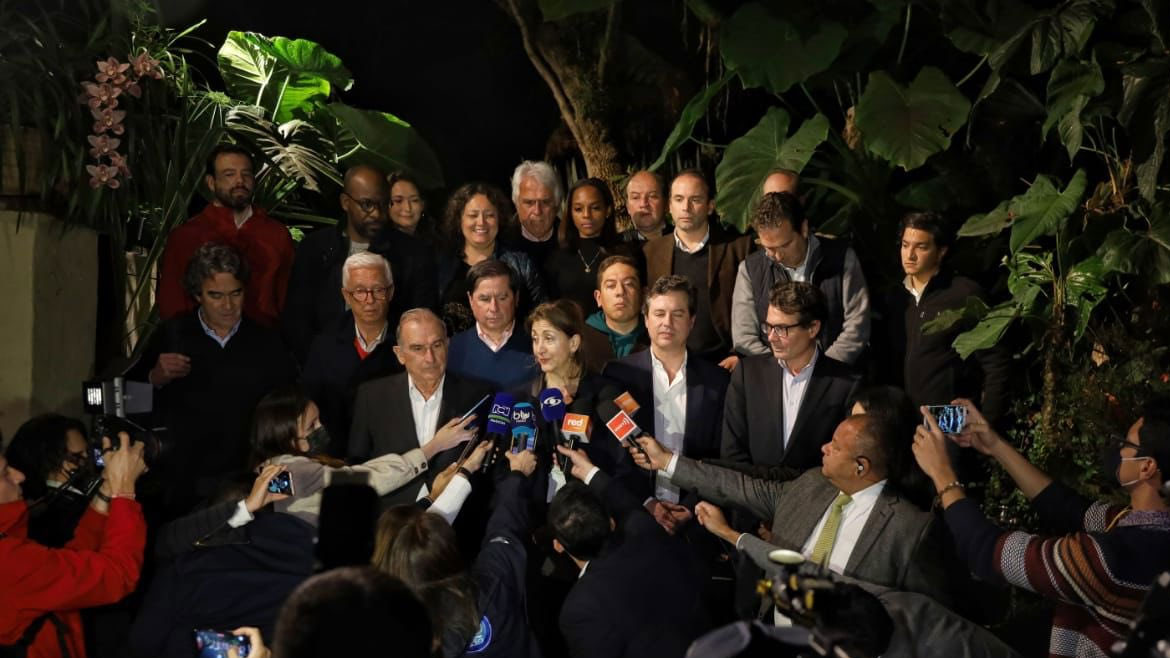 Moderates team up ahead of Colombia’s 2022 elections

Moderate candidates agreed to a primary ahead of Colombia’s 2022 elections.

The politicians of the center left-and center-right met in the capital Bogota on Sunday to seek unity among candidates who are vying for the moderate vote.

The moderates agreed to “form the Center Hope Coalition” and organize a primary vote in March next year.

All candidates will endorse one candidate ahead of the first election round that is held in May 2022.

The Center Hope Coalition can count on the support from within the Liberal Party, which is a member of the government coalition in Congress, and the opposition Green Alliance and Polo parties.

The coalition of moderates will take on multiple candidates who are vying for voter support from across the political spectrum.

The leading opposition candidate, Senator Gustavo Petro, was not invited to the conclave.

Petro’s calls to join forces have been rejected by the moderates and divided their political parties.

The opposition senator is fiercely opposed by the candidate of the government’s far-right “Democratic Center” party, Oscar Ivan Zuluaga.

Other contenders include a coalition of former mayors and Senator David Barguil of the coalition Conservative Party.

Polls have indicated that President Ivan Duque’s congressional coalition in Congress is set for an electoral beating after multiple corruption scandals.

The president’s abysmal approval rating, an ongoing peace process and the crisis caused by the coronavirus pandemic appear to have increased the chances for opposition candidates.