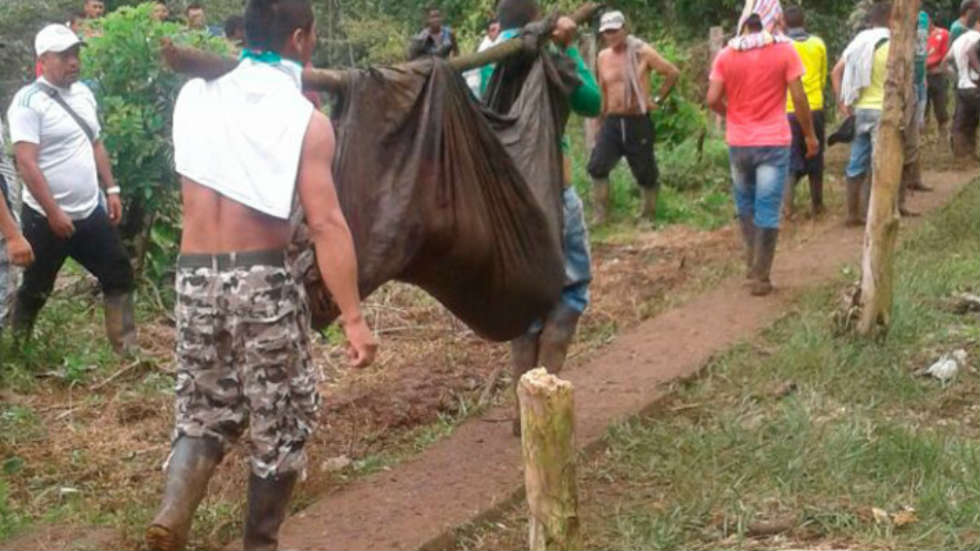 According to Colombia’s authorities, dissident FARC guerrillas launched mortars into a crowd of police and citizens, but locals and human rights organizations claim police opened fire on coca growers in a clash Thursday that left at least eight farmers dead.

The violent incident in a rural area of Tumaco, Nariño follows more than 20 other protests throughout Colombia in which several farmers have been killed by security forces.

The National Police and the National Army said in a press release that “it seems that ‘Guacho‘ and his dissident group of the FARC’s Daniel Aldana [Column] launched at least five cylinder bombs against members of the security forces and the public” before opening fire.

The National Police reported no injured civilians or security forces. Local groups say only civilians were killed or injured in the outbreak of violence.

Some reports speak of more than 50 injured protesters.

French press agency AFP reported that both locals and human rights defenders say police opened fire on the coca farmers who were protesting police efforts to forcibly eradicate coca, the base in ingredient of cocaine.

If that really had happened we would not be talking only of wounded and dead peasants, but we would be talking about dead soldiers and policemen; because five-cylinder bombs in the place where events occurred that is so confined and small would have yielded other regrettable results.

According to the local community council, police and soldiers indiscriminately opened fire on the locals after almost two weeks of refusal to cooperate with coca eradication efforts in one of Colombia’s most important coca growing regions.

Local media has reported on protests in the area since September 28. According to RCN Radio, some 1,000 locals had been involved in protests demanding to be included in a national crop substitution program.

As part of a peace deal with the FARC, coca farmers can take part in a voluntary substitution program that allows them to grow legal crops and negotiate infrastructure investment instead of growing coca for sale in the illicit economy.

Colombia’s security forces, however, have been carrying out forced eradication efforts supported by the United States, often clashing with citizens who wish to voluntarily substitute their crops.

The police and army announced an investigation into Thursday’s massacre. Locals have called on human rights authorities to accompany the investigation.