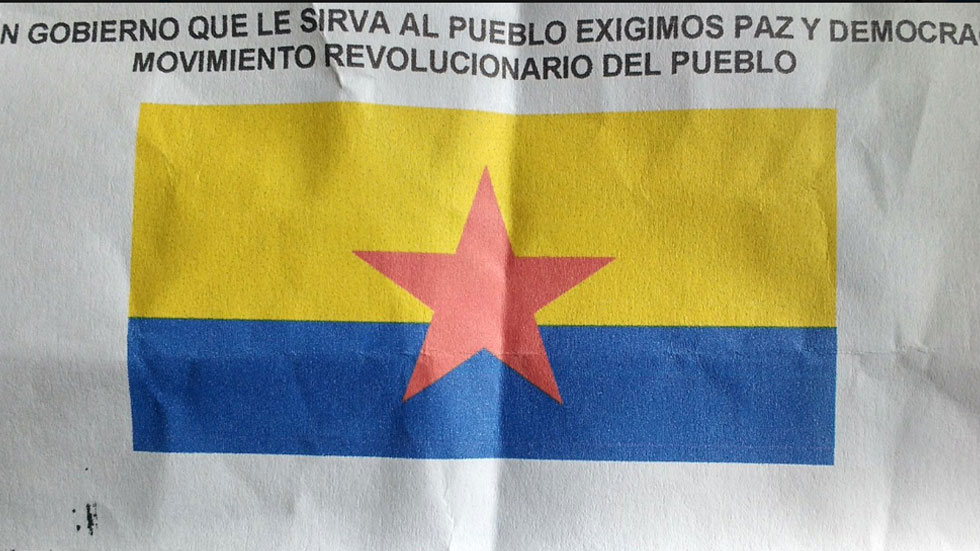 Meet the MRP, the group accused of the Bogota terrorist attack that killed 3

Many Colombians had never heard of the People’s Revolutionary Movement (MRP) until the group was accused of the bombing of a Bogota shopping mall that killed three women Saturday last week.

The group first appeared in August 2015 when low-power bombs were simultaneously detonated in the bathrooms of three health insurance offices hours before they opened.

While this initially went unreported by police, the bombs later were reported to be “pamphlet bombs,” low-power explosives meant to spread pamphlets.

The first pamphlets signed by the MRP said “Neither [President Juan Manuel] Santos nor [former President] Alvaro Uribe are an option for the people. The peace of the rich is not the peace of the poor” referring to the then-ongoing peace talks between the government and the country’s oldest Marxist guerrilla group FARC. 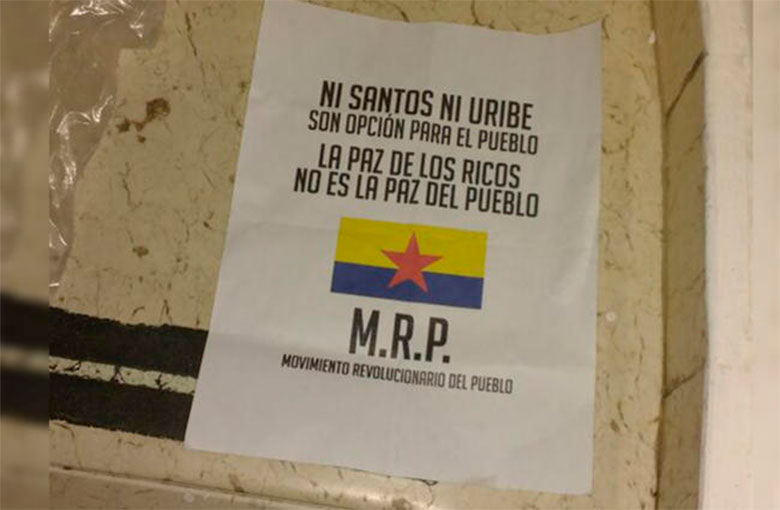 The group’s second pamphlet bomb was reported a month later when two men and one woman reportedly placed a similar pamphlet bomb in the bathroom of a vacant apartment in the capital’s exclusive Chapinero district.

In that action, one elderly man was injured reportedly because he was pushed by one of the fleeing culprits.

Two days later, a video was released of a third action in a vacant apartment. The video of the pamphlet bomb was accompanied by a declaration, clarifying the group’s motives.

Today’s lousy government talks of a peace it needs to sell half the country that it has not been able to sell to multinationals because guerrillas wouldn’t let them do business. The same people who govern this country since forever and have used crime to stay in power now play innocent as if they have nothing to do with the tragedy of a country they are leaving our children.”

Depending on the news outlet, between two and nine people were injured by falling glass in January this year when a pamphlet bomb went off during office hours in a vacant apartment next to a  tax office DIAN. 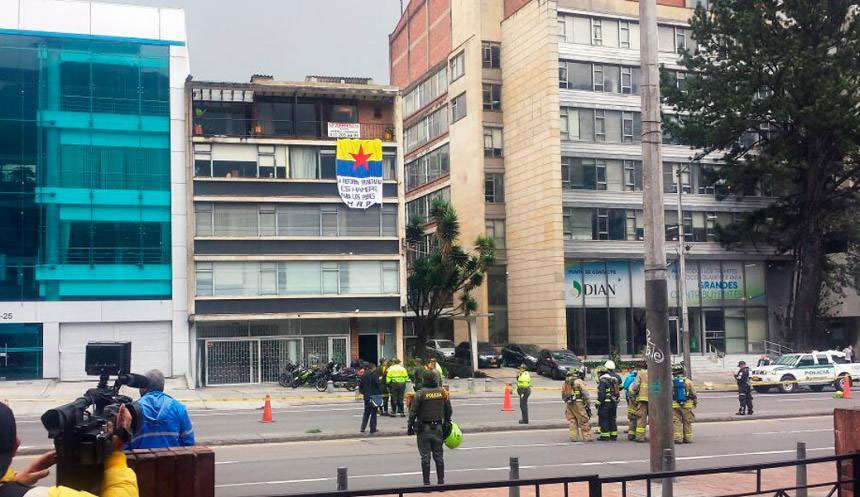 The pamphlets dispersed during this incident demanded that “the government serves the people” and “we demand peace and democracy.”

Police subsequently arrested two alleged members of the MRP in Bogota and Medellin in February, charging them with as many as 10 incidents in the capital.

In May, a pamphlet bomb went off in the bathroom of a corruption-ridden health insurance company in Pereira. According to a local, also in this attacks flyers were spread saying “You don’t play with the healthcare of the poor, MRP.”

On two occasions the group was accused of terrorist attacks that let respectively eight policemen in Cucuta and 29 in Bogota earlier these year. These attacks, however, were later claimed by guerrilla group ELN.

On Sunday, nine alleged members of the group were arrested for last week’s deadly bombing in the Andino mall in the capital “and other terrorist attacks.”

The MPR had fiercely condemned the “brutal attack against bogotanos” in a letter sent to a foreign journalist after the group’s name began appearing in the media as a possible suspect. 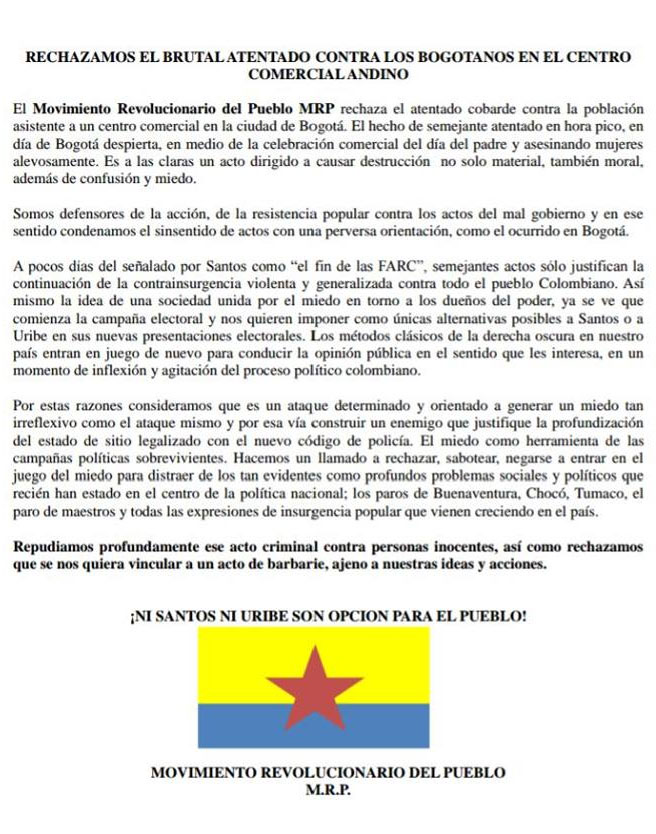 When appearing at their initial indictment hearing at the Prosecutor General’s Office in Bogota, all suspects urged present media their arrest was a “judicial false positive.”