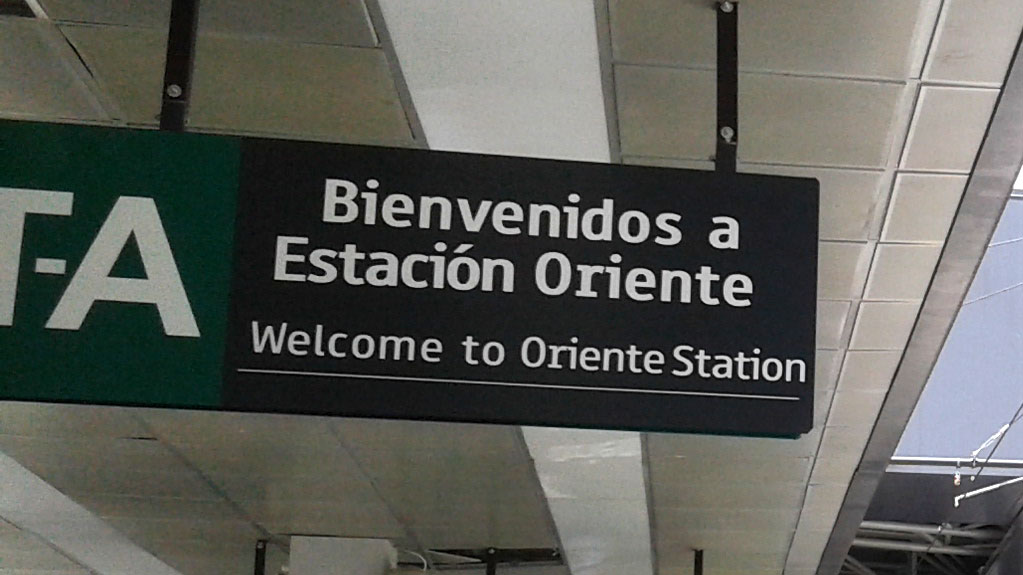 Medellin’s latest cable car, from the Buenos Aires district to the top of the La Sierra neighborhood, is not just connecting remote neighborhoods to the city center, it’s an awesome ride.

The H-line, which has been running for just over six months from the Oriente station of the Ayacucho tramway to the La Sierra neighborhood in Villa Hermosa is evidence that city authorities are not resting on their laurels. 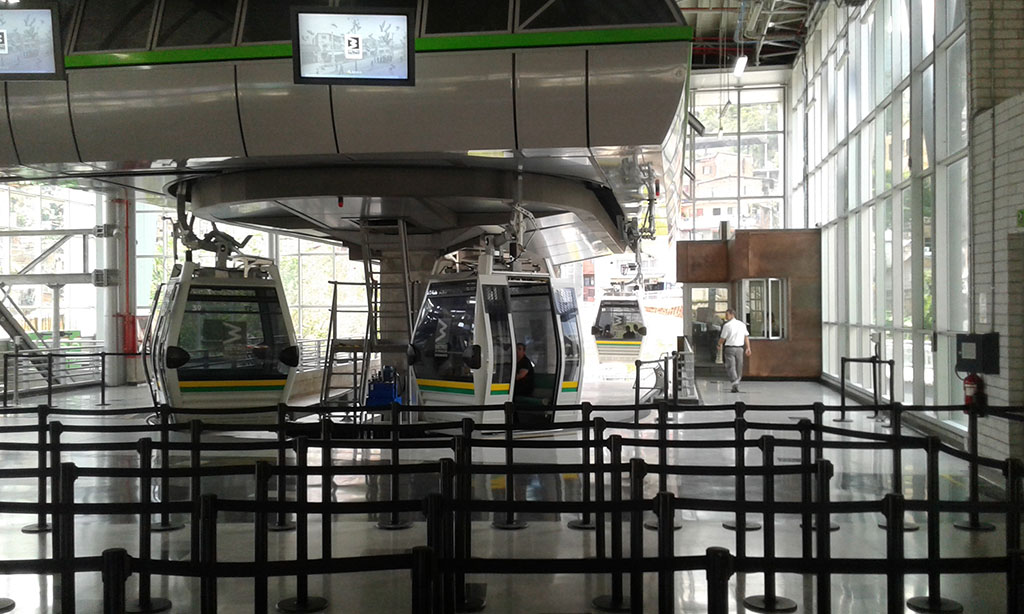 The Oriente station at the bottom of the latest cable car line. (Image credit: Stephen Gill)

The 1,400 meter cable connects the tram that runs from downtown to Buenos Aires through three stations: Oriente, La Torres and Villa Sierra with another additional line also pending to connect the Miraflores station with the 13 de Noviembre station. 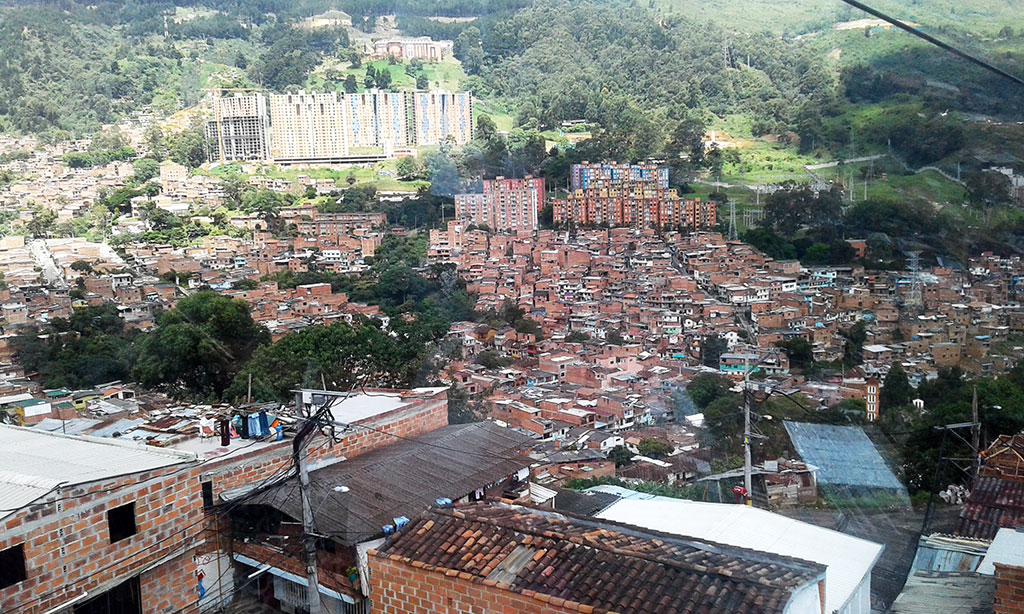 While the metro cable serves the practical use of connecting thousands of residents from the elevated barrios with the rest of the city, it is also attracting tourists who are seeking to avail of the spectacular views of the east of the city climbing from the Oriente station to La Sierra. 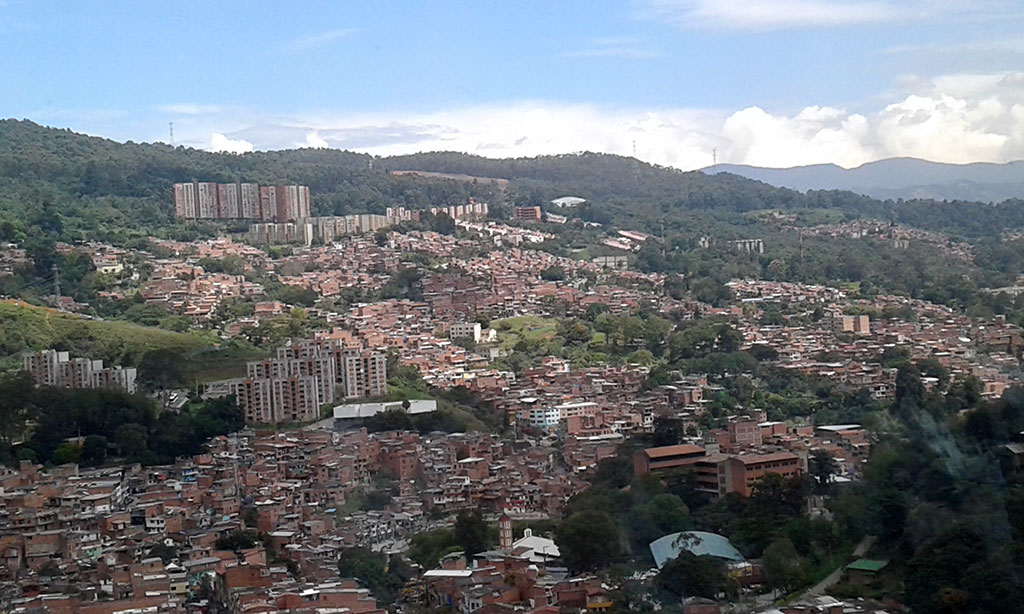 An even better view over the Buenos Aires district (Image credit: Stephen Gill)

Following its launch into commercial use in December 2016, the line is expected to serve up to 350,000 residents across the Villa Hermosa, Buenos Aires and the central La Candelaria districts. 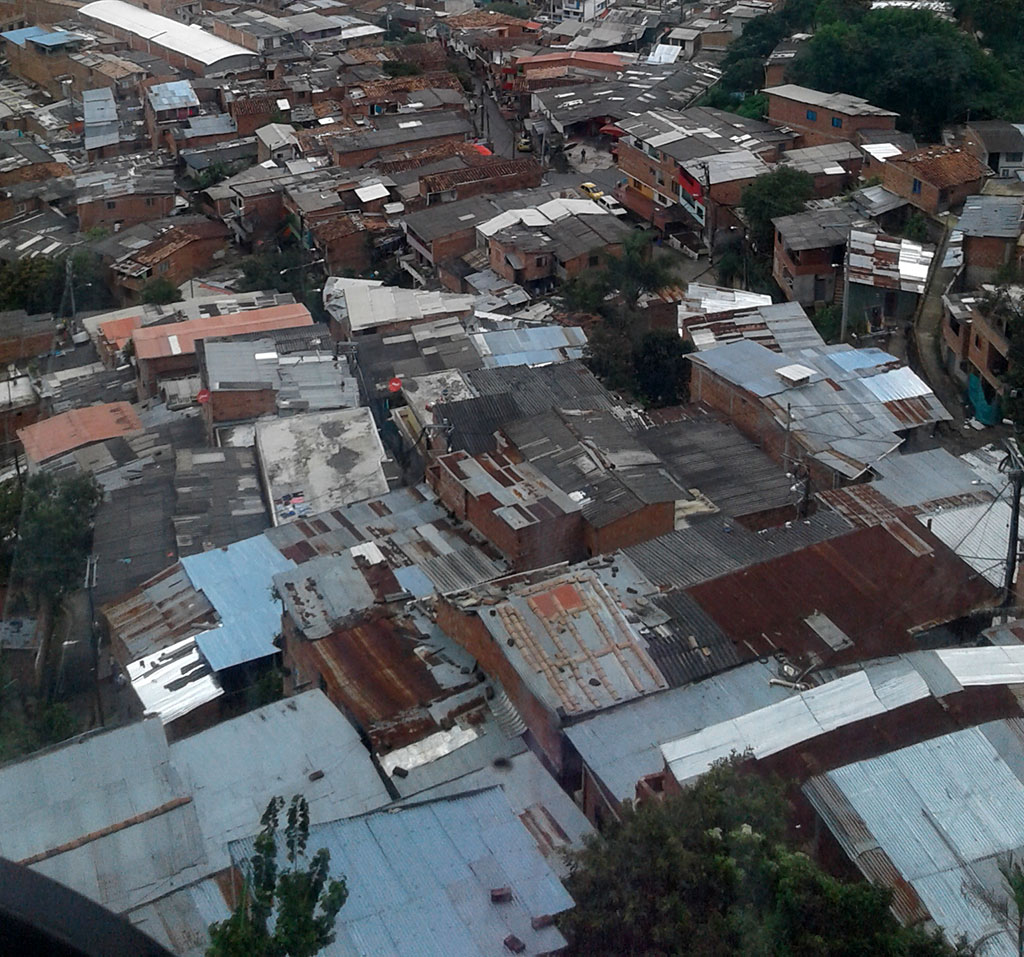 Roofs. Lots and lots of them. (Image credit: Stephen Gill)

The 42-car line has greatly increased the mobility of residents in poor, previously isolated neighborhoods along the city’s eastern mountains also dramatically improving security for those in transit. 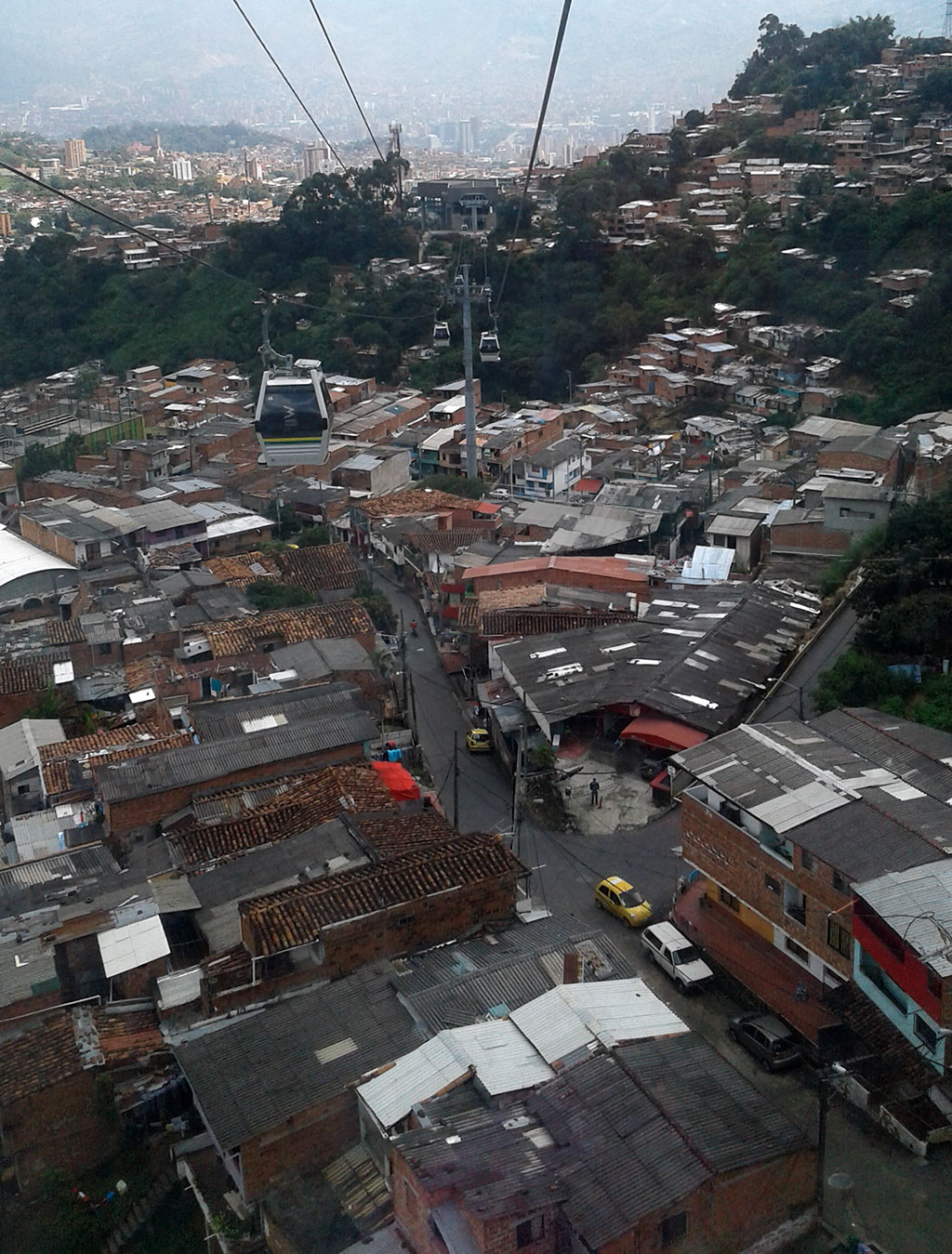 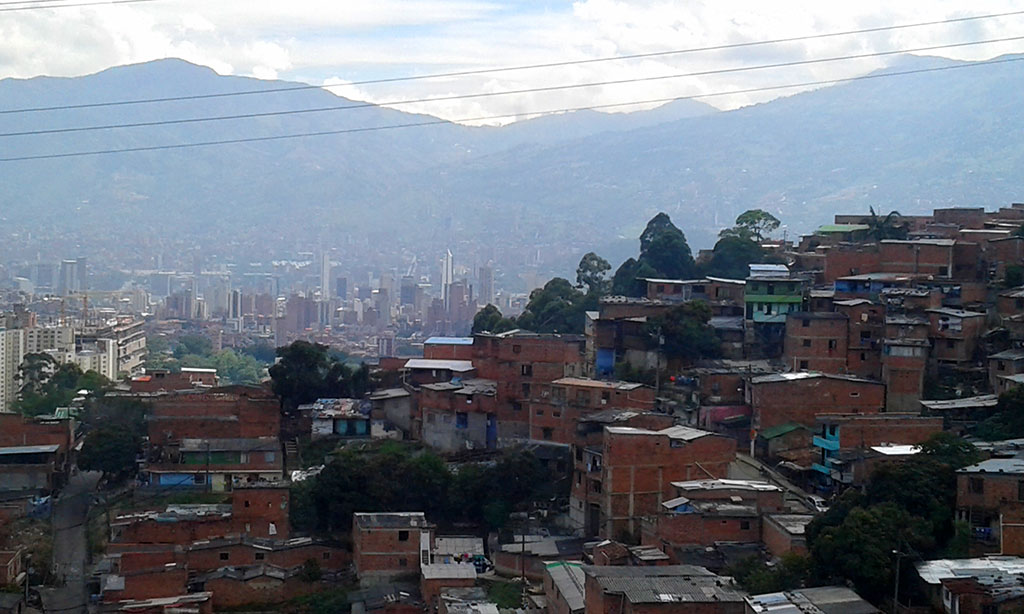 Line H became the fourth metro cable to run in Antioquia’s capital after the inauguration of the first line K in 2004, line J in the west of the city in 2008 and the popular Parque Arvi tourist line in 2010. 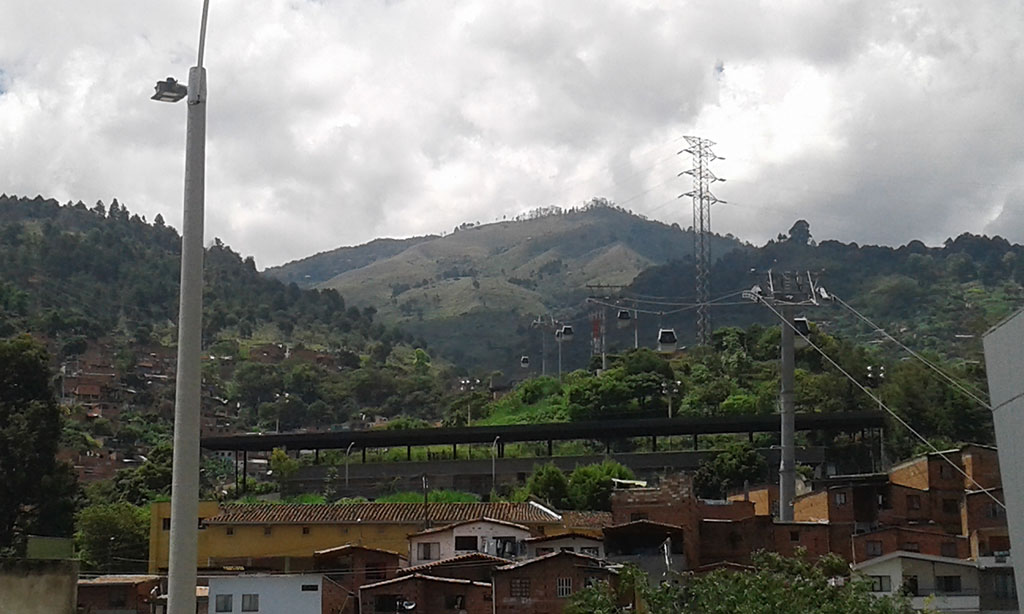 Reaching the end of the line at the La Sierra neighborhood. (Image credit: Stephen Gill)

Medellin was the first city in the world to implement a cable car system that serves as a means of full-time public transportation.

While still healing the scars of a violent history, the city has used its initiative  to move towards becoming a hub of innovation, investment and entrepreneurism with this latest metro line reflecting these efforts. 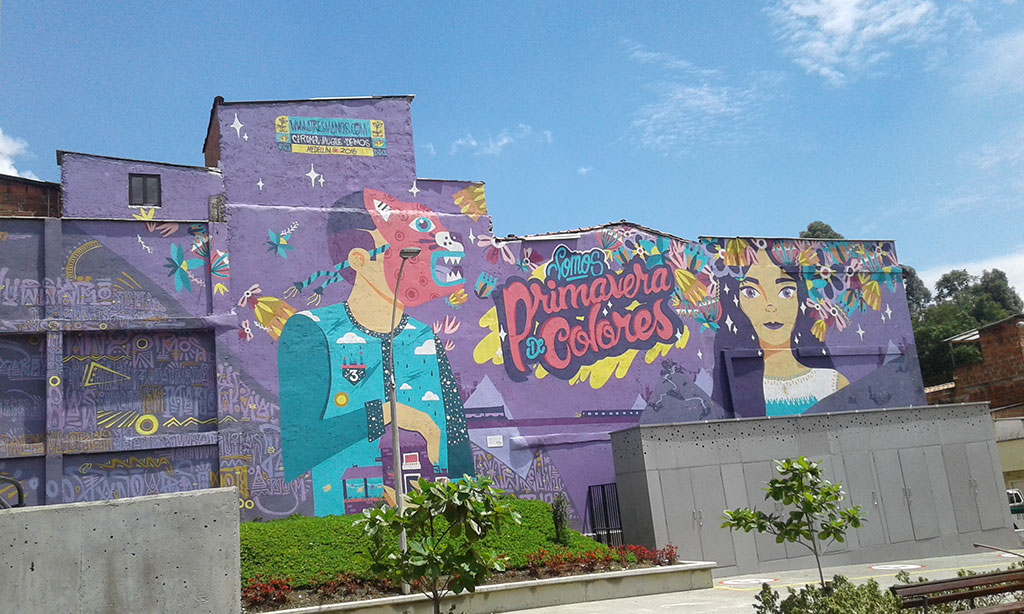 The colorful end of the ride in La Sierra. (Image credit: Stephen Gill)