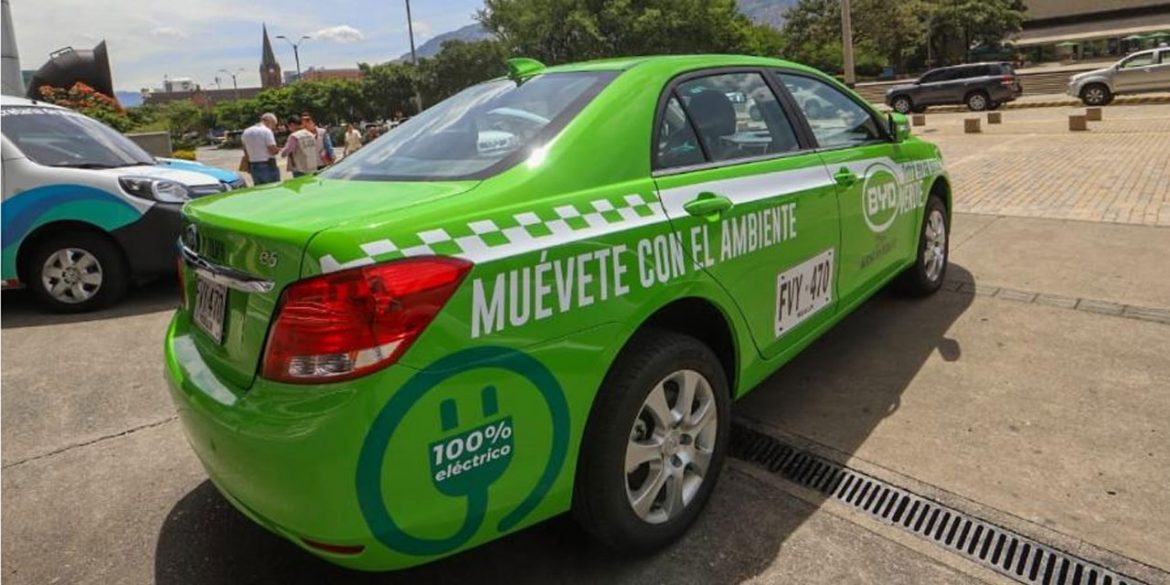 Colombia’s second largest Medellin wants to have 200 electric taxis in operation before the end of the year to curb increasing problems with pollution, the local government announced.

The city announced in March that it had acquired its first electric taxi and said that it hoped to have 1,500 electric taxis by 2022.

The green taxis will not be added to the existing fleet of approximately 19,300 taxis, but replace yellow cabs that are older than five years and generally pollute more than more recent vehicles.

Mayor Federico Gutierrez also announced that the city, together with municipal energy company EPM, will be expanding its network of recharge points for electric taxis throughout the city.

This is a structural decision in the face of the challenges of environmental quality.

Taxi companies that choose to replace their old taxis for the more environmentally-friendly vehicles are invited to register and receive a $5,500 grant per car of they replace their fleet or part of it.

The introduction of the electric taxis is one of a number of initiatives to curb pollution that has been affecting the city increasingly over the past few years.

On multiple occasions, city authorities were forced to temporarily limit economic activity and ban half of the city’s cars because the air had become a health hazard due to the poor quality of Colombian gasoline.

The city hall and EPM have taken on the issue of electric mobility. We are doing all this fundamentally to improve the air quality of our city.

According to local newspaper El Colombiano, not everybody in Medellin is happy with the plans as users fear a significant increase in cab fair.

The initiative to introduce green cabs is one of several measures to curb the city’s out-of-control pollution problems; city hall has also increased the planting of trees throughout the city.