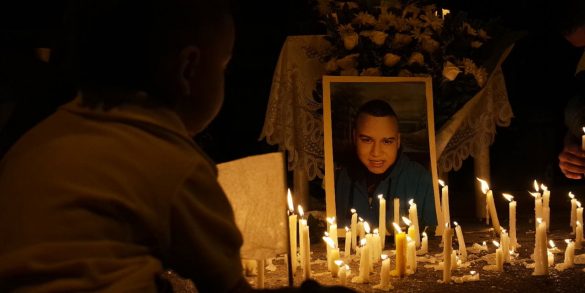 Medellin, the end of a fantasy?

Medellin, the city that was once boasted as an example of transformation, registered an increase in homicides for the third consecutive year in 2018.

Mayor Federico Gutierrez appears to be losing control over the city’s public administration, with disastrous consequences for the municipal treasury, economic development and public security.

Homicides increased 7% in 2018 and are up 27% since 2015, the year that Medellin reached an all-time low in violence and Gutierrez was elected.

The war over the west

The increase in deadly violence is mainly due to a turf war between gangs loyal to dissident paramilitary group Gaitanista Self-Defense Forces of Colombia (AGC) and local crime syndicate Oficina de Envigado over control of the west of the city.

This turf war doubled the homicides in the long-troubled 13th district in the west of the city.

Most homicides were registered downtown Medellin where 107 people were murdered in 2018. The city’s center has traditionally suffered Medellin’s highest crime rates.

More than half of Medellin’s homicides last year were carried out by alleged members of organized crime organizations which are estimated to have 5,000 members.

Civilian watchdog No Copio said the escalating homicides demonstrate “the failure of the mayor’s security policy that emphasized on using force and weakened investment in social programs” that could improve living conditions for the city’s poor.

Unemployment in the city went up from 8.7% in 2015 to 10.8% in 2017 and appeared to have remained stable throughout 2018. The city’s largest public hospital was forced to close its doors in December amid an ongoing national health crisis.

Controversially, Gutierrez right-hand-man was sentenced to three years in prison in the beginning of the year for his ties to La Oficina.

To make matters worse, the mayor’s friend Jorge Londoño has spurred a financial crisis as director of Medellin’s public utilities company EPM, which is being investigated for losing billions of dollars at the Hidroituango dam project.

2019 began as violently as the year before ended, according to local newspaper El Colombiano. One the first day of the year, two people were reportedly assassinated by “sicarios” in the 13th district, and one person was killed in a fight in the 12th district.

A dismembered body was found in the southwestern 16th district. According to authorities, the dismembered body had been lying on the street for a few days: this would put the total number of homicides for 2018 at 627.