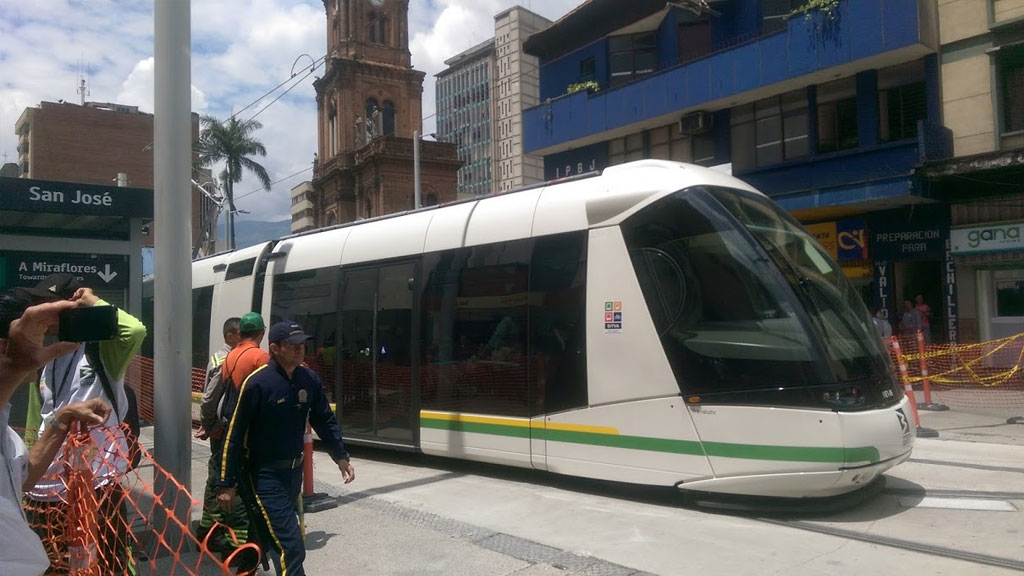 The new tram line connecting the center to the east of the city is the latest public transport route to be added to Medellin’s relatively advanced public transport system that incorporates its metro, buses and even a number of cable car lines.

The “Ayacucho” tram covers a route of 2.6 miles, connecting the eastern Buenos Aires district to the city’s downtown area from where commuters are able to transfer to other means of public transport.

The tram line should be connected to two new cable car lines ascending to the highest neighborhoods in the east of the Medellin valley.

The Miraflores station will be linked to with Pan de Azucar mountain and Alejandro Echavarria with the La Sierra y Villa Turbay neighborhoods, both on the far east of the city.

The city’s government hopes that once the new cable car system is in full swing, 90,000 newly mobilized passengers will be using the route daily, benefiting a total of 350,000 residents in the east and the center of the city.

The tram can reach up to 44mph, but while residents are getting used to the presence of the new machine running through the streets it will go at 25 mph.

This new tram line is part of the major project underway in Medellin named Metro Maestro Plan, in which 26 expansion plans are being developed, which will eventually connect the city with the Jose Maria Cordova de Rionegro located a one-hour drive along winding roads out of the city.

Medellin introduced its first tram in 1925, but dismantled the system decades later.

Since the introduction of the metro at the end of the 1990s and the subsequent construction of cable car lines that connect the metro to higher-located neighborhoods in the impoverished north, Medellin has become an example for urban innovation for a number of other Latin America cities.