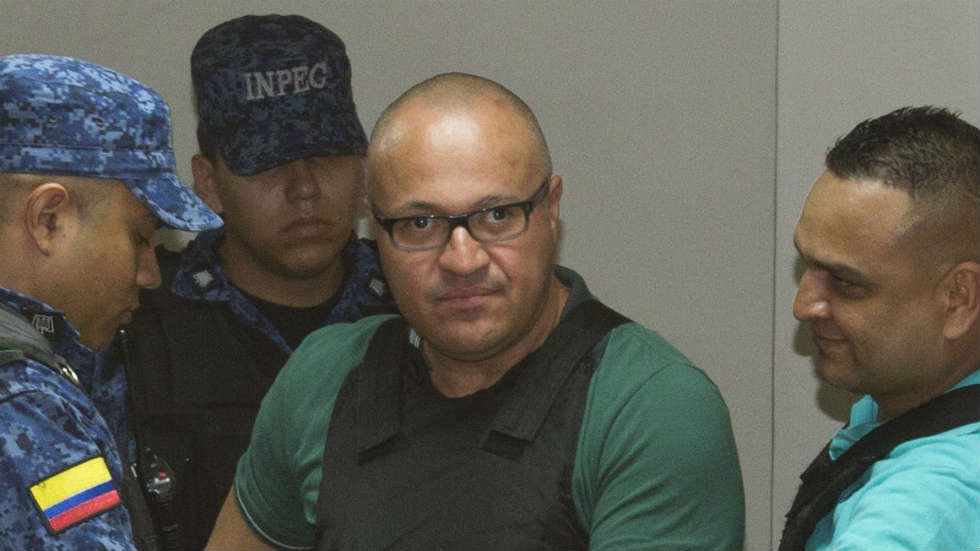 An admitted heir of Pablo Escobar‘s former enforcer army, the Oficina de Envigado, was almost released from prison after a judge surprisingly revoked his homicide conviction.

Medellin‘s prosecution office was able to prevent the release by filing new charges against “Carlos Pesebre,” the admitted boss of some 500 gang members in the western 13th district.

A judge ordered the immediate release of the admitted crime lord on Friday after absolving Pesebre of a 2015 homicide charge for which he was arrested in 2013.

According to Medellin’s Superior Tribunal, the crime lord’s nine-year sentence had wrongly been based on just one witness testimony.

By filing new charges — this time over Pesebre’s alleged ongoing involvement in organized crime — the prosecution was able to prevent the crime lord’s release.

Through combined efforts of the Police and prosecution against organized crime we have succeeded in showing the judge that “Carlos Pesebre” continues giving orders from prison. He is responsible for the control over drug dealing spots and other illegal activity in Medellin.

Pesebre was one of the lieutenants of “Don Berna,” the paramilitary chief who ran the Oficina from Escobar’s death in 1993 until his extradition to the United States in 2008.

He has admitted to be one of a handful of a crime bosses that control much of the criminal activity in Medellin in occasional collusion with the city’s political and social elite.

The Oficina commander was believed to have started his career as a militia member of an unspecified guerrilla group, after which he joined the AUC‘s Heroes of Granada Bloc under the command of the notorious drug lord “Don Berna.”

As a mid-level commander, Pesebre was in charge of Medellin’s western districts. Since his arrest, these districts have come under pressure from gangs associated with paramilitary group AGC.

The paramilitaries that originate from the northwest of Colombia have attacked local criminals and law enforcement in an apparent attempt to gain territory in the city.