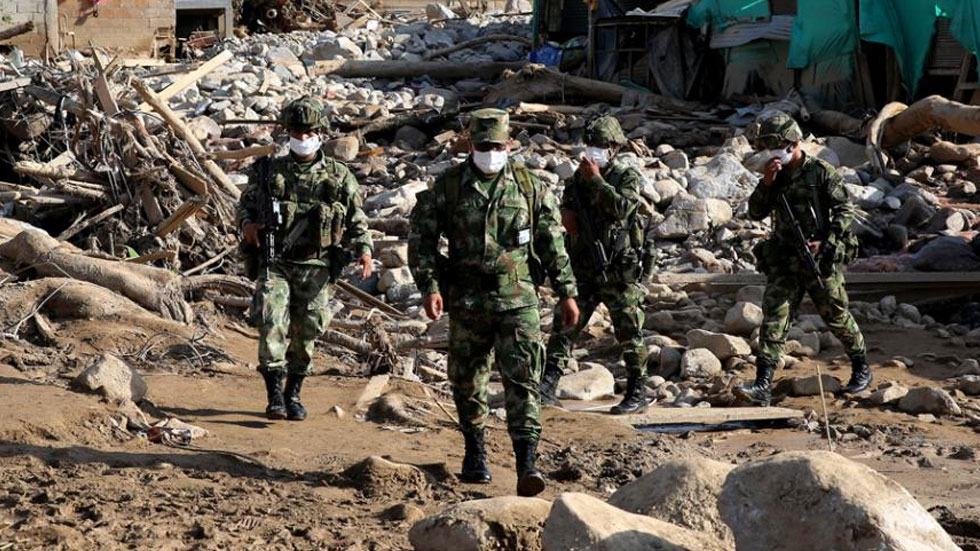 The mayor of Mocoa, the town in south Colombia that lost at least 300 inhabitants in a mudslide on Sunday, wants the military to assume public security tasks after reports of looting.

At least 25 people were arrested this week for looting shops and homes that had been abandoned after the disaster that destroyed much of the capital of the southern Putumayo province.

While some of the arrested looters were caught stealing luxury possessions, others were arrested stealing drinking water and food, according to Putumayo Police chief Colonel Omar Bonilla.

Some of the looters had come from other towns and provinces to take advantage of the chaos caused by Colombia’s deadliest natural disaster in decades.

Mayor Jose Castro told W Radio Friday morning that a militarization of the disaster area was the “healthy” thing to do after meeting with Defense Minister Luis Carlos Villegas and the military chiefs of staff.

“We can not allow that this type of crime or looting continues while the homes in the disaster area are abandoned,” Castro said.

“The people in the shelters can’t sleep knowing they fear they will steal the few possessions they have left,” the mayor added.

According to newspaper El Espectador, victims of the disaster have asked their dignity be respected and asked potential looters not re-victimize them.

The mayor said he had asked the defense minister and security forces to assume police duties to prevent further looting.

More than 3,000 Mocoa inhabitants lost their home in the disaster.