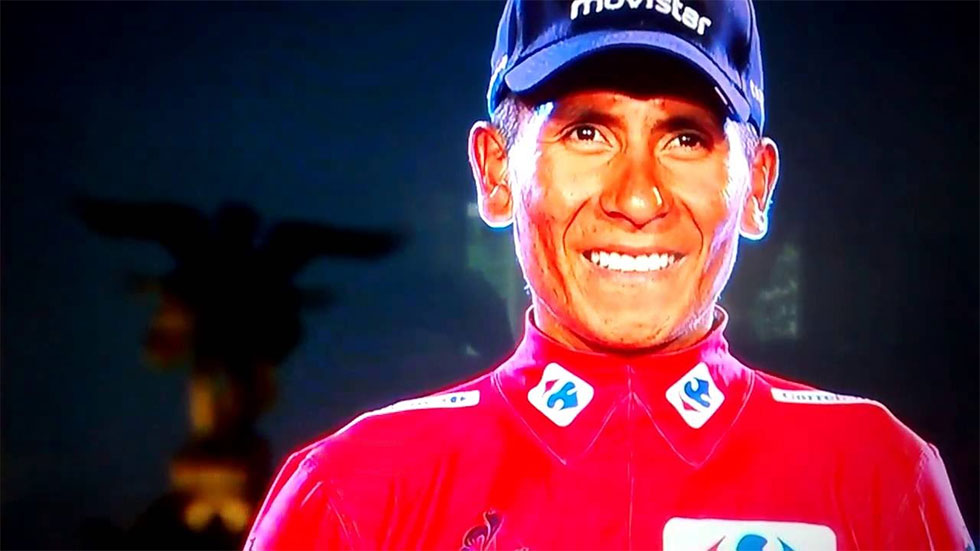 May the world know Colombia is peace, sports and love: Quintana

Colombia cycling sensation Nairo Quintana won the prestigious Vuelta a España on Sunday and took the opportunity to leave the world one message: “Colombia is peace, sports and love.”

The cyclist beat his main rival, Christopher Froome, in Spain only weeks after the Brit beat him in the Tour de France, the world’s most prestigious cycling tour.

But Quintana got his revenge in Madrid and took the opportunity to wave a verbal banner promoting his country.

“It’s a great responsibility representing Colombia before the world, but we are doing it today. May the world know that our country is peace, sports and love.”

The rider also took the possibility to send a more personal message on Spanish TV, to his parents.

“Thank you, for giving me life, for educating me and for giving me the strength to be where I am now,” an emotional Quintana told his parents Luis and Eloisa, a farmers’ couple from Colombia’s northeastern Boyaca province.

The 26-year-old Quintana is only the second Colombian to win the Vuelta and is slowly becoming his country’s most successful cyclist ever, having also won the Giro d’Italia.

Having taken home the Spanish red jersey, the leader of the Movistar cycling team is expected to be vying for the world’s most wanted cycling jersey, the yellow jersey of the Tour de France.