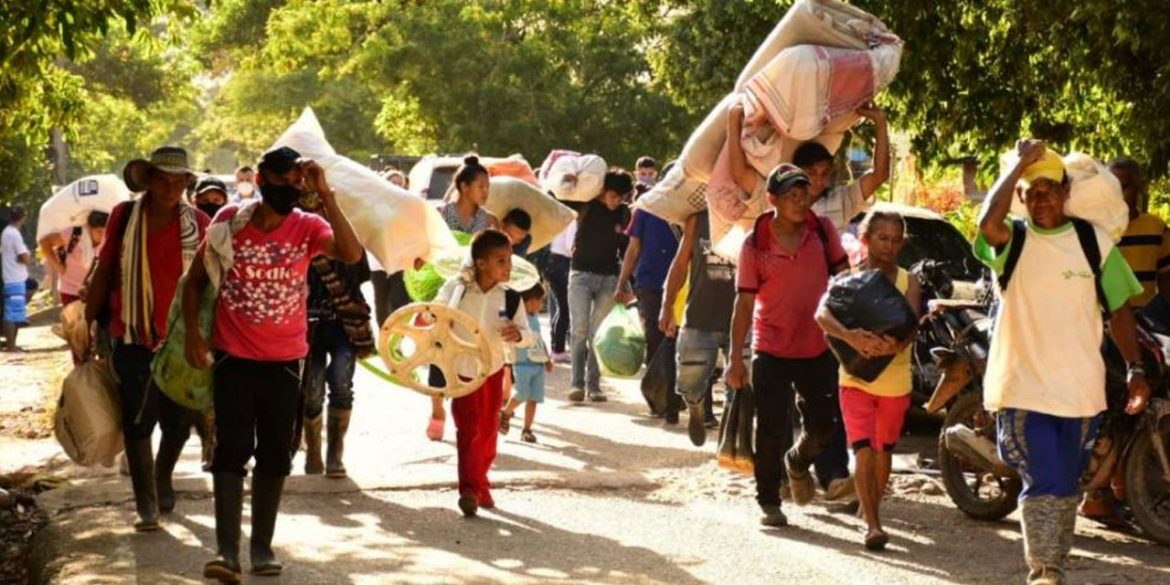 The massacre on Saturday in Tibu, a rural municipality on the border with Venezuela, took place amid a territorial dispute between the ELN guerrilla group and Los Rastrojos, a drug trafficking organization that largely controls the nearby border city of Cucuta.

According to the local coca farmers organization Ascamcat, locals living in a hamlet located along a drug trafficking route were murdered by the Rastrojos.

The ombudsman’s office said that another two people were found murdered in a neighbouring hamlet.

The mass killings took place after the ELN, which largely controls the Tibu municipality north of Cucuta, hung up a banner with their logo on a tree in the hamlet, apparently laying claim to the route.

More than a 100 families living on the border of ELN and Rastrojos territory fled to Cucuta and Tibu ahead of a possible turf war between the two illegal armed groups, according to local human rights defender Wilfredo Cañizares.

There is a lot of fear because of the intimidation, the fighting, the confrontations and the violent events that have taken place. The massacre was the trigger for the community to displace, despite the order of the Rastrojos’ not to do so.

Cucuta Mayor Jairo Yañez called on the national government to act on the deteriorating security situation in the rural area of his municipality.

Peace observers of the Organizations of American States demanded action by the government of President Ivan Duque and urged the armed groups to cease hostilities against civilians.

The Rastrojos’ control over Cucuta, which is of strategic importance for drug trafficking and contraband smuggling, is being disputed by the ELN in the north and paramilitary group AGC in the south.

Growing instability in Venezuela add to the tensions and the violence between illegal armed groups on both sides of the border.