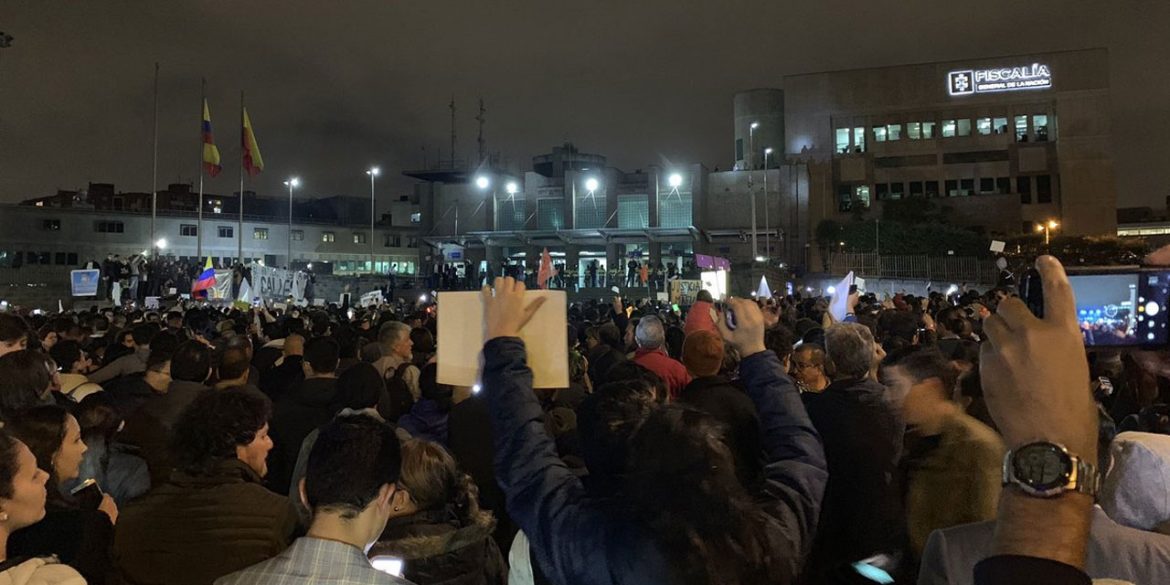 Thousands of concerned citizens, judges and prosecutors took to the streets on Friday to demand the resignation of Colombia’s chief prosecutor, whose alleged corruption has destroyed public confidence in the justice system.

Armed with flash lights and banners, people gathered at prosecution offices in almost all Colombia’s major cities to demand Nestor Humberto Martinez to step down.

Colombians in countries like the United States, France, Argentina and the Netherlands took to their country’s embassy and consulate offices to demand the resignation of the official who has become the personification of corruption in the South American country.

Police escorted the marches that occurred without any reported incidents and were unprecedented because they were organized by citizens rather than political stakeholders.

The twitter feed of the Prosecutor General’s Office, which had been employed to defend the institution’s allegedly corrupt chief, remained quiet since Friday afternoon.

The march was supported by judges, prosecutors and members of opposition parties whose leaders appear to have suffered political persecution by Martinez’ office after demanding his resignation in Congress.

The prosecutor first came under fire last year when his hand-picked anti-corruption chief, Luis Gustavo Moreno, was arrested on charges he mediated bribes between allegedly criminal congressmen and allegedly corrupt members of the Supreme Court.

Moreno is currently in prison in the United States where he was sentenced to four years in prison for corruption.

Since then, the son of the key witness and another witness died of cyanide poisoning. Two other witnesses have left the country and it is uncertain whether they will return.

Audio recorded by late key witness Jorge Enrique Pizano and released by media after his death showed that Martinez knew about the bribery practices of his boss’ business partner in 2015, a year before he was named Prosecutor General.

Martinez and the entire Prosecutor General’s Office have since been removed from the Odebrecht case because of Martinez’ failure to investigate one of the most damaging corruption scandals in Colombia’s recent history.