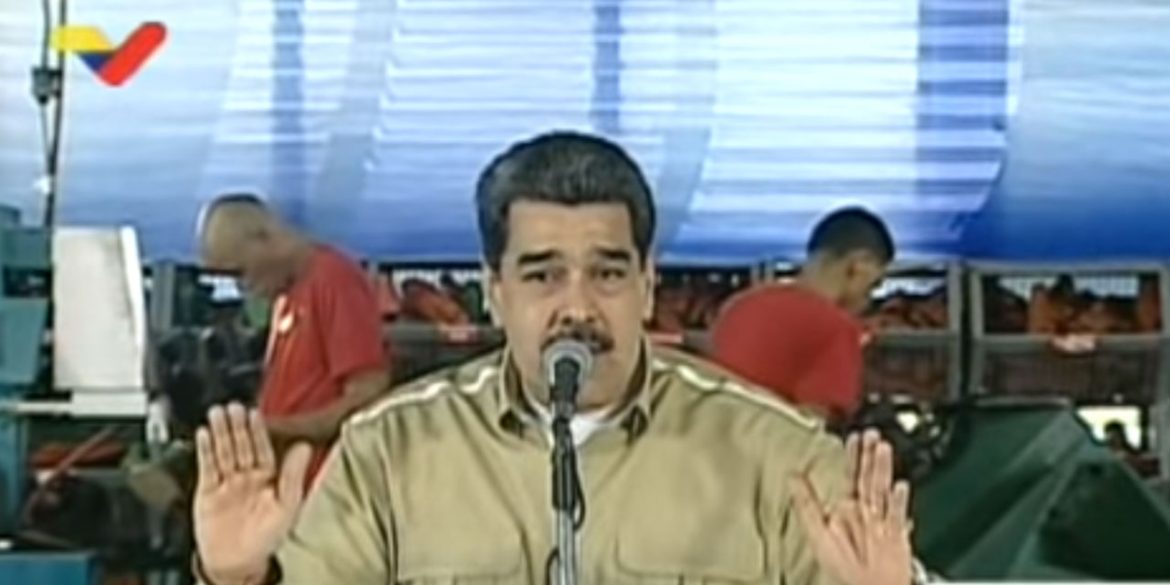 Maduro offers to reestablish ties with Colombia, but warns Duque arrested ally ‘is telling everything.’

Venezuela’s President Nicolas Maduro on Wednesday offered to reestablish ties with Colombia, but not without stressing that an arrested ally of his counterpart Ivan Duque “is telling everything about Colombia’s ruling class.”

In a televised speech, Maduro invited his Colombian counterpart “to reestablish consular relations” he broke off in February last year after a failed attempt by opposition leader Juan Guaido to force US aid trucks into Venezuela.

Venezuela’s authoritarian president made the offer after authorities on Monday arrested former Senator-elect Aida Merlano, a former congressional ally of the Colombian president who broke prison in October.

Duque rejected the deal and said “the dictatorship cannot hide behind arguments to take advantage” of the Colombia’s president’s weakened position.

The Colombian president insisted that he would seek Merlano’s extradition through Interpol, despite Venezuela’s authoritarian leader’s  offer to “be pragmatic” and reestablish consular ties.

Ivan Duque, listen to me. Venezuela has political conflicts with all European countries and all European countries have an ambassador, they have consuls in Venezuela and we have permanent communication with the foreign ministers from Europe, which is at 8,000 to 10,000 kilometers from Venezuela. With Colombia we are neighbors for more than 2,000 kilometers, we have 6 million Colombians living in Venezuela yet Ivan Duque refuses to have relations with the legitimate government in office I preside.

The not so nice Maduro

Maduro made it clear, however, that Duque’s refusal to reestablish ties would have consequences.

Venezuela’s intelligence agency SEBIN has been interrogating Merlano “and she has begun telling everything,” the neighbors’ president said.

SEBIN Director General [Gustavo] Gonzalez Lopez informs me that SEBIN has Senator Aida Merlano in custody and that she has already begun to testify and is telling everything about Colombia’s ruling class, everything.

Duque can only lose

While a deal to keep Merlano’s alleged testimonies under the table in exchange for the reestablishment of consular relations sounds simple, it would end Duque’s “diplomatic fence” to isolate Maduro and force him to leave power.

The governments of Colombia and the US want Venezuelan opposition leader Juan Guaido to assume power and organize new elections, which Maduro has refused.

Maduro expelled their diplomats in February last year after Guaido’s failed attempt to force American aid trucks over the border from Colombia.

Like Colombia some 50 countries from the Americas and Europe have refused to recognize Maduro’s 2016 elections, but all want Maduro and the opposition to negotiate a way out of the country’s institutional crisis.

Now US President Donald Trump is facing an impeachment trial and his administration has hinted also to favor negotiations, Duque is the only leader left to support Gauido’s refusal to talk.

The Colombian president’s refusal to accept Maduro’s deal is risky; Duque’s approval rating is virtually on the floor and Merlano is a close associate of some of his most powerful coalition partners.

Any testimony from the former lawmaker, true or false, could further damage the governability of Colombia’s president.