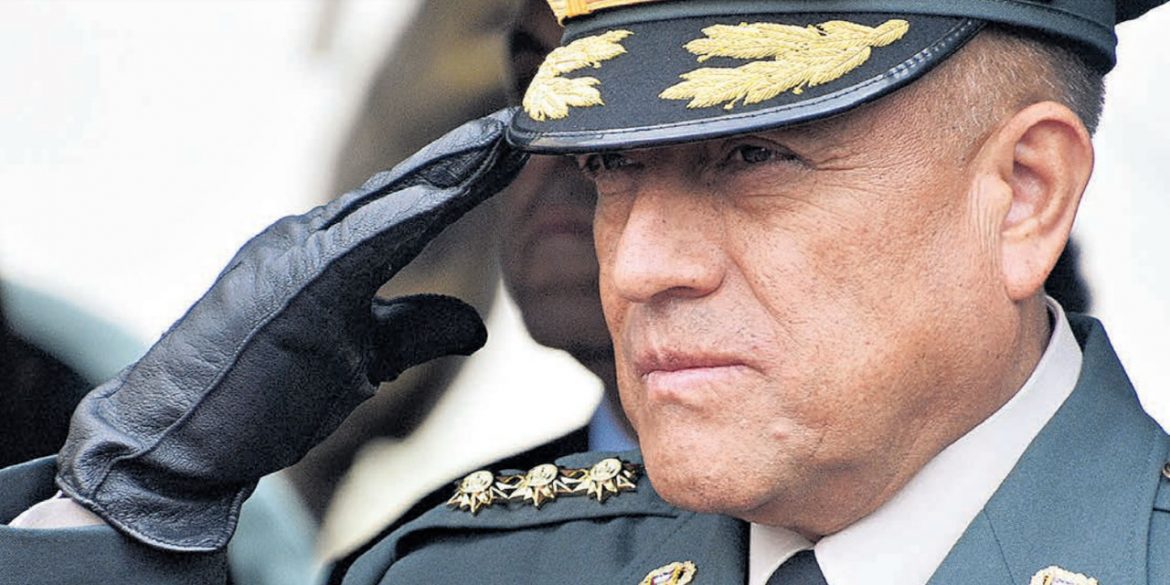 Colombia’s acting Defense Minister Luis Fernando Navarro is a four-star general with more than 35 years experience in the military.

Navarro was born in 1960 in Chia, a town in the Cundinamarca province just outside of the capital Bogota and enjoyed his high school education at the elite Jose Joaquin Casas university in the north of the capital.

At the age of 20, Navarro entered the military university where he graduated in military sciences.

He entered the military two years later as a second lieutenant in the infantry of the National Army.

During his career, Navarro gained some experience with politics as military attache in Chile and occupied multiple positions in the country’s military academies.

Particularly over the past decade, Navarro occupied key posts within the military.

In 2013, shortly after President Juan Manuel Santos began peace talks with the FARC, Navarro became the commander of the Omega joint task force, the unit that was responsible for fighting the now-defunct Eastern Bloc in the central and southern Meta, Caqueta and Guaviare provinces.

Two years later, he took over as head of the Special Operations Joint Command.

In 2017, Navarro became second in command of the National Army and was named commander of the Armed Forces by President Ivan Duque in December 2018.

Unlike many of his subordinates, Navarro has never been tied to any corruption or war crimes scandals.

The general held the military’s top position until November 2019, when Duque asked Navarro to replace controversial Defense Minister Guillermo Botero who had become submerged in scandals and accusations of incompetence.