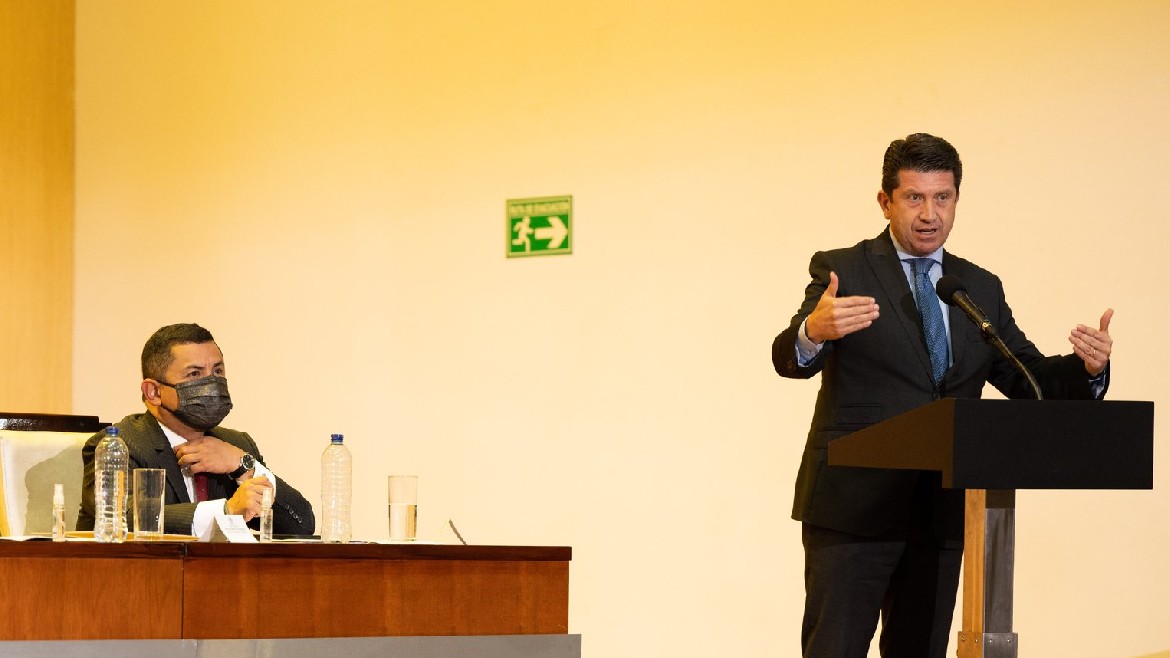 Defense Minister Diego Molano and far-right President Ivan Duque contradicted each other about the alleged new threat, but that didn’t seem to matter at the “International Seminar on Analysis and Prevention of Urban Terrorism” in Bogota.

Duque apparently wants the support of US ambassador Philip Goldberg to continue the “War on Terror” that was declared in 2011 in response to the 9/11 attacks.

When it comes to terrorism, everybody in the world is threatened.

The president specifically sought US support for sanctions against Venezuela, claiming that the dissident 33rd Front of now-defunct guerrilla group FARC “is protected in Venezuelan territory” as well as “Ivan Marquez.”

Duque also claimed that “Pablito” and “Antonio Garcia” of Colombia’s last-standing guerrilla group ELN were not in Cuba as previously announced, but also in the neighboring country

The president additionally sought support for his hardline counternarcotics policy that failed to prevent record cocaine production levels in 2020.

Molano mainly sought to criminalize dissent, claiming that any type of vandalism or violence was in fact “low-intensity urban terrorism” that justified the brutal cracking down of largely peaceful anti-government protests that started in April.

This type of actions seeks to destabilize democracies, destabilize economies and institutions, and that is why we do not and will not allow it.

The defense minister urged the importance to strengthen the country’s intelligence agencies to combat this “new threat,” which would imply spying on social organizations.

National Security Adviser Rafael Guarin stressed that “the prevention of and fight against terrorism must be focused on the protection of human rights.”

The US ambassador only expressed obligatory diplomatic niceties after the mass violation of human rights by the security forces increased tensions between Bogota and Washington DC.

While Duque and his security officials sought support to step up tyranny, US Congress may cut security funds if Colombian authorities fail to investigate and punish the mass killing of anti-government protesters.