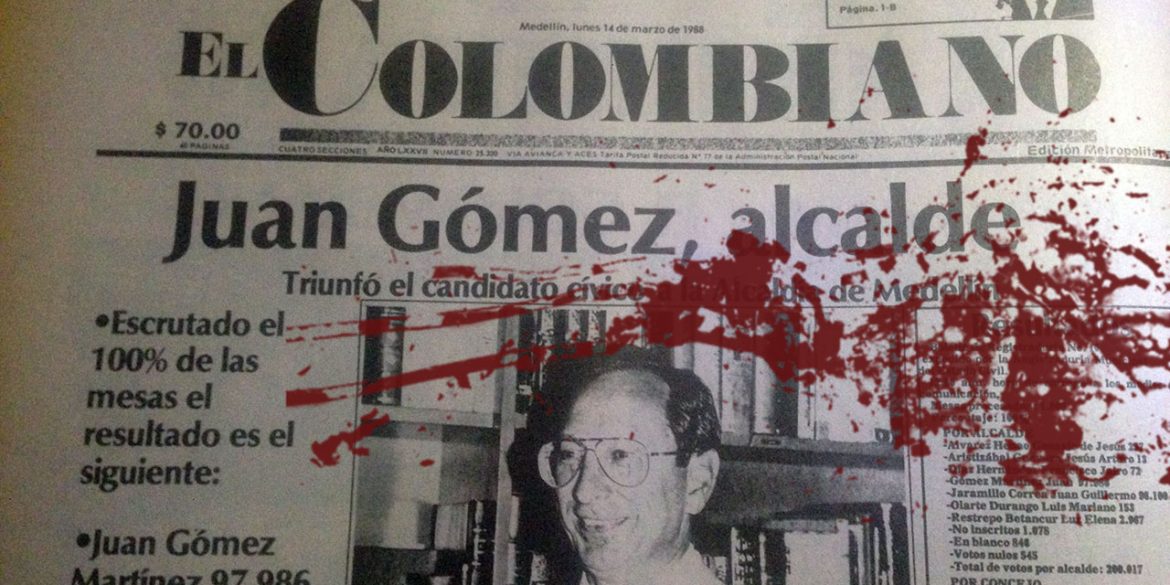 Pablo Escobar never made Medellin the world’s most dangerous city. Local authorities and media who turned a public relations campaign into a terrorism campaign did, according to multiple studies.

There is no doubt that the late drug lord was a terrorist, but Escobar never invented the “for every dead cop at least 10 dead young people” policy that ended up killing more residents of Colombia’s second largest city than the Medellin Cartel between 1988 and Escobar’s death in 1993.

Multiple studies of the violence in Medellin indicate that most homicides committed during the city’s most traumatic years were not committed by the Medellin Cartel , but death squads with ties to the security forces and the local elite.

In the nineties, also a “dark” sector of the National Police activated a hit squad, to respond to police killings… The order of these uniformed killers was: “For every policeman killed, no less than 10 young people should be killed.”

El Colombiano has been in on this for decades.  Initially, the local rag echoed the stigmatization of the city’s poor and those criticizing their stranglehold on power while making the terrorism of Medellin’s residents invisible or blaming Escobar.

The state terror supported by the local newspaper created a culture of fear in Medellin that persists until this day.

A pattern of retaliatory massacres 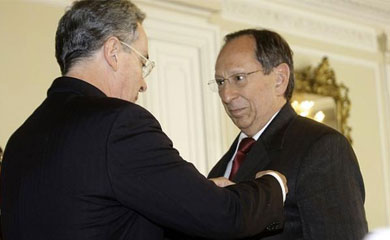 On April 4, 1990, alleged Medellin Cartel assassin Julian Sosa was killed in a reported attack on police that left at least one injured. Later that day, 14 people were massacred in the northeastern Manrique district.

One day later, one policeman and an army official were assassinated by presumed cartel assassins. This attack was followed by two massacres that killed 22 civilians on April 6.

“There are no leads to the perpetrators,” Gomez’s family newspaper reported.

While El Colombiano regularly attributed the police killings to the Medellin Cartel, the perpetrators of the countless massacres remained anonymous.

Multiple academic studies have since attributed these systematic retaliatory massacres to “Love for Medellin,” a state-sponsored terrorist group, which did not target Escobar associates like “Los Pepes,” but sought to eliminate even the possibility of opposition through “social cleansing.”

The death rates in the city of Medellin are higher every day, it is noted that no actions have been taken in the city of Medellin. Unfortunately, every day our brother, our neighbor, our friend dies… I have some information here at this moment, I don’t know if in this city, Mr. Secretary, crimes are committed by action or by omission. Because from this honorable town hall, we become accomplices where these kinds of things continue to happen. 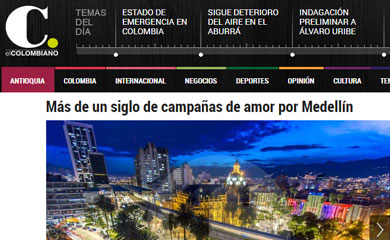 In Medellin, many locals still believe the terror imposed on their  city was the responsibility of Escobar, a myth actively promoted by Gomez’s newspaper.

Despite the shocking amount of evidence of state terrorism, local historian Jorge Orlando Melo insisted in December last year that “Love for Medellin” was a public relations campaign to educate the poor in an interview with El Colombiano.

The historian was Medellin’s Human Rights secretary between 1990 and 1993, the years that the police and members of the 4th Brigade made the Medellin Cartel look like amateurs.

In order for the people from the rural areas who were arriving to learn to live together in the city in a proper way, with regulations, cleanliness rules were issued, such as not throwing bedpans out of the window or tying the horses in specific places. Those rules of civility were written by Tulio Ospina Vasquez. This idea of educating the peasants came from the rich people of Medellin.

In fact, El Colombiano has never reported that “Amor por Medellin” descended from a public relations campaign into a campaign to terrorize the city’s residents, according to historian John Jairo Gonzalez.

In the press records, only one record appears that refers to “Love for Medellin” and corresponds to the newspaper El Colombiano (September 1, 1979) and reports on the inauguration of the headquarters for the foundation granted by the city’s mayor, Bernardo Guerra. Furthermore, it is worth noting that El Colombiano has made no reference to the extermination group like the capital’s press such as El Tiempo, El Pais, and Semana magazine have.

The evidence is piling up, but ignored

In one of his studies, historian Giovanni Restrepo said the mass killing of Medellin citizen portrayed as a public relations campaign by Melo was a de-facto policy “to control sectors of the city” that used terror to dissuade any kind of opposition or disobedience from both Medellin’s poor and intellectuals.

We can conclude that the city authorities (mayors, councilmen, governors, police commanders and the generals of the 4th Brigade of Medellin) acted with omission when the homicides caused by “Love for Medellin” occurred, we can affirm that they are not only responsible, but that they allowed the illegal activity of this group with the objective of controlling sectors of the city.

The local police’s anti-terrorism unit, COPEC, as well as Bedoya’s Battalion of Intelligence and Counterintelligence unit have been tied to several of these massacres most of which were covered up.

Retired police General Oscar Pelaez, who commanded the COPEC at the time, was charged with the 1989 homicide of late Presidential candidate Luis Carlos Galan in 2017, but never with the reported terrorist activities of his men.

The alleged terrorism accomplices still endorsed by the government

Gomez is still writing incendiary editorials in his newspaper despite his alleged complicity in the terror he allegedly has subjected his city to. His sister is a powerful mogul in the ruling Democratic Center party.

Then Foreign Minister Carlos Holmes Trujillo proposed Maria Mejia, who was the presidential adviser for Medellin during the terrorism campaign, as the director of the United Nations’ Office on Drugs and Crime earlier this year.

The alleged terrorism accomplice was rejected.

Meanwhile, many Medellin locals are not only unaware of their elite’s’ alleged involvement in terrorism, any opposition to them continues to be met by death threats, assassination attempts and other forms of terrorism.

It wasn’t until the war crimes tribunal began investigating and began exhuming the bodies of Medellin residents who had been murdered with the alleged complicity of the local elite, which has been complicit in terrorism just as much as Escobar.

Colombia Reports sent the Special Jurisdiction for Peace, which investigates war crimes, the scholarly reports sustaining claims made in this report.