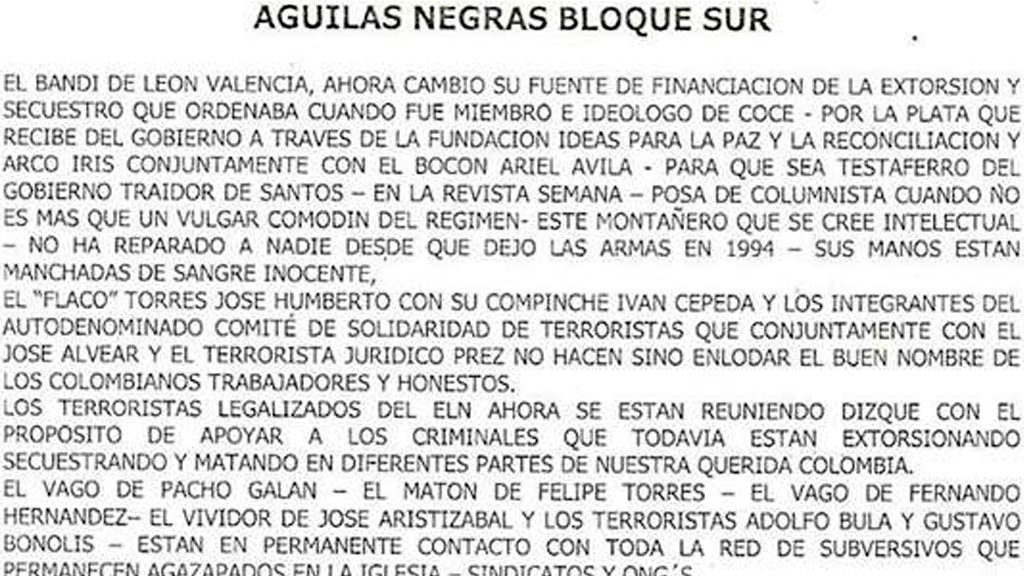 The mayor of Bogota and some of Colombia’s most prominent leftist opposition senators said they have received death threats from a neo-paramilitary group.

The letter, which was found this morning in the offices of the socialist Democratic Pole party and the Bogota Mayor’s Office, threatened to kill a number of lawmakers if they do not flee the city within 24 hours.

Among those listed were leaders of social organizations and political parties that support ongoing peace talks with the FARC.

The threat was signed by the Aguilas Negras, an extreme-right paramilitary group.

However, the government said that the letter could be from a number of militant groups that are trying to destabilize the government’s plans for peace, a claim they have made before.

In a statement on Twitter, Senator Claudia Lopez rejected the threats and said that she will not leave the city as ordered and will instead continue her party’s plan for stabilization.

“They cannot continue to generate this climate of uncertainty and imprudent threats,” Cristo told press.