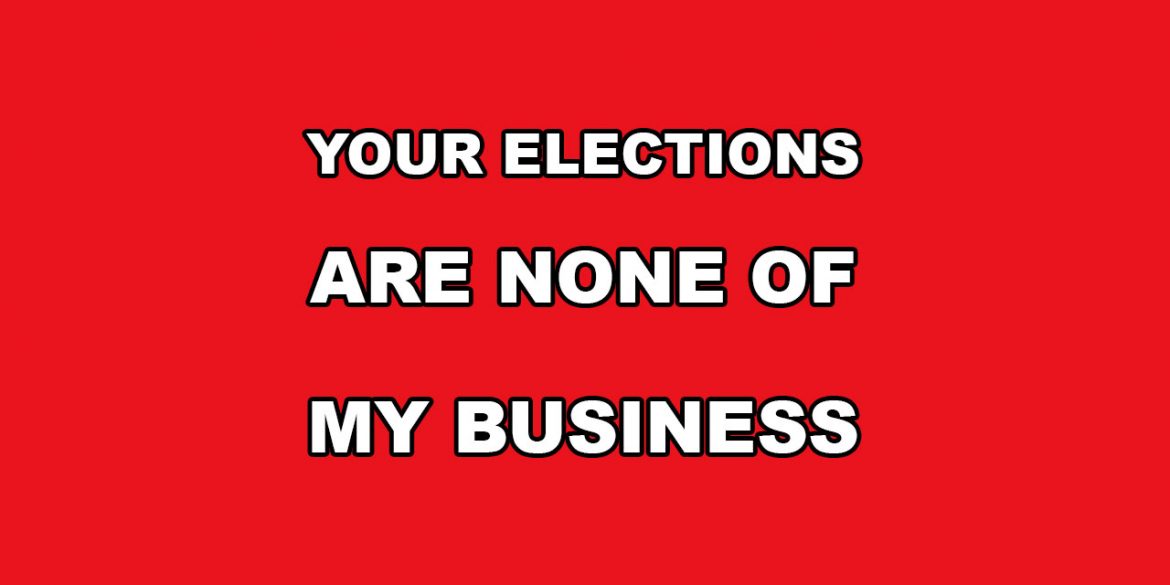 Incumbent US President Donald Trump should leave Colombia out of his election campaign as not doing so can only have negative consequences.

Whenever there’s an election in the United States I stay out of it for the simple reason that no American has ever asked me for my opinion.

My American readers should vote for whichever candidate they please if they wish to exercise their right to vote, it’s none of my business.

Having said that, Trump’s recent remarks about Colombia have been of such an incendiary nature that they are my business. I live here and would like to live in peace.

Trump’s surprisingly fierce attacks on Petro — who already survived an assassination attack — put the senator in increased danger. The incumbent president’s attacks on Colombia’s peace process destabilize the country, and for what?

So what if Petro was a guerrilla 30 years ago? Colombia didn’t even have freedom of religion then. Wilson Philips, a band I completely forgot about, topped the Billboard Top 100 when the M-19 demobilized.

Contrary to Trump’s claims, Petro is not a socialist. My auntie is though, and so what? I’m an anarchist, my parents are Christian conservatives and one of my best friends is a libertarian. Does anyone care?

Previously, the US president was going on about Colombia’s “terrible” peace process as if there is wrong with our desire to live our lives in peace. If I don’t have any enemies, who I am supposed to be at war with?

I hope you’ve never experienced war and I hope you never will, because it’s the worst thing I have ever seen.

Wars generally take a generation to overcome. Colombia is only in the fourth year of its peace process and still suffering a lot of violence it has yet to overcome.

I have had the pleasure of meeting Americans of all walks of life and I can’t imagine any of them objecting to our desire not to live in fear.

I don’t remember ever asking any of them if they were Democrat or Republican. I only care if someone is an asshole or not.

Being born in the Netherlands, I know for a fact that Americans are a lot nicer than the Dutch.

I totally understand people have opinions about socialism and capitalism and whatnot, but no election is worth putting people’s lives at risk or destabilizing other countries.