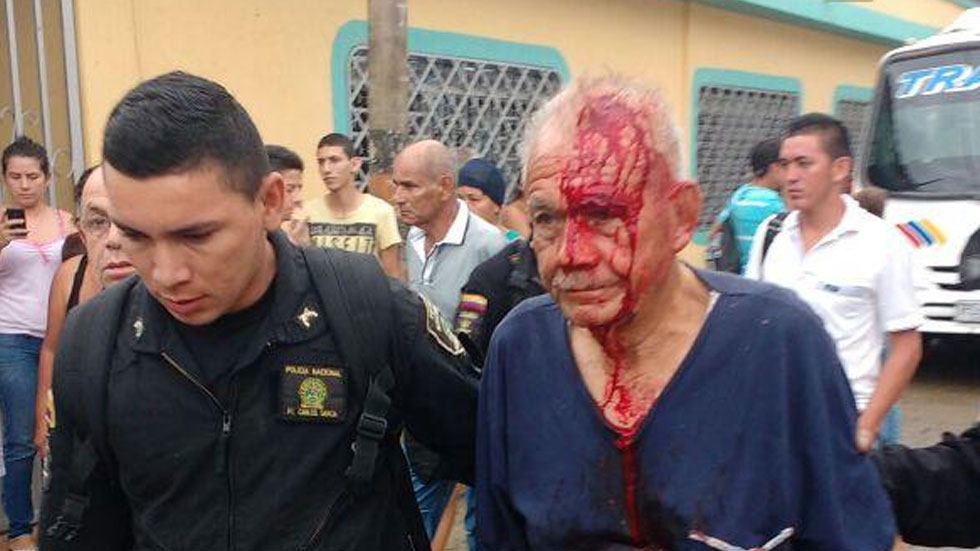 The attack targeted a riot police truck driving through one of the most populated districts of Cucuta, the capital of the troubled Norte de Santander province.

“We still don’t know who the perpetrators, but we suppose they are the [illegal armed] groups active along the border,” Cucuta police commander Yesid Mauricio Arango was quoted as saying by Blu Radio.

The top official speculated the attack could be retaliation for the National police riot control unit’s efforts to preserve public space in the city. He did not, however, rule out guerrilla responsibility for the attack.

Police are currently looking into the attack. Authorities have offered a $16 thousand (COP50 million) reward for information regarding the perpetrators.

Cucuta is Colombia’s main border crossing to Venezuela and economically relying heavily on contraband that is smuggled by both local gangs and nationally operating illegal armed groups.

The lawless region north of Cucuta additionally is home to major coca plantations where illegal armed groups like the EPL, the ELN and the Rastrojos vie for control.