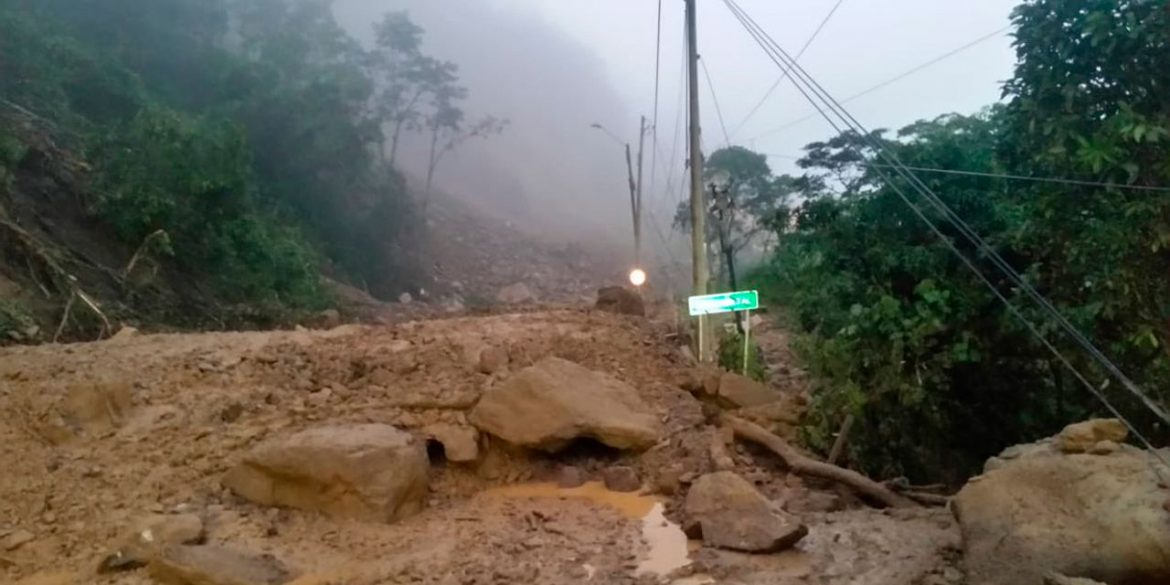 Landslides virtually disconnect one third of Colombia from rest of civilization

Major landslides in central Colombia have destroyed the road that connects the eastern plains with the rest of the country.

A number of landslides in Guayabetal, some 50 kilometers southeast of the capital Bogota, is severely complicating transport, the food supply and trade to the eight provinces that makes up the eastern plains.

The landslides have been occurring for a week and have complicated efforts to restore the main route between the capital and the eastern plains.

Two secondary roads allow the continuation of food supplies and trade, but has allegedly tripled the transport cost because the time it takes to travel from Bogota and Villavicencio, the capital of Meta, has gone from two to 10 hours.

The Meta governor’s office and multiple business associations from the east of the country have called on the national government to declare an economic emergency.

Such a measure would temporarily lift the affected area from paying sales and income tax and could prevent an exorbitant spike in food and transport prices in the region.

The national government ignored the emergency call, but urged locals and authorities in Guayabetal to be on highest alert in case a landslide hits the mountain town.

“We will continue to work together with the departments of Meta and Cundinamarca, the municipal authorities, the road concession and the emergency agencies to safeguard the life of the communities, which is and always will be our priority,” President Ivan Duque said Sunday on Twitter.

Road authorities and construction companies are trying to remove the approximate 30,000 metric tons of earth, rock and mud that have blocked the road, but are hindered by ongoing rains.

The adverse weather condition makes it unclear when reconstruction efforts can begin.