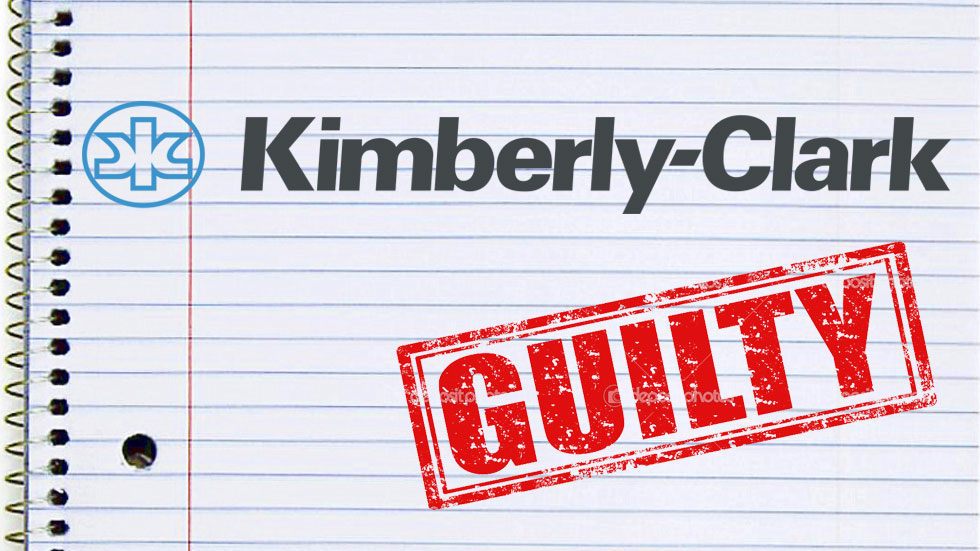 Colombia’s Superintendency for Industry and Trade fined multinational Kimberly-Clark and two Colombian companies for a total of $20 million for illegal price-fixing.

The Superintendent imposed the fine after authorities had established the companies had agreed to illegal price-fixing of school materials.

The “Notebook Cartel” scandal is the second to hit the American company in Colombia this year and also implicates Colombian companies Carvajal and Scribe.

According to the Superintendency, the three companies’ illegal “business cartel lasted at least from 2001 until 2014, based on the abundant body of evidence of its inception, implementation, execution, dynamics, participants and operation.”

While Carvajal and Scribe were sentenced to fines of approximately $5 million, Kimberley Clark will be forced to pay $10 million.

The directors of the convicted companies will also be held legally responsible and will have to draw their wallet.

Kimberly-Clark CEO Felipe Jose Alvira of, Carvajal CEO Gladys Elena Regalado and Scribe CEO Silvio Alberto Castro will all have to pay a $1 million fine for the criminal activities of their companies.

The Colombian branch of the Texas-based Kimberley Clark is having a particularly bad year because of its criminal activity in the South American country.

Earlier this year, the multinational was found guilty of illegal price fixing in the so-called “Toilet Paper Cartel” scandal.

In this scheme, companies sought to inflate their profit margin illegally at the expense of the Colombian consumer.

In that price-fixing scheme, the American company teamed up with three Colombian companies.

According to Caracol Radio, authorities have been investigating the companies since the year 2000, two years after Kimberly merged with Colombian paper company Colpapel.

According to news website Peru Reports, the American company is in court facing criminal charges for price-fixing in Colombia’s neighbor to the south.