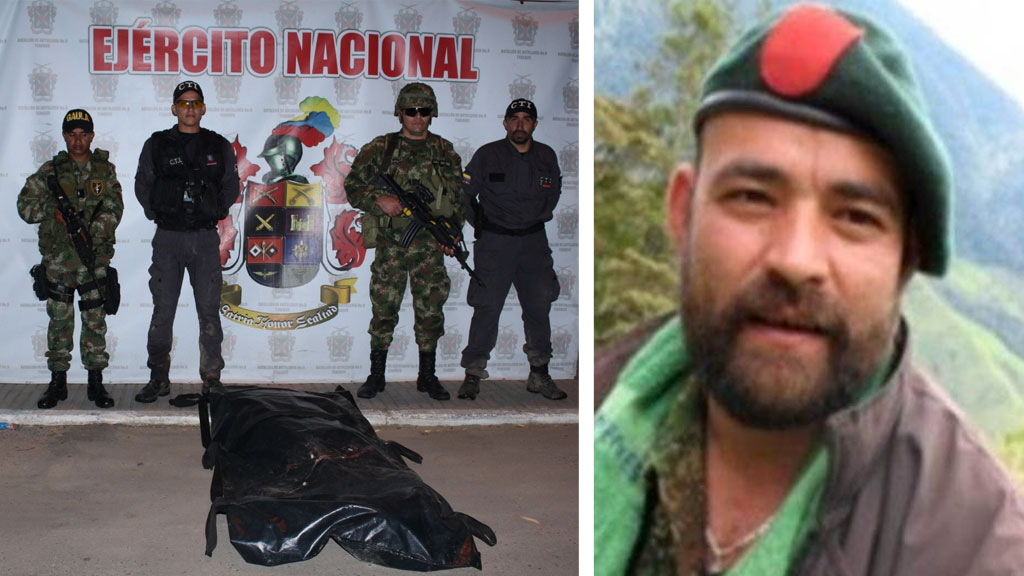 The body of a key FARC commander has been found in a grave in south-central Colombia, the Colombian army claimed on Wednesday.

The commander of the guerrillas’ 66th front, “Pedro Nel,” was found in an improvised grave in the Planadas municipality in the Tolima state.

According to the military, the deceased guerrilla commander was severely injured in combat with a military unit in the nearby Neiva department on March 12 when his unit was collecting extortion payments.

However, Pedro Nel was able to escape and fled to Tolima where he died hours after the clash with the military, according to the National Army’s 9th Division.

Army commander General Jaime Asprilla told press that the death of “Pedro Nel” “seriously affects the Central Joint Command [block] of the FARC” that is active in the Tolima and Huila states.

The ringleader’s death is the second important combat kill reported by the army this month.

On March 10, the military claimed to have killed “El Becerro,” the commander of the FARC’s 57th Front who has been alleged to be the guerrillas’ main drug trafficker along the Panamanian border.

The death of the 66th Front commander came only days after President Juan Manuel Santos announced a month-long suspension of air strikes against FARC targets.

While ground operations were to continue, the suspension of air strikes was meant to contribute to a de-escalation of the armed conflict.

Rebel and government negotiators in Havana, Cuba are discussing a bilateral ceasefire ahead of a possible final peace deal that’s been negotiated since November 2012 and would end 50 years of war between the guerrillas and the state.

However, following the suspension, the FARC criticized Santos’ concession and warned that the ongoing ground offensives could end a unilateral ceasefire called by the guerrillas in December last year.