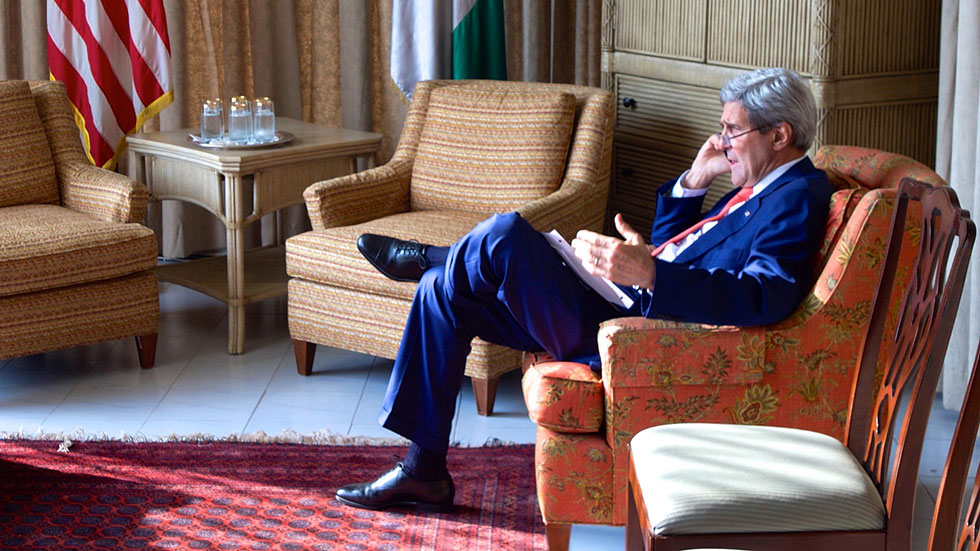 United States Secretary of State John Kerry sent Special Envoy to Colombia’s peace talks back to Havana to assist in crisis negotiations that follow the rejection of a peace deal with the FARC in a referendum on Sunday.

According to Colombian President Juan Manuel Santos, Kerry called the Colombian president to reiterate the Obama administration’s support for the peace process in spite of the crisis spurred by Colombian voters’ rejection of it.

On Tuesday, White House Press Secretary Josh Earnest said that ending the war in Colombia “certainly is within the national security interest of the United States to end this war. And we’re going to encourage all sides to pursue that peace.”

The United States, thus far, has played a constructive role in trying to facilitate that kind of an agreement and the United States stands ready, even through our Special Envoy, to try to support all sides as they reach an agreement that is consistent with the will and ambition of the Colombian people.

On Twitter, Santos expressed “gratitude with the US to support a national dialogue as a step towards a stable and long-standing peace and for reiterating his commitment to the Peace Colombia plan” that sought to invest $450 million annually on peace building efforts that were abruptly ended after a minute majority of Colombia’s voters sank the process.

According to Santos, Kerry sent the US Special Envoy to the formally finished talks, Bernie Aronson, back to Havana where anxious FARC and government negotiators await the results of talks between Santos and his predecessor and political enemy, former President Alvaro Uribe.

The former President led the campaign that successfully sunk the peace process after years of dismissing peace talks.

After years of refusing to talk to Santos or participate in efforts to come to a peace agreement with the FARC, Uribe accepted his successor’s invitation to talk.

Meanwhile, the situation in Colombia is tense as the unsuspected vote to end the peace process gravely destabilized the already delicate balance of powers between illegal armed groups, the largest of which was at the point of demobilizing and disarming.