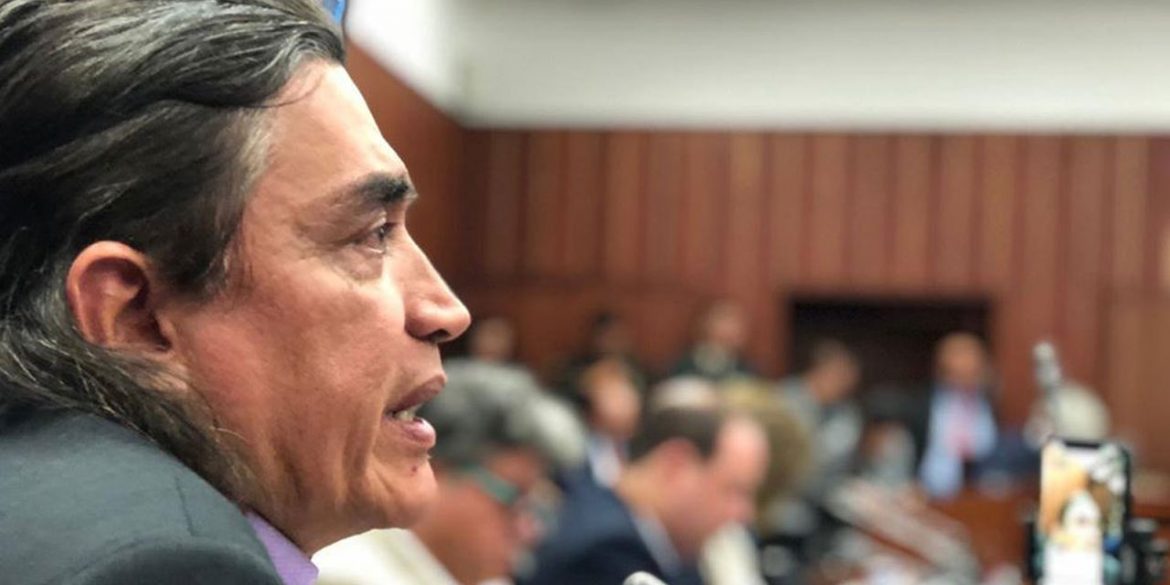 Five senators of Colombia’s opposition filed criminal charges against the security forces said Thursday they are not contemplating suicide, just in case.

Opposition Senator Gustavo Bolivar recorded himself and four of his colleagues in case something happens to them while taking the National Police and the National Army to court.

The senators filed the charges over, among other alleged abuses, the security forces’ violent repression of ongoing peaceful anti-government protests, the apparent kidnapping of three students, and the murders of a student, a demobilized FARC member and a native Colombian.

Additionally, the senators plan to take these cases to the International Criminal Court in The Hague, Holland.

“All these charges put us in the crosshairs, let’s be honest,” said Bolivar.

According to senator, he and his colleagues wanted to put on the record that they are happy and not suicidal to prevent confusing deaths like that of the key witness who tied former chief prosecutor Nestor Humberto Martinez and banking conglomerate Grupo Aval to corruption.

“We don’t believe this was a suicide. It was murder, just like his son,” said the senator.

When he was still Prosecutor General, Martinez said that his office concluded that the man who exposed him committed suicide after an investigation riddled with irregularities.

Taking on the security forces is risky business

Multiple witnesses in criminal cases against military commanders survived assassination attempts or received death threats over the past year.

Thousands of members of demobilized paramilitary organization AUC who could have testified against their associates in politics, the private sector and the military were assassinated after their demobilization.