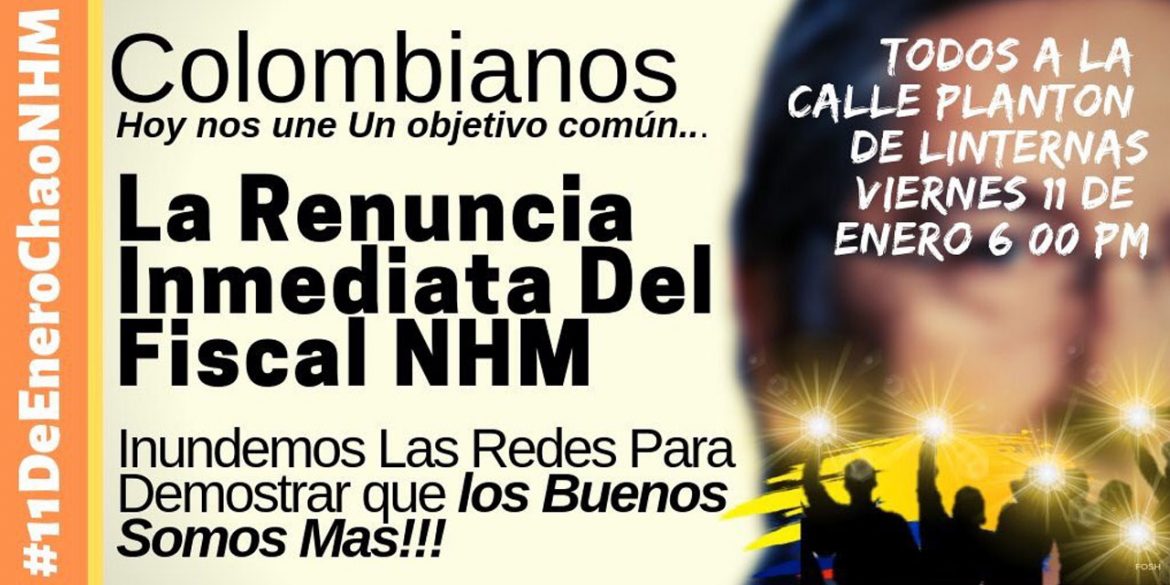 A citizen initiative to demand the resignation of Colombia’s disgraced Prosecutor General Nestor Humberto Martinez received a major boost after judicial workers announced they would join marches on Friday.

The judicial branch’ largest labor union, ASONAL, said its members would join the citizen initiative that already received the support of centrist and leftist opposition parties.

Martinez’ position has become virtually untenable after a US judge sentenced his hand-picked former anti-corruption chief on bribery charges and evidence arose indicating he failed to investigate the Odebrecht bribery scandal despite knowing about it a year before taking office in 2016.

The chief prosecutor’s apparent conflict of interest and failures to adequately investigate Odebrecht’s corruption practices in Colombia spurred the Supreme Court to appoint a special prosecutor in December.

Despite his tarnished reputation and opposition calls for his resignation, Martinez has refused to step down.

Citizens have been organizing protests in all major cities for Friday 6PM and will be joined by judges, prosecutors and other court officials, according to ASONAL.

We are accompanying the citizens. It’s a civic process that seems valid to us and it is time that the judicial branch is also aware of what is happening… The conditions for the continuity of the prosecutor general are not in place. The fact that the prosecutor, or the Prosecutor General’s Office, is responsible for investigating and prosecuting Odebrecht’s corruption framework, disqualifies the prosecutor who has a conflict of interest.

Before the Supreme Court appointed him Prosecutor General in 2016, Martinez was the judicial adviser of Grupo Aval, Colombia’s largest banking conglomerate and the business partner of Odebrecht at the time of the bribery practices between 2009 and 2014.

The initiative is unprecedented in Colombia as citizens have never before taken the initiative on social media to demand the resignation of a top official.