A Bogota judge on Monday ordered the investigation of the son of Colombia’s richest man over his alleged involvement in the Odebrecht bribery scandal. 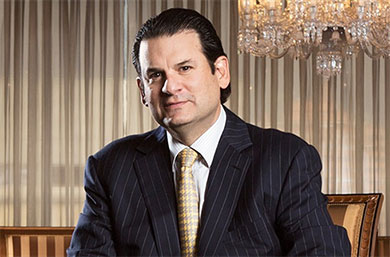 Melo’s 12-year prison sentence was partly based on the testimony of Luis Antonio Bueno, Odebrecht’s former top dog in Colombia.

According to Bueno, he was told by Melo’s CFO at Corficolombia, Gustavo Ramirez, that Sarmiento Jr. was in on the bribery of jailed former deputy Transport Minister Gabriel Garcia.

I had a quick conversation with Gustavo Ramirez and told him what had happened the night before and at the end of the conversation I mentioned the agreement with Gabriel Ignacio and he said that he was going to inform Luis Carlos Sarmiento Jr.

The judge ordered this investigation of Sarmiento Jr., Ramirez, and three Grupo Aval associates who allegedly conspired to bribe Garcia.

The conviction of Melo and the investigation of Sarmiento Jr. are only thickening the plot of the Odebrecht scandal that has already left two witnesses dead and is implicating some of the country’s most powerful people.

Prosecutor General Nestor Humberto Martinez, Grupo Aval’s former judicial adviser, has been removed from the case and President Ivan Duque met with Odebrecht officials in Brazil ahead of alleged illegal payments made to Duque’s party, the Democratic Center, ahead of the 2014 elections.

The alleged widespread corruption in the very top of Colombia’s executive and judicial branches have complicated criminal investigations that have been marred by irregularities.